Will LeBron James’ Pro-Beijing Comments Give ‘Space Jam’ a Shot at a China Slam Dunk? 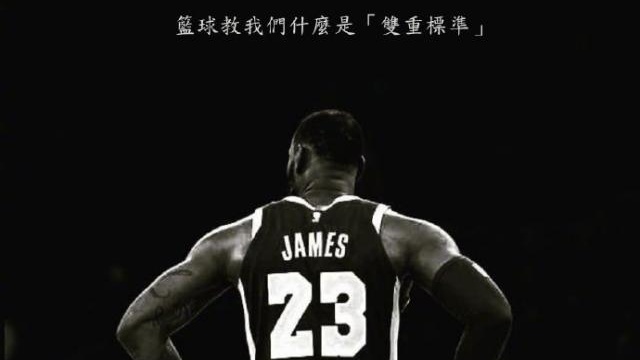 With the NBA still on the outs with China and Nike hit with Chinese backlash over Xinjiang, it might seem that “Space Jam: A New Legacy” has two serious fouls against its chances of entering the world’s largest film market.

But signs indicate that Beijing may uniquely embrace the “Space Jam” star LeBron James in a way that could actually give the film an assist, despite China’s ongoing spat with the league and James’ lifetime Nike deal.

The Malcolm D. Lee-directed film debuted in U.S. cinemas and on HBO Max on July 16. If it ever releases, it will hit China at least a month later, significantly depressing returns.

The NBA’s China troubles date back to 2019 when Houston Rockets general manager Daryl Morey tweeted in support of pro-democracy protesters in Hong Kong, infuriating Beijing and leading state broadcaster CCTV to banish the league from its airwaves.

While others in the league defended Morey’s right to free speech, James came out instead in sympathy with China. He regretted that the manager had spoken while “misinformed,” stating: “I believe he was not educated on the situation.”

Though the Black Lives Matter advocate’s stance was derided in the U.S. as hypocritical, it was cheered in China. The official Communist mouthpiece the People’s Daily twice defended him against censure at home, posting his photo to its official social media with a caption arguing that the criticism revealed the “double standards” of American freedom of speech.

That official goodwill may have lingered. The NBA has yet to return to regular broadcast on CCTV, but the CCTV6 China Movie Channel — which is controlled by the propaganda department in charge of film approvals and censorship — recently played a substantial two-minute-long special segment advertising “Space Jam.”

Notably, it refers to James as an “American basketball player,” not an NBA player.

While slight, the clip can be read as significant: It is one of just a handful of instances since the 2019 incident that CCTV has even mentioned anything related to the league at all. Other instances include two news items (one on the death of Kobe Bryant, the other on the impact of COVID-19 on NBA players) and just two broadcasts of actual play: Games 5 and 6 of the 2020 NBA Finals, showdowns between the Miami Heat and James’ own Los Angeles Lakers.

Meanwhile, the Nike issue may also block the film’s shot. Earlier this year, Chinese consumers demanded a boycott of the brand for expressing concerns about forced labor in the cotton supply chain in the Xinjiang region, where the U.S. government assesses that Beijing is committing genocide. A number were so incensed they burned their Nike shoes, posting the images to social media — an awkward counterpoint to the debut of new Nike LeBron footwear in “Space Jam.”

So far, other Hollywood blockbusters without China release dates on the books include “Black Widow,” “Jungle Cruise” and “The Suicide Squad.” The future is uncertain even for the Marvel Cinematic Universe, one of the most beloved franchises in China, as the possibility looms that Beijing may deem the upcoming Phase Four films “Shang-Chi and the Legend of the Ten Rings” and “The Eternals” politically problematic. (In an earlier broadcast on the MCU, CCTV6 declined to even mention their existence.)

Hollywood, it seems, must increasingly adopt the attitude James expressed back in 2019 when asked whether China’s politics would impact the NBA’s future: “At the end of the day, only time will tell. None of us know. We’re all in an unknown, and we’ll see what happens as the day goes on.”