‘Kurt Vonnegut: Unstuck in Time’ Review: A Portrait of the Fabled Writer Who Turned Darkness Into Play 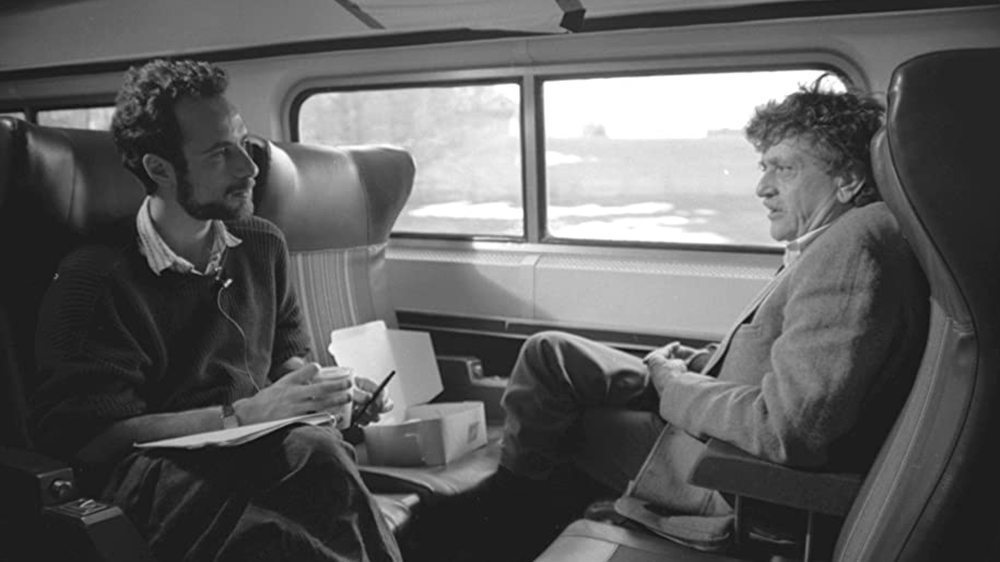 “Kurt Vonnegut: Unstuck in Time” is two documentaries in one. It’s a film about the life and work of Kurt Vonnegut, and on that score it covers most of the bases and captures what it was that made Vonnegut the quintessential pop-philosopher novelist of his era — the quips and catchphrases and sci-fi curlicues, the whimsically upbeat cynicism of his chain-smoking Mark-Twain-of-the-counterculture image, the way that, in “Slaughterhouse-Five” (1969), he took his experiences as a witness to the bombing of Dresden in World War II and turned them into a mythology of war that caught the despair and bitter insanity of the Vietnam era, and the fact that he wrote fervently, obsessively, but always in the spry, plainspoken, wit-as-dry-as-kindling voice of the Midwestern scion of Indianapolis he was. If you want a handy primer on one of the fabled writers of his time, “Kurt Vonnegut: Unstuck in Time” will more than do.

But the film is also a documentary about the making of a documentary. It tells the story of how Robert B. Weide, the film’s co-director (who is best known as the executive producer and Emmy-winning director of the first five seasons of “Curb Your Enthusiasm”), first started to work on his film about Vonnegut 40 years ago. Weide (pronounced why-dee) got turned onto Vonnegut in high school, which is when so many people discover him (for a long time, Vonnegut was to high school what Ingmar Bergman was to college), and in 1982, when Weide was 23, he sent a letter to Vonnegut asking if he’d cooperate in the making of a movie about him. Vonnegut said yes, and the filming commenced, with Weide following the author around to public appearances, interviewing him on Amtrak trains, and amassing a mountain of footage. But he never finished the film.

He picked up the project decades later, long after Vonnegut had died (in 2007). Weide has a lot of great footage, and he had shot incisive interviews with Vonnegut and his family members; that’s what gives “Unstuck in Time” its satisfying period texture. But Weide also keeps telling us the completely unnecessary backstory of how he put together his long-delayed documentary, and the main motivation for this seems to be to chronicle his friendship with Vonnegut. The two became pals, though Weide never lost his awestruck view of Vonnegut. And that, in a way, is the problem with that side of the film.

Weide, who comes on as a brainiac mensch, seems to feed off the attention of a certain breed of caustically funny showman-artist (in addition to his bond with Larry David, he has been Woody Allen’s most ardent defender). It’s clear in the movie — too clear — that he’s immensely flattered by how close he got to Vonnegut. Look, there they are, arms around each other’s backs, posing for another photo. Here are the heirloom Victorian candlesticks that Kurt gave Weide and his wife, Laurie, for their wedding. Here’s an actual mention of Weide in one of Vonnegut’s final books. All of this bloats the movie, but more than that it’s hard to escape the feeling that Weide is basically showing off, flaunting how cool it was to be friends with the great man.

The film is on livelier ground when it simply sits back and tells Vonnegut’s story. He built his artistry on a grand paradox: If you scrutinize his novels for their Vision Of Existence, it’s easy to say that Vonnegut took a rather dim view of the human animal, teetering between absurdity and outrage. Yet the key to Vonnegut’s popularity is that he did it all with a consummate sense of play, observing his own misanthropic tendencies with the joy of a cosmic comedian. In doing so, he seemed to turn his own cynicism inside out.

Life, as Vonnegut observed it, is full of blarney and pain, but oh, how he relished the ride! “Slaughterhouse-Five,” the book that made him famous, was a war story about a man who’d become “unstuck in time,” and that ability to leap through life liberated him and the novel. “Breakfast of Champions” (1973), Vonnegut’s vacuum-cleaner survey of contemporary America, with its primitively witty illustrations by the author, was like Mad magazine written by a stoned Salinger. America, as Vonnegut captured it, had become such a mad carnival of fakery that you had to just laugh at it and love it.

Early on, the movie tells us that Vonnegut, when he was a prisoner of war in Germany, put his head against the trunk of a tree and literally foresaw what would happen in Dresden. He saw the future, and since time travel is the mechanism of “Slaughterhouse-Five,” and Vonnegut could almost be classified as a sci-fi writer, we wonder if the movie is going to play with our heads in that way. But, in fact, it drops the theme of Vonnegut’s psychic bent entirely. The way he saw wasn’t mystical — but it was so big-picture it was almost mystical. “My books are mosaics of jokes,” he tells us, “about serious things.” He turned seriousness into pop and the pop impulses of sci-fi into literature.

The sections on Vonnegut’s early career are fascinating, because we see how the poetry of his imagination was molded by the commercial forces of his day. In 1949, while working as a PR writer for General Electric, he sold his first story to Collier’s, and the world of magazine short stories then sustained him. They were like the television of their time, so he had to shape his sensibility to that market — which tilted him into sci-fi, and into a kind of accessible jocularity, a mode he retained when he began to write novels. He had three children, and lived in the Cape Cod town of Barnstable, a serene existence upended by a freak accident: His sister, who had four children, was dying of cancer, and her husband, on his way into New York, was on a train that went over an open drawbridge and plunged into the water below, killing dozens of people, including him. Vonnegut took in the four children, and suddenly his stable writer’s life was chaos.

Fame created its own chaos. After the success of “Slaughterhouse-Five,” Vonnegut left his wife and family to be with Jill Krementz, the photographer who was taking his publicity photos. He became a toast-of-the-town writer, hobnobbing with Mailer and Updike at George Plimpton parties. All his books were reissued in the iconic ’70s paperback editions that most readers know them by, but his moment didn’t actually last all that long. “Slaughterhouse-Five” and “Breakfast of Champions” shook the cultural rafters. By the time of “Slapstick,” in 1976, critics were complaining that he was repeating himself, turning his catch-phrase whimsy into shtick.

Yet he’d become such a culture hero that right until his death, he packed every venue he spoke at. And you can see why. As a speaker, with his laughing eyes and impish mustache, he really was the 20th century heir to Mark Twain. “Of course it is exhausting,” he would say, “having to reason all the time in a universe that wasn’t meant to be reasonable.” For all his acerbic insight, he never lost the sense of an inner sadness that defines us all. Late in the movie, we see him tell an audience, “This day is as real as any we’re going to live, and yet we have an idea that we’re headed for other days, and better days.” In a line like that, you can hear the cynicism and the optimism majestically intertwined. Vonnegut saw life at its darkest and, through some kind of alchemy on the page, made you feel good about it.