Shay Mitchell on ‘Dollface,’ ‘The Cleaning Lady’ and the ‘No F—s Era’ of Her 30s 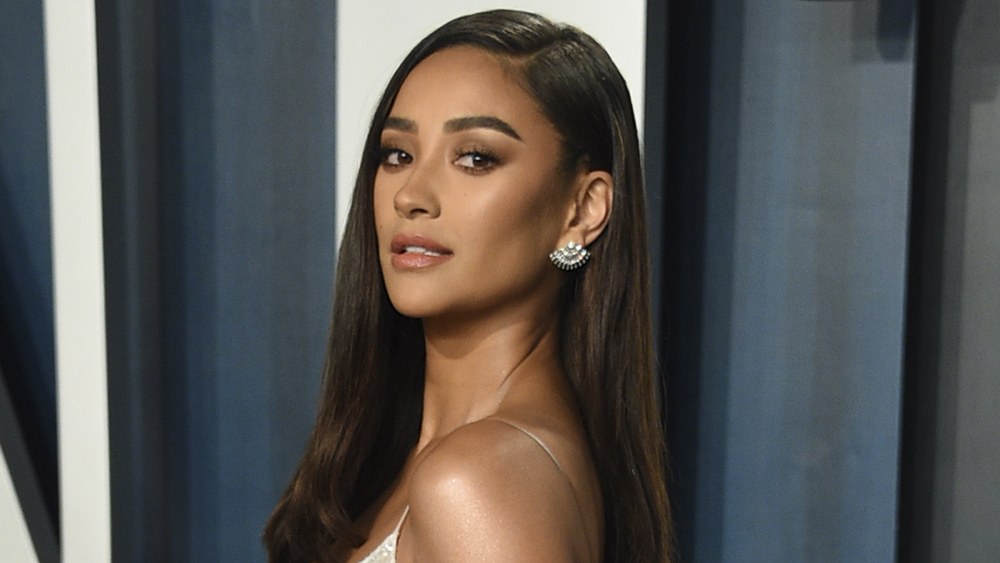 Shay Mitchell is staying busy. The early months of 2022 have seen Mitchell’s return for Season 2 of Hulu’s “Dollface” as well as this January’s premiere of “The Cleaning Lady,” the Fox drama for which she acts as executive producer. Her personal life has also seen changes: Mitchell recently announced her second pregnancy in a heartfelt post that also commemorated her grandmother, who’d died the week before.

In Season 2 of “Dollface,” Mitchell returns as Stella — the carefree siren of spontaneity, who has an expansive codex of life experiences. After deciding at the end of last season to pursue her entrepreneurial dreams at business school, she lands a dull internship in a workplace unwilling to take her seriously. Soon, she finds herself confiding to local dive bar owner Liv (Lilly Singh) and pitches an ambitious idea: rebuild Liv’s struggling bar into something catered specifically toward women. But when the two begin dating, risk lingers over their business partnership as they decide how much of themselves to give to their new relationship.

“The Cleaning Lady” sits as far opposite on the genre spectrum as is possible. Élodie Yung stars as Thony de la Rosa, a doctor from the Philippines living in the U.S. on an expired visa as she awaits a vital medical treatment for her son. She gets by working as a cleaning lady until stumbling upon a crime that forces her into the service of the mob. An exploration of motherhood and the injustices perpetrated against undocumented people in the U.S., Mitchell’s first foray into producing for network television is a fierce one.

In a conversation with Variety, Mitchell discussed her television ventures.

First, I want to say congratulations. How have things been since announcing your pregnancy?

Honestly, it’s been good. You know, when you make that initial announcement it’s kind of nice. Now I can let it all hang out, literally. Like I said in the in the post, it’s been a very up-and-down past few weeks. But I’m really excited and I know my Gram is too. We’re excited for the new addition. So thank you.

It was just fun to be back in the space, playing Stella again. I’d like to say she’s maybe who I was back in the day, pre-child. It’s such a light, easy show. When we’re not shooting, all of us girls are together just laughing. We couldn’t be more different as actors and people, just as our characters couldn’t. It was really fun to be able to hang out, especially since it had been so long.

Did you have a favorite episode this season?

I had a favorite part to an episode! The dancing one. It was so funny for us all to be doing that dance class together. It was a great workout, we didn’t take ourselves too serious. It was just fun, you know? I put myself in Pussycat Dolls stance. I was like: “OK, so this season, in this episode, I’m Nicole Scherzinger.” I did my best impression of what that would be like.

I loved the music festival episode. What was it like shooting that?

We were fortunate because Esther [Povitski] and I actually only had to shoot that for one day, whereas Kat [Dennings] and Brenda [Song] did it for three or something and it was scorching hot outside. It was fun to be able to get so dressed up. We were like “Golden Girl”/”Euphoria” girls, which is what we called it. Millennial “Euphoria” girls.

We have to talk about The Gi Spot.

Oh, God, the bar that I need for real? I want a bar like that. The marketing entrepreneurial side of me thinks that maybe I need to open one. So stay tuned for that! But I do feel like it is such a much-needed place. There’s a million-and-one sports bars. Tell me one bar that’s like the Gi Spot. Clean bathrooms, a carefree atmosphere, not having to worry about getting hit on or anything happening to your drinks. It’s my hope that somebody brings it to life if it’s not me.

What was it like to work with Lilly Singh?

We were two Canadian girls just living our dream, shooting a show together. There’s such an appreciation, you’re always pinching yourself: I don’t care how long you’re in this industry. And it’s cool that we’re both from Toronto. I’ve known Lilly now for a while, she’s so funny. She’s so great.

This season, Liv and Stella start dating. Did you always envision the character as queer?

What I was most drawn to with Stella is that there aren’t any boundaries with who she is. She does what she feels and I love that. It bleeds into her love life, she literally falls in love with the soul of a person. When she told the girls that she was dating Liv, there wasn’t even a conversation about it. When you play a straight character, it’s not like “Oh, so now you’re into guys?” I love that with Stella’s character, she’s dating Liv and their question was “do you think it’s good to date your boss?” not “do you think it’s good to date another girl?” There was none of that.

They do breakup, sadly, at the end of the season. Do you see them getting back together?

I have no idea! As an actor and as Stella, I have a revolving door of love interests in all characters that I’ve played. For me, I’m like: What if Stella was in a throuple for next season? Of course, I love working with Lilly, so that’s why I say throuple. But let’s add in another person! Let’s stir some stuff up.

Anxiety about 30 is a big theme this season. What advice would you give to women taking the next major steps in their life?

You don’t have to have it all figured out when the clock strikes midnight on your 30th birthday. Just because there’s a 30 Under 30 list from Forbes doesn’t mean that’s your timeline. Life is all about is figuring out who you are. Enjoy it. Make your mistakes, learn from them, pick it up, keep going. There’s no right time. Similarly to Stella, turning 30 was not something I was worried about. I’ve had the best years of my life in my 30s. This was a no-fucks-era for me. I learned a lot about myself when I was in my 20s. That was such a fun time to experiment, but so is your 30s. Continue experimenting, never stop learning and growing. Don’t care as much about what other people think.

We could all definitely take that to heart for sure.

Also four words: Jennifer Lopez, Halle Berry. Like, hello? What is age? They’re crushing it. 30 is nothing but a number.

Do you feel like you have your own Cat Lady?

100% — now more so than ever. Being a mom, I need to go through my checklist and a I’m little less carefree. Not completely. But sometimes I do have to check myself and say: As much as you would like to stay home and not get ready, maybe you should go out. So I have my own version of Cat Lady. She doesn’t pop up as much as she does in Jules’ life. But I think we all have that person in the back.

Let’s talk about “The Cleaning Lady.” You’re an executive producer. What drew you to the property?

I saw the original series called “La Chica Que Limpia” and I fell in love. It made me ask myself some really tough questions. After finishing the series, I wanted to take that concept but explore topics of privilege and exploitation in the U.S. as it pertains to immigrants. Finding Miranda [Kwok] and discussing the concept for the show was awesome. I also knew that I wanted a diverse cast that provided prominent roles for people who are often underrepresented.

It captures the invisible perils of being undocumented. How did you make sure to tackle those obstacles accurately?

I am half Filipino, let’s start with that. I have a lot of family members who have doctorate degrees, are lawyers very successful in the Philippines. But when they came here, they had to give that up and they worked as cleaning ladies or nannies. I really wanted to have these characters represent what I witnessed and what I still do on a daily basis. It was important for me to have a Filipino cast. Thony is Cambodian, but we had her live most of her life in the Philippines. Elodie is just such an incredible actress that when I saw her audition tape, I was like, boom, this is perfect. And it’s cool because we get another opportunity to shine the light on two different ethnicities. The more diverse we could get this cast was super important. I wanted a whole variety because I feel like that is what the world truly is. And I don’t see that represented on TV.

Like you said, seeing the things you don’t recognize as a citizen of the states adds such a different dimension to their problems. The simple act of going to the ER. You have to question: You may be deported if you go, is it worth it? I’ve seen every episode now three times over, but I still question: What would I do? How far will you go to save your family, to protect your son? And she goes far.

When asked if she would like to highlight any organizations fighting for immigration rights, Mitchell provided the following: The International Rescue Committee, Miry’s List and National Domestic Workers Alliance.

This interview has been edited and condensed. All 10 episodes of “Dollface” are now streaming on Hulu. “The Cleaning Lady” airs Monday nights on Fox at 9/8c.