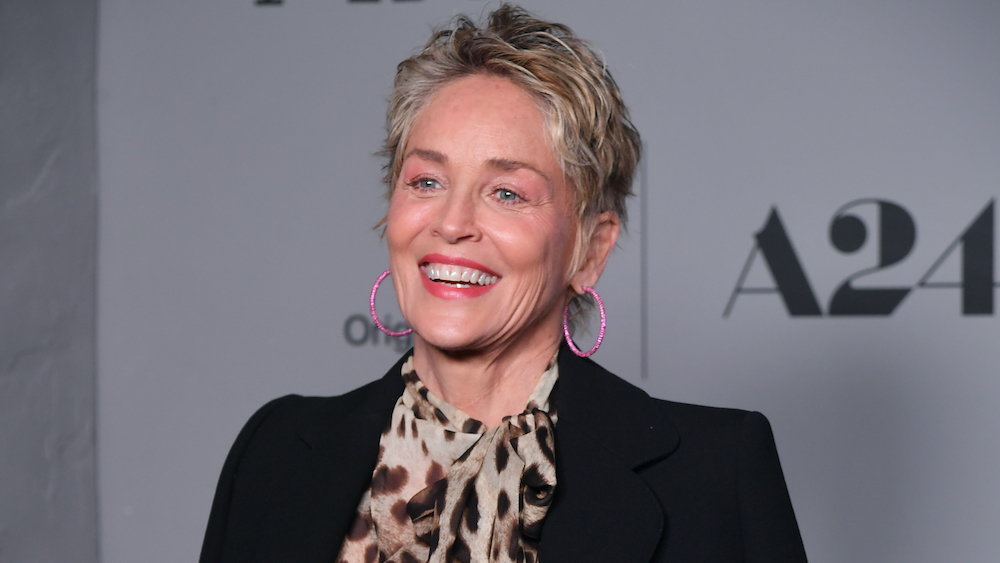 Sharon Stone has been tapped to play villain Victoria Kord in DC’s upcoming “Blue Beetle,” its first superhero movie starring a Latino character, Variety confirms. Victoria Kord is a new character created for the film, which will premiere in theaters on Aug. 18, 2023.

Raoul Max Trujillo (“Mayans M.C.”) also joins “Blue Beetle” as Carapax the Indestructible Man. Stone and Trujillo star alongside Xolo Maridueñ (“Cobra Kai”) as the lead role of Jamie Reyes, the alter ego of the Blue Beetle, a vigilante who has a scarab grafted onto his spine that gives him tremendous powers and the ability to emit blue energy.

This marks Stone’s second turn as a major villain, following her portrayal of Laurel Hedare in DC’s 2004 movie “Catwoman,” starring Halle Berry as the titular role.

DC has dominated the box office as of late with Robert Pattinson’s “The Batman,” which debuted to $134 million in the U.S. in its opening weekend. Upcoming superhero films include “The Flash,” a jaunt through the metaverse that will see the speedster interact with Michael Keaton’s Batman, as well as a sequel to “Aquaman.” Also expected later this year is DC’s anti-hero movie “Black Adam” starring Dwayne Johnson.

Sharon Stone Gets Candid About Life After Her Stroke: ‘People Treated Me in a Way That Was Brutally Unkind’

Sharon Stone is back. And after famously serving as amfAR’s Global Campaign Chair for 15 years, she’s taken on a new role as advocate for brain-aging diseases that disproportionally affect women. Only one third of Alzheimers patients are men, for instance. And don’t even get Stone started on strokes. “This is why I do it: My mother had a stroke. My grandmother had a stroke. I had a massive stroke — and a nine-day brain bleed,” she told Variety at an event she hosted to raise awareness for the Women’s Brain Health Initiative in West Hollywood on Wednesday night.

They say that Hollywood loves a comeback but unfortunately, that has not been Stone’s experience. “People treated me in a way that was brutally unkind,” she said. And she wasn’t referring to men (other than perhaps her ex-husband Phil Bronstein). “From other women in my own business to the female judge who handled my custody case, I don’t think anyone grasps how dangerous a stroke is for women and what it takes to recover — it took me about seven years.”

During that time, Stone suffered insurmountable losses, both professional and personal: “[From] trying to keep custody of my son to just functioning — to be able to work at all,” Stone added. “I was so grateful to [LVMH head and now the second-richest person in the world] Bernard Arnault, who rescued me by giving me a Dior contract. But I had to remortgage my house. I lost everything I had. I lost my place in the business. I was like the hottest movie star, you know?” she said, her voice trailing off. “It was like Miss Princess Diana and I were so famous — and she died and I had a stroke. And we were forgotten.”

But what Stone wants people to remember is her potentially life-saving advice: “if you have a really bad headache, you need to go to the hospital,” she said. “I didn’t get to the hospital until day three or four of my stroke. Most people die. I had a 1% chance of living by the time I got surgery — and they wouldn’t know for a month if I would live.” At the time, Stone wasn’t even aware of how dire her chances for survival were. “No one told me — I read it in a magazine,” she added.

The sister of “Dr. Quinn, Medicine Woman” was another one of the lucky survivors of a brain aneurysm. “She had a massive headache and collapsed,” Jane Seymour told Variety. “She was not expected to live, and they had to close down [the set of] ‘Dr. Quinn.’ I was by her bedside the whole time. But she managed to relearn how to walk, talk and she’s good now. We call her the miracle.”

Even though Stone didn’t initially feel any love from the sisterhood, she was certainly surrounded by admirers on this night. Andie MacDowell, Kelly Lynch, Garcelle Beauvais and Rumer Willis were among the actresses who turned out to show their support at celebrity florist Eric Buterbaugh’s galley. And as far as they’re concerned, Stone is still a hot movie star. “I’ve known Sharon a long time and she is truly powerful woman,” Tom Cruise’s producing partner, Paula Wagner, told Variety. “Whatever she undertakes, she does it with great strength and intelligence and brings awareness to it. So it’s wonderful that she is bringing this story openly and honestly. She inspires me.”