Shang-Chi and the Legend of the Ten Rings

From ‘Shang-Chi’ to ‘West Side Story’: Simu Liu and Ariana DeBose on ‘Cultural Authenticity’ in Their Breakout Films 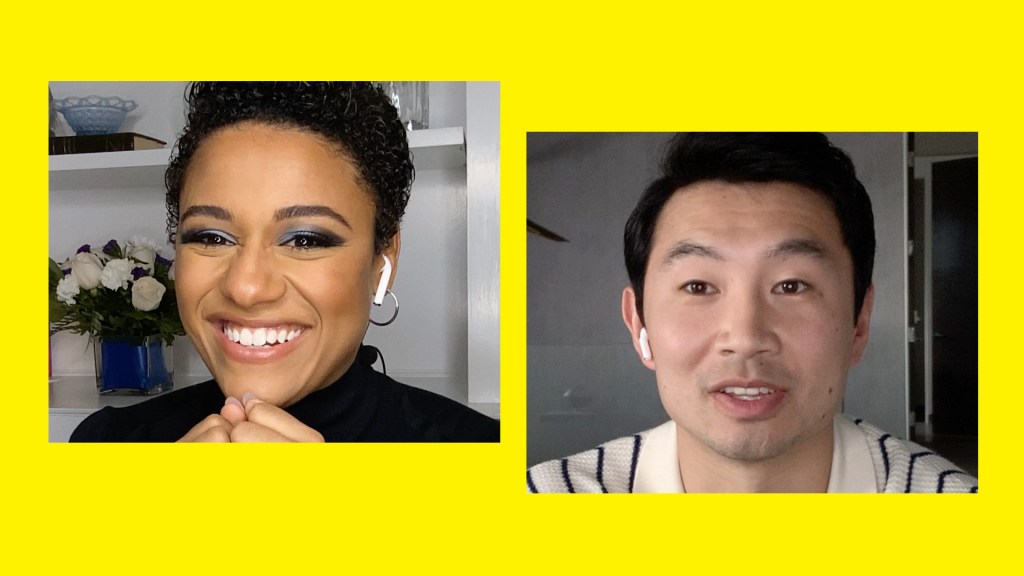 Ariana DeBose (“West Side Story”) and Simu Liu (“Shang-Chi and the Legend of the Ten Rings”) sat down for a virtual chat for Variety’s Actors on Actors, presented by Amazon Studios. For more, click here.

Prior to 2021, Ariana DeBose and Simu Liu had certainly worked as actors. DeBose was a Tony nominee (“Summer: The Donna Summer Musical”) who’d appeared in Netflix’s “The Prom” and Apple TV Plus’ “Schmigadoon!” Liu was a former stuntman who’d co-starred on the Canadian sitcom “Kim’s Convenience.”

But after their breakout roles last year — DeBose as Anita in Steven Spielberg’s reimagining of “West Side Story” and Liu as Shang-Chi in Marvel Studios’ superhero blockbuster “Shang-Chi and the Legend of the Ten Rings” — they’ve both suddenly become household names.

SIMU LIU: We’ll get to the amazingness that is “West Side Story” and how incredible you are in it. Before we do, I had a different question that maybe goes back a little bit further. You achieved a life dream of mine quite a few years ago. You were on a little show called “So You Think You Can Dance.”

LIU: It’s all I’ve ever wanted.

LIU: In my college, I was in a hip-hop competitive dance team. It was right in the heyday of “So You Think You Can Dance” and “America’s Best Dance Crew.” I was all about it. I didn’t study for any of my classes because of it. What was your process auditioning for the show, and what was it actually like to be on it?

DEBOSE: Oh, my gosh. That show was the craziest whirlwind for an 18-year-old. I had known quite a few people that had done it. I grew up dancing with Travis Wall and Martha Nichols. And so, it felt very tangible to me. That is a crazy thing that I just said, but it felt really tangible. And so going into it, it’s what everybody thinks it’s going to be. It’s a little dog-eat-dog. Dancers, we love each other, but we want our spot, you know?

I think the greatest thing I learned is that it is a television show. You think it’s just about dance, right? No, it’s still TV programming. So it is casting and creating storylines and relationships and all this stuff. You definitely don’t know that at such a young age, or at least I didn’t.

I love that you have a dance background, which makes a lot of sense because in your film, “Shang-Chi,” what got me initially was your physicality. I would assume there’s a lot of rehearsal that goes into something like that?

LIU: When I got the part, they asked me about my martial arts background and experience, which of course I exaggerated because I wanted the job really badly.

DEBOSE: You bluffed your way into the part — I love it!

LIU: I had done some work as an on-again, off-again stuntman, but if we’re honest, I think I was more of a dancer than I ever was a martial artist. Pretty much from the moment I was cast, I started working with trainers and learning how to move. I had such awful flexibility. My groin and my tendons were just so stiff. A big part of that early process was just bending my body and trying to rip those legs apart.

But what was great too is it was my first movie, going in…

DEBOSE: Wait, what? Was that your actual first movie?

DEBOSE: I am so blown away. I—

LIU: What a crazy first movie to do, right?

DEBOSE: I love that you talk about just how much work and discipline that goes into this, because I do find that physically-based work, I don’t know that it really gets its due, often. I will say I’ve noticed Brie Larson is very good about talking about all the physical training she has to go through and the physicality of being Captain Marvel. But I don’t know that we really talk about, in the industry, what’s required to execute this type of work.

DEBOSE: I remember seeing the press release for it: Steven Spielberg and Tony Kushner will collaborate on “West Side Story,” their reimagination. I was like, that is awesome! I am not getting that job! I was on Broadway at the time, playing Donna Summer. I just didn’t see that Anita or any character in “West Side Story” really being for me. Most Anitas don’t look like me. Rita Moreno, at least, certainly doesn’t look like me. But I think Steven did himself an incredible service by going out and searching not only for talent authentic to their culture but also triple threats. And that means looking for unknowns. I don’t know that folks in the industry are accustomed to making stars anymore.

LIU: We are a very inertia-driven business where it is easier to kind of attach yourself to something that is already moving, rather than to put something in motion from a static point.

DEBOSE: The dancing, you know, Justin Peck, our choreographer, he created essentially a new vocabulary. You have to be a technician and someone who can just truly let go and be pedestrian. That’s actually very hard. Sometimes dancers look showy and performative, and that’s not necessarily of service to every piece.

LIU: Making it appear as if it is not over-choreographed was equally important for our movie. We worked with an incredible action director in Brad Allan who sadly passed away last year. He came from the Jackie Chan stunt team and has such an awareness of fighting in a way that is dance-like. He played such a big role, alongside our fight choreographers, in making each action sequence feel like a living, breathing thing.

DEBOSE: Your director, Destin Daniel Cretton, and screenwriter David Callaham, they are of Asian descent. I would wager that adds to cultural authenticity in regards to your film.

LIU: I would 100% agree with that. When I learned that [Destin] was going to direct “Shang-Chi,” the feeling that I had was relief. I don’t know if you experience this — I think in my community, we call it “rep sweats.”

LIU: Whenever a project is announced with an Asian cast, the feeling that you get at first is not necessarily elation or joy. It’s nervousness. Are they going to get this right, or is it going to be the other thing? We’ve seen a lot of the other thing, so it’s quite natural to be cynical. If you had just looked at those comic books that were written in the 1970s by white people, and you were to say, “Adapt that into a movie,” I think there’s just so many ways that it could have gone wrong.

DEBOSE: I understand. Some would say I overstand. Our stories need to become timeless in their own time because we relate to each other. That’s what makes me excited.

DEBOSE: He’s really collaborative, which I was shocked by a little bit because I got the sense that he had his film in his head and he knew what he wanted out of every moment. I went in prepared to say, “What do you need, and I will deliver.” And I actually walked into a partnership. He wanted our input. He wanted to know if what he initially blocked felt authentic. If it didn’t, he changed it. He wanted us to follow our instincts. He gave us autonomy over our jobs, our characters, our experience. And I think our film is all the better for it. Did you feel that kind of support on your set?

LIU: Similar to you, I went in expecting, with a machine like Marvel, that I was just going to be a tiny little cog in the wheel. So I was surprised by how much I was asked to provide feedback, at kind of every opportunity. And then you get used to it and you show up and you’re like, “I have ideas. Let’s get ready to work.” For an actor, there’s nothing more fulfilling.

DEBOSE: We love to hear it!

DEBOSE: Yeah. And also, let me just take this opportunity to say people sleep on that show, because … Oh, wait a second. Simu, I believe you are a fellow “SNL” host, sir.

LIU: Yeah. I feel like there’s a lot to talk about.

DEBOSE: There’s so much. You’re making wigs in real time. You’re picking not only looks for us, but for every cast member, every rep player. Writing in real time. You start out with 40 sketches and then you narrow it down to 20. That’s in less than 24 hours. And then you only end up with what, seven or eight sketches that make it to air? That’s every week. It is one of the hardest things I’ve ever done.

LIU: It’s crazy. You start on the Monday, you have a kickoff call. And they’re just like, “Great. Do you have any ideas?” And I was like, “Oh, I think I’ve got a couple.” And then Tuesday is also pretty slow. You go in, you meet some people. The writers tell you what they’re thinking. You’re like, “Okay, great. Sounds good.” And then you show up on Wednesday, and then there’s like a stack of papers about this thick.

LIU: And then you’re like, “Oh, I have to go table read this in, like, 20 minutes.” And Lorne is sitting right next to you. You’re basically sight-reading at this point, you’re rapid firing through 40 scripts. And then Thursday rolls around, and before you know it, you went from a Monday meeting that was, for me, like 15 minutes to a 17 hour day. And then Friday is a whole other beast, because y