Sex And The City 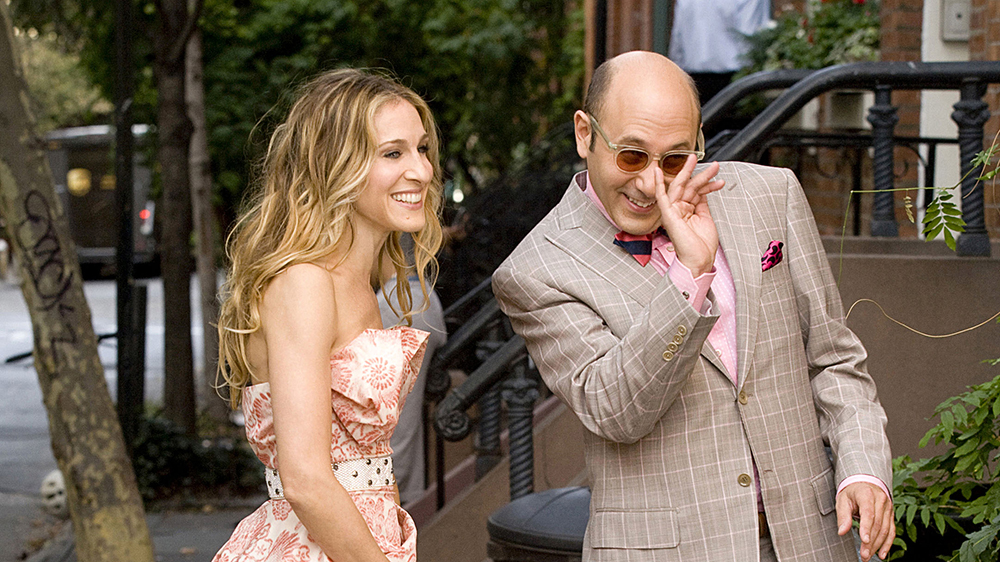 Willie Garson was, in his most famous role as “Sex and the City’s” Stanford Blatch, a constant. Lovers came and went for Stanford’s best friend, Carrie Bradshaw, but Stanford was a perpetual presence — reliably warm, witty and humane even when being drawn in once again to Carrie’s chaos. It’s a testament to Garson, who has died at age 57, and his screen presence that while Stanford was not among the show’s leads, it’s hard to imagine future iterations of the franchise without him waiting in the wings with a bon mot cued up.

Much has been written about the friendships among the women on “Sex and the City,” and about the love matches between the show’s four central figures and the men they chose. But Stanford had a special place on the show as a choice Carrie kept making — the one who, outside of the show’s whirl and its rock-solid quartet, provided crucial insights to and about Carrie. With his friend, he alternatingly delivered a sort of tender tough love and a gleeful indulgence she couldn’t find elsewhere; to viewers, he revealed to us Carrie’s ongoing desire for deep, sustaining connection outside of her core group.

Which is not to say that Garson’s purpose on the show was only to reflect star Sarah Jessica Parker’s glow — although, as a consummate scene partner, he did that elegantly. As the show went on, Garson also came to conjure a painful need of his own, a sense of yearning and of confusion in matters of the heart. On the edges of the show, Stanford’s story mirrored the protagonist’s own journey, and suggested a whole universe of lonely people trying to find their way in Carrie’s Manhattan. He was a figure of glamour, and Garson’s ease with erudition and comfort in a loud suit made Stanford sing. But there was soulfulness here as well that Garson’s performance pushed to the fore; Stanford was a supporting character, and a supportive one, but his big, aching heart ensured he wasn’t on the show’s sidelines.

Garson had a long and diverse career, including roles, recently, on “White Collar,” “Big Mouth,” and “Hawaii Five-0”; in his offscreen life, he was a father, an advocate for adoption and a warm and bright presence on social media. It may be unfair to remember him within the context of a single part, but the kindness Garson brought to bear on his portrayal of Stanford marks it as a unique achievement. There was no particular reason that a show that took a moment to find its voice in the late 1990s might have treated a prominent gay character with warmth, roundness and humanity; a straight actor like Garson taking the role might not, necessarily, have treated Stanford without condescension.

But Garson brought cleverness and craft to the part, so much so that Stanford became a vital part of the show’s lore, included in the follow-up movies and in the upcoming HBO Max continuation “And Just Like That.” (That many fans quibbled with Stanford’s pairing with Mario Cantone’s Anthony suggests the depth of feeling they had for Stanford, but it felt almost churlish to push back too hard against a happy ending for a character infused with such warmth.) Garson’s presence will be felt in “And Just Like That,” which he was filming until recently. That’s a gift for fans, because it wouldn’t feel quite right without Stanford, or the man who brought him to life.

And a part that might have fallen into the show’s deep background, or not have gone the distance, found itself sustained not merely through good writing (and, yes, clever costuming) but through Garson’s forceful imagination about what Stanford could do or be. I am thinking of a rare scene in which Stanford confronts Carrie; she is once again musing about her relationship travails to the exception of any other topic, and Stanford announces, “I’ve listened to you talk about Aidan for, what? Ten blocks, and two years? And I’ve been a wonderful audience.” Garson delivered this without rancor but with genuine hurt. He knew he might always be second banana in the story of Carrie Bradshaw, but he was finally disappointed that the moment of real conversation he’d been waiting for, one in which she remembered herself and saw him for who he really was, had been for so long obscured by her concern for herself. And the light in his face when Carrie snaps back into their friendship, when she turns her attention to him and engages, is meltingly, sweetly perfect. Stanford wanted what we all do — to find a way out of loneliness. A true romantic, he never stopped believing it might come, even if he had to break out of himself and advocate for it.

On a show about romance whose central character could at times get caught up in the heightened melodrama of it all, Stanford was a living reminder that finding romantic love can be painful but worthwhile, and that finding nourishing platonic love can be as simple as placing a phone call to a friend. To call Garson a pro who elevated the material and raised the show’s game isn’t quite enough; his big-heartedness, and his nuanced willingness to portray the road to affection as lonely but never pathetic, was something the show and its fans were lucky to have.