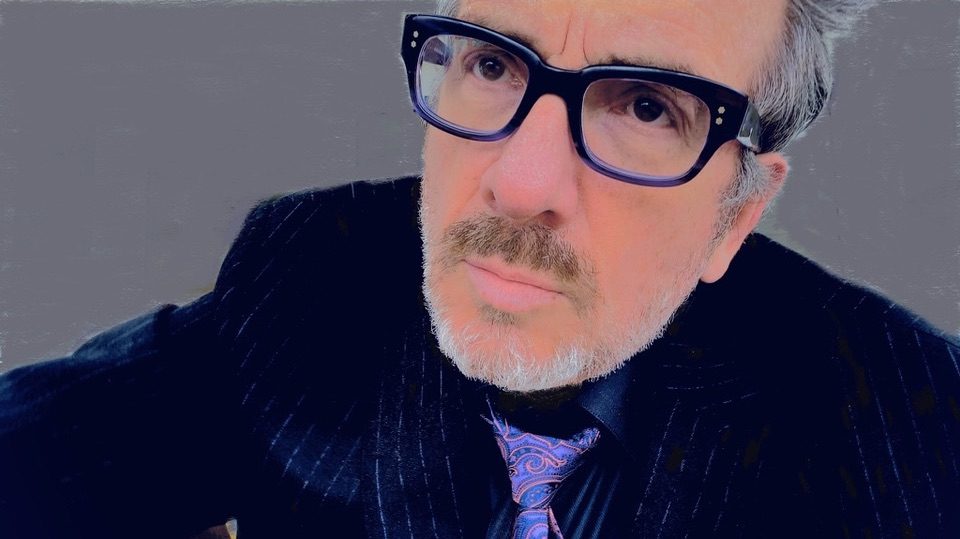 Elvis Costello has released a Spanish-language version of his 1979 song “Crawling to the USA,” seemingly timed as an implicit commentary on current American politics, days before the U.S. presidential election.

It’s the first song to be released from “Spanish Model,” an album to be released this year that has prominent singers from the Latin music realm singing the songs from Costello’s classic “This Year’s Model” album in Spanish, over the original backing tracks. The project, which was put together by Costello’s recent producer, Sebastian Krys — one of the leading producers in Latin music — was originally set to come out this year but has been pushed back to 2021.

The espanol “Crawling to the USA” is sung by Gian Marco, one of the top names in Peruvian music, and Nicole Zignago, a Peruvian-born singer who now resides in L.A., with Spanish translation by Mitre. Costello, who has not formally announced the “Spanish Model” album, indicated in a tweet that the recording may only be online for a short time at the present, writing, “Get this one while you can.”

Available only on Spotify, It’s the only officially unreleased track that Costello has put up as an entry in his “50 Songs for 50 Days” series, a playlist that was begun 50 days prior to the American election and is set to conclude on Nov. 3. The songs Costello has included in the sequence all either derive from the more sociopolitically conscious parts of his vast catalog or have titles or lyrics that can be read as having topical connotations.

In tweeting out the song’s (possibly temporary) release on Saturday, Costello included the Spanish translation of a verse from the original song — which was released just after “This Year’s Model,” on the “Americathon” movie soundtrack — that certainly could be seen as having thematic correlations in the present day:

She said, “I catch you taking liberties and they do not impress me
Attach me to your credit card and then you can undress me”
Everybody is on their knees except the Russians and the Chinese

And, of course, the very act of taking a song that dealt with immigration and having it sung in Spanish by non-native singers could be seen as political commentary in and of itself.

In an interview with Variety for his just-released new album, “Hey Clockface,” Costello said he would prefer to wait until the Spanish-language album is ready to come out in 2021 to discuss it in greater depth, but did comment on how pleased he is with how the unprecedented project turned out.

“I know hearing about it in the abstract, people will think it’s a crazy idea,” Costello conceded, “but everything that was done on that record has been done with the most integrity. And I just love the way it sounds.” Speaking of the original backing tracks being maintained, he said, “I think it’s a compliment to the band (the Attractions), to (producer) Nick Lowe, to (engineer) Roger Bechirian… I will say this much: that the new thing that we’ve done with it is another record. It just isn’t the same record. It’s another record using the same foundation. And I’m very proud of what Sebastian’s done on it, snd he really deserves the credit.”

Of the new “Crawling to the USA,” Gian Marco tweeted to Costello — and to his 3.8 million followers — “Grateful and honored for this privilege. Thank you master!”

Costello tweeted to Mitre, “Your superb adaptation of my original lyric and Gian Marco and Nicole’s voices bring a new and immediate story to a track cut with the Attractions in 1978. I look forward to 2021 when can share all of these remarkable new versions. Get this one while you can.”

As for the “50 Songs for 50 Days” playlist, perusing it leads to some obvious conclusions about Costello’s thoughts on U.S. politics and, very likely, Donald Trump, while other titles require more interpretation.

For example, the song published Sunday, the day after the Spanish-language “Crawling to the USA” was released, is his cover of Randy Newman’s “I’ve Been Wrong Before,” a song of cynicism and disappointment leavening faith and hope. Is the meaning that everyone might turn out to be wrong about which way the presidential election will swing? Or that we might be mistaken in imagining what sort of fixes lay in store with any one candidate?

Other titles are perhaps clearer in the current context. The first song of the 50, “This Town,” included the famous chorus, “You’re nobody till everybody in this town thinks you’re a bastard.” “Green Shirt” was one of the songs on the “Armed Forces” album correlating sexual politics and fascism, the latter a theme made even more explicit in “Night Rally.” Tunes that could be loosely read as “protest songs” of a sort, then or now, include “American Gangster Time,” “National Ransom,” “Less Than Zero,” “The Other Side of Summer,” “All This Useless Beauty” (“While our leaders have feasts on the backsides of beasts / They still think they’re the gods of antiquity”), “Waiting for the End of the World,” “Hurry Down Doomsday (The Bugs Are Taking Over)” and the new album’s “We Are All Cowards Now.” He’s also tossed in his versions of Paul Simon’s “American Tune” and the Allen Toussaint-penned “Who’s Gonna Help Brother Get Further.”

Songs perhaps of a more personal nature, but whose titles at least could be seen as commenting on the mood or events of 2020, have included “In the Darkest Place,” “This Is Hell,” “This Sad Burlesque,” “Poor Napolean,” “Brilliant Mistake,” “It’s Time,” “Clowntime Is Over,” his interpretation of Charles Mingus’ “Weird Nightmare” and — the perfect political song, in a fresh context — Gram Parsons’ “How Much I Lied.”

On “The Late Show With Stephen Colbert” Thursday, Costello was asked by the host “if there was a song you think would fit a campaign rally” for Donald Trump. The singer responded, “Can I read you these lines, ’cause I think they speak from my heart? They say what I feel but cannot express.” He then recited lyrics from a song from his upcoming stage musical adaptation of “A Face in the Crowd,” to be sung by the Lonesome Rhodes character played by Andy Griffith in the film, “a lying, cheating, swindling hillbilly singer who rises through the realms of entertainment to be a man of influence.”

If you’re tired of the lies of politicians and of preachers, you can put your trust in me
Help me be your brother’s keeper
If you pay too many taxes and think salvation should be cheaper
Just say blood and hot sauce
When the bailiffs are at the door, and you want to venge your spleen
Vaseline my pompadour, I’m twice the man you should’ve been
Hand round the ammunition and the gasoline
Just say blood and hot sauce

Costello released an unrelated new studio album, “Hey Clockface,” on Friday, and has a retrospective boxed set of 1979’s “Armed Forces” coming out Nov. 6. To read Variety’s interview with Costello about both those projects, click here.