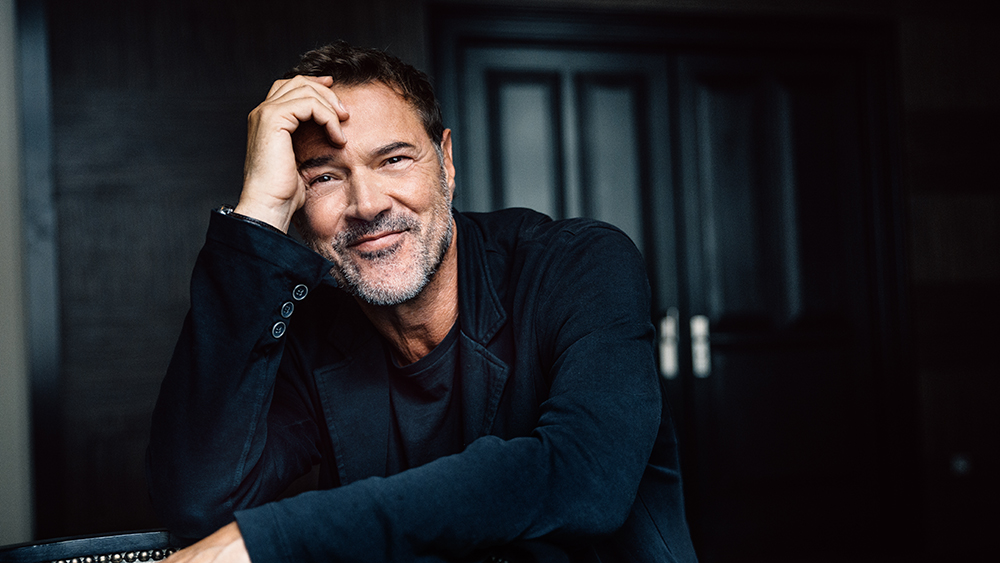 In the thriller series “Euer Ehren,” a German-Austrian adaptation of the Israeli series “Your Honor” (“Kvodo”), Sebastian Koch (“The Lives of Others,” “Homeland”) plays Michael Jacobi, a judge caught up in his own web of deception as he struggles to protect his son. The project was brought to Koch by Al Munteanu, producer and founder of SquareOne Entertainment, and the pair worked together to bring the project to screen.

Munteanu and Koch have proved a convincing combo, winning the interest of producer Christoph Pellander at ARD Degeto. “‘Euer Ehren’ is thrilling entertainment at its best,” said Pellander. “The script producer Al Munteanu and leading actor Sebastian Koch have electrified us from the first moment; hence we absolutely wanted to produce the thriller series collectively. In our version, co-produced with ORF and produced by SquareOne Productions and Mona Film, we shifted the story to Austria to bring it closer to our viewers’ environment and thereby managed to produce something truly unique.”

The project found distribution through Starz, Jeff Cooke, senior VP of international programming becoming a fast ally. “We were already big fans of the original Israeli series as well as the U.S. version, so when Al called and let us know he was doing the German version, we were immediately interested,” he said.

Cooke added: “Once we read the scripts and he confirmed that Sebastian Koch was cast, it was an easy decision. This show very much aligns with our brand of bringing bold and edgy content to our subscribers.”

Variety spoke with Munteanu and Koch ahead of the German Television Awards.

What was the genesis of this project? And how did Sebastian come onboard?

Al Munteanu: I spent Passover in Tel Aviv and I saw a poster and an article and I called my friend Donna Stern, who was running Yes Studios. And I said “What is this?” And she gave me the pitch. And it was written by Schlomo Moshiah who’s a brilliant writer. And literally within that vacation, the span of three days, she sent me a couple of links with subtitles, and I was unbelievably hooked because the premise of it is so universal and yet has, at its core, such a fundamental question. And shortly thereafter, because Sebastian and I worked on another movie together, I called him and I said: “Whatever you’re doing, stop it. I have the thing for you.”

Sebastian Koch: When I heard the story, I felt…it’s hitting a nerve in our time, this breathless, being in the corner, everything you do is wrong. You took the one false, one wrong decision, and it fucks everything up. You get lost in trouble, in lies. And I think we, as human beings, know that somehow. It’s a kind of an atmosphere, which we are in the middle of worldwide. So I thought, okay. Let’s do it. There’s something unique, something important to this story. So I said yes, immediately, which I rarely do via the phone, you know.

Can you discuss your decision to approach the format with a darker tone?

Munteanu: When we began the process, we had only seen the Israeli version. Then we found out that Showtime and Brian Cranson were working on the U.S. version, and we deliberately stayed away from it. We wanted to really be in a tunnel to focus on our own development. When we chose David Nawrath, as our director he immediately felt visually, with Tobias as his DP, that they wanted to lean in on movies like ‘Sicario’ or ‘Prisoner to have that sort of look and oppressive feel. Then when we moved to Innsbruck, which is not a big city, nestled between two mountain ridges….It has something very oppressive and claustrophobic, and that was all very important to Sebastian as well for it to have that feeling. And like in the Israeli version, we were looking for a place where theoretically the characters know each other, and there’s a sort of familiarity amongst the characters which then sort of swaps into complete and utter distrust.

Did you shape the story for the German market specifically?

Munteanu: We said: “Let’s tell this story in the best possible fashion while being culturally specific.” So what are the clans that are up against one another? You know, when we originally conceived it, I thought, you know, let’s do it in big-city Berlin. And then that became absolutely cliche. So when we then focused on Innsbruck, it became very specific. And in very certain cases, we bump people off that in the other versions were not bumped off, and at different times. So the story takes on different roots.

Sebastian, can you speak about how you approached playing a character with so much internal struggle? How did you bring him to life on screen?

Koch: For me the relationship with his son was especially fascinating, you know, because the judge is career focused – he doesn’t spend much time with his family. But there’s a deep love, even if it’s not on the surface. For me, it was important to show that. And all these values we have as a society, these morals – the judge lives them. He’s like a perfect judge. And then one lie brought him into a labyrinth almost, and he loses, step by step, everything he believes in. It was very important for me to make his story absolutely logical. That’s why I wanted to work with the script and to write the last versions with the authors. I had to know everything. For me, it was such an important thing not to cheat on the stories. If I can explain it to myself, I can explain it to everybody. So this was one of the most challenging things, to get all the lies to the end.