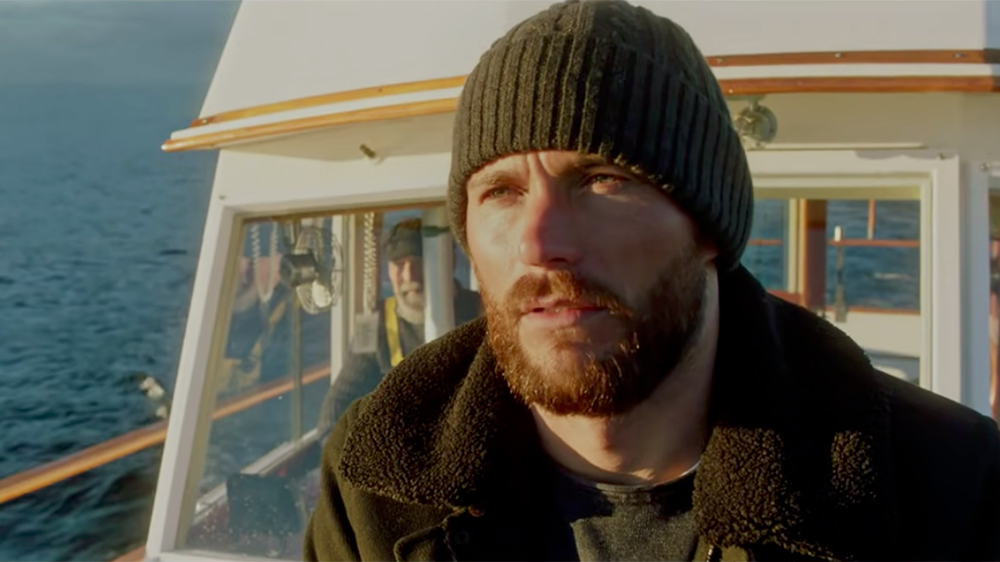 “Dangerous” is a bits-and-pieces action thriller with a fluky premise and a lead actor good enough to embody it. Made in the slipshod, overlit style of a straight-to-streaming potboiler, it’s not a rip-off so much as a film built out of spare parts from other movies, to the point that it never fully becomes itself. The central character, Dylan Forrester, known as D, is played by Scott Eastwood, and he’s presented as a flat-out psychopath. D is a former Navy SEAL with an underworld past, and he’s an empathy-free killing machine — not because he was programmed, but because that’s just the way he is.

But now he’s in recovery. Each day, he takes an anti-psychotic depressant prescribed by his psychiatrist, who is played as an affable drunk by Mel Gibson. Throughout the movie, D calls the shrink for advice (he’ll do it even in the midst of a gun battle), and while Gibson hasn’t lost his ability to steal a scene, it’s safe to say that when Mel Gibson is playing your benefactor of mental health, you’re probably dealing with some major issues. Eastwood, beneath a grizzly-man beard, plays D as a hunk of Jason Bourne meets a splash of Hannibal Lecter sprinkled with a dash of the actor’s own father — that is, he unabashedly echoes ’70s Clint’s playfully terse sadism. Under siege by his former criminal cronies, D stabs one of them through the leg until he collapses with a river of blood gushing out. “Femoral artery,” says D with deadpan Eastwoodian cheer. “You’re going to want to put some pressure on that. [pause] Too late.”

Eastwood has the requisite stylish coldness to play a killer the movie itself characterizes as “insane,” and to get you to root for him. But “Dangerous,” as directed by David Hackl, is still a shambles of a movie, with a plot so contrived yet abstract that you spend each scene asking yourself how it’s all supposed to add up. It’s kicked off when D learns that his brother, a former history professor who opened a bed and breakfast on Guardian Island off the coast of Washington, has died, the victim of a scaffolding accident. When D shows up for the wake and funeral, we learn that his mother (Brenda Bazinet) hates him, and that he himself seems to hate more or less everyone. Maybe there’s supposed to be some sort of integrity to the bad feeling, but all I could think is that “Dangerous” is a thriller with no human connection. I don’t mean that the connections are thinly drawn or unconvincing — I mean there’s no pretense that any two characters have anything approaching a simpatico bond.

D’s old cronies show up, led by Cole (Kevin Durand), who’s a bit of a psycho himself — a cackling tall stooge out of the Vince Vaughn school — and after D shuts the armored windows on the bed-and-breakfast (which lets you know that his brother was up to something more than running an inn), the movie turns into an ambush thriller that’s slapped together enough to make your average “Purge” film look like “Straw Dogs.” Guardian Island turns out to be an abandoned Naval base, with a wartime secret we don’t learn about until the end. And D, to defeat his enemies, must give into the psychopath he’s been trying to quell with drugs and therapy. Somehow, the movie ends up portraying him as a good guy. It may be to Eastwood’s credit as an actor that I was never remotely convinced.