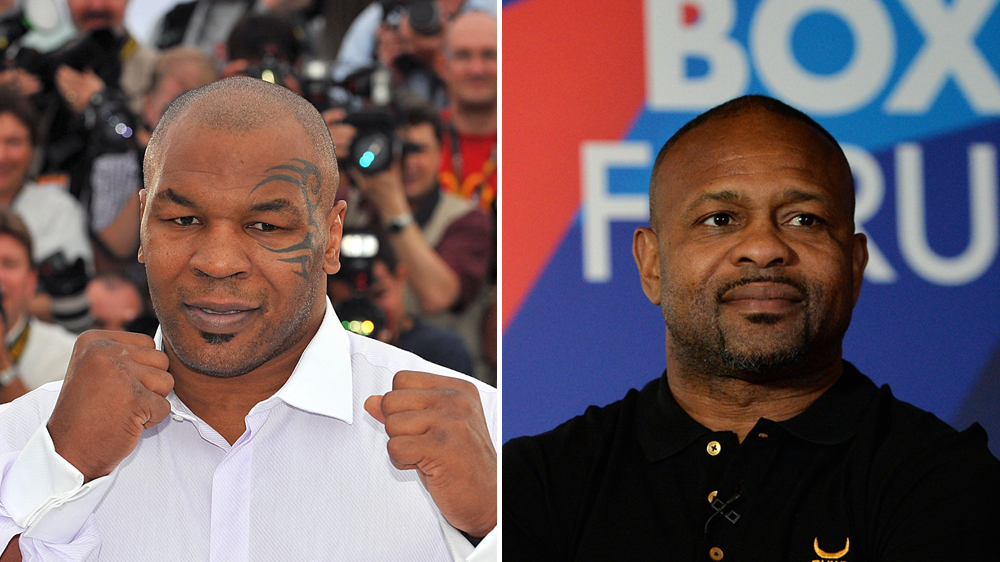 Mike Tyson and Roy Jones Jr. will meet in the ring on Nov. 28 at the Staples Center in Los Angeles, but some blows are already being traded outside of it.

In an interview with Variety, fight producer Ryan Kavanaugh of Triller said that recent statements made by California State Athletic Commission (CSAC) executive director Andy Foster to outlets like BoxingScene.com about the nature of the fight are flat-out wrong. Specifically, Kavanaugh took issue with Foster characterizing the exhibition bout as more of a hard sparring session than a normal boxing match.

“That commissioner, Andy, who stated that — I have not had a direct discussion with him, but we’ve been told by the people who do that that was him trying to make a name for himself in a magazine,” Kavanaugh told Variety. “It’s unfortunate because we wanted to bring more fights to California, but now because of him, we won’t. We’ll probably take that to Vegas and Texas.”

It has also been said that no knockouts will be allowed in the fight and that a cut will end the fight, both of which Kavanaugh disputes.

“A knockout is allowed,” he said. “We heard someone say there’s no knockouts. A knockout is absolutely allowed…If someone’s bleeding, the fight’s not going to stop.”

“[CSAC] approved the fight,” Kavanaugh continued. “They will have a ref there. The ref will be overseeing the fight under are all normal fight professional rules, with a few exceptions.”

Those exceptions include the Tyson-Jones fight being scheduled for eight two-minute rounds, with both Jones and Tyson wearing 12 oz gloves as opposed to the standard 10 oz gloves. Kavanaugh says, though, that the weight of the gloves is not going to materially affect the bout.

“That’s like putting in an extra Kleenex between two trucks crashing,” he said with a laugh.

There will also be no judges at ringside given that it is an exhibition, meaning there will not be an official winner. However, the World Boxing Council will have three former champions watching the fight remotely who will declare an unofficial winner should the fight go the distance.

It was also previously stated that, because the fight is an exhibition, that no betting will be allowed. However, Triller announced on Wednesday that it has partnered with sports betting site DraftKings as the “official sports betting partner” for the event. Fans in Colorado, Illinois, Indiana, Iowa, New Hampshire, New Jersey and Tennessee can bet on the undercard while those in Illinois, New Hampshire and New Jersey can wager on the main card.

There will be no fans in attendance at the Staples Center for the fight card due to limits on large gatherings because of the COVID-19 pandemic, something Kavanaugh calls “an opportunity” to put more production value into the event.

“We said ‘Let’s make this more like a movie or like a massive event that’s worldwide, like a Super Bowl, or an Academy Awards, where we just turn this into something for everyone,’” he said. To that end, he says there will be 21 cameras in place on Saturday night, along with “light shows and fireworks and all the biggest bells and whistles you could see.” There will also be a music lineup that includes Lil Wayne, Da Baby, and French Montana.

Kavanaugh says that one of the goals of the event is to provide people with some escapist entertainment as the pandemic continues to ravage the country.

“The whole family got around to watch Tyson,” he said. “It’s the last multi generational thing I remember. Maybe that and ‘American Idol’ or something, back in the day.”