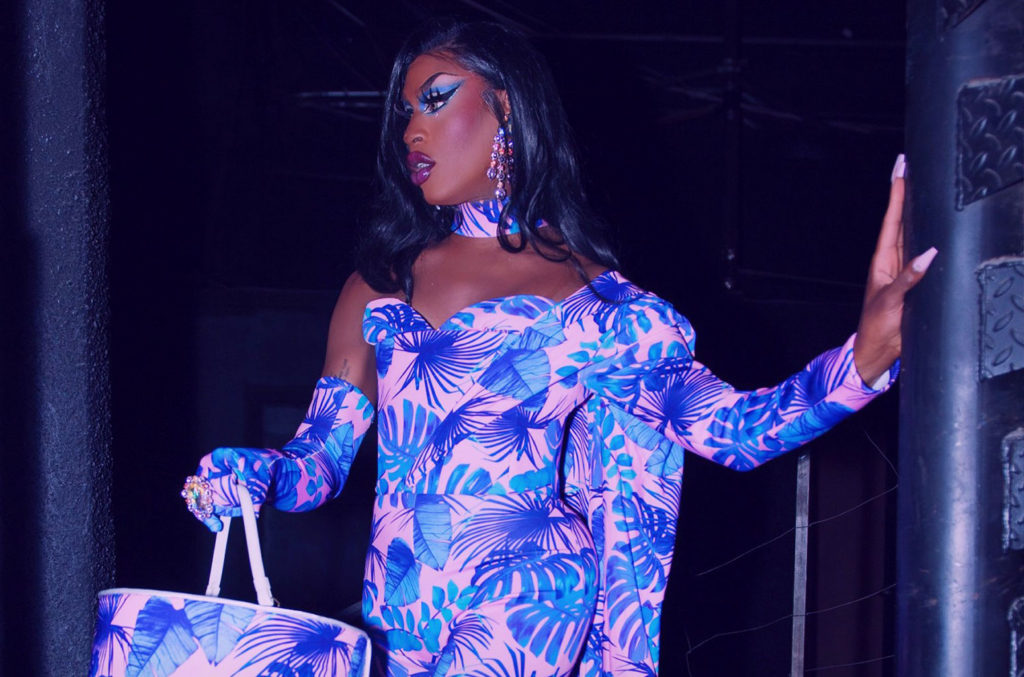 At long last, RuPaul’s Drag Race All Stars 5 has come to an end — after a smashing performance to RuPaul’s new song “Clap Back,” and one final lip sync to Janelle Monáe’s “Make Me Feel,” RuPaul declared the winner … season 9’s Shea Couleé!

Considered a favorite to win from the moment she entered the work room, the 31-year-old drag star proved each episode why that was the case. Snatching two challenge wins, and winning every lip sync she performed in, Couleé was considered such a threat that there was even a plotline about queens potentially conspiring to eliminate her as the biggest threat in the competition.

“My drag, in its purest form, is a love letter to black women,” Couleé explained on the main stage shortly before her win. “Honestly, Ru, I would be remiss if I did not tell you how much I appreciate you and everything that you’ve done. You are a constant inspiration, you are an example of continuous love, and I thank you for helping me make my dreams come true.”

Along with consistently showcasing her excellent fashion, Couleé proved to be a fierce musical talent as well — in honor of her new crown, Billboard is taking a look back at five of Shea Couleé’s greatest musical moments while on RuPaul’s Drag Race.

The time she slayed the role of Blac Chyna in Kardashian: The Musical

Nina Bo’nina Brown may still believe she should’ve been Blac Chyna, but there is no denying that from the moment Shea Couleé stepped out onto the stage for Kardashian: The Musical in season 9, she earned her win. From the lip syncing, to the dance moves, to her sickening embodiment of Chyna’s essence, Couleé took home her second challenge win of the season, cementing her place in fans’ hearts as one of the fiercest competitors in the show’s herstory.

The time she flexed her rap skills in “Category Is…”

By the time the final mainstage challenge of RuPaul’s Drag Race arrived, fans were convinced that Couleé would be taking the crown home — but her verse and performance in RuPaul’s “Category Is…” made it a near certainty. The star’s presentation offered rapid fire bars, slick lyrics and some expert-level dancing. Had it not been for a few fistfuls of rose petals, many fans still believe that this challenge was the moment Shea truly earned the season 9 crown.

From the moment she entered All Stars 5, Couleé stayed true to her original tagline: she did not come here to play. For the opening variety show of the season, Shea decided to offer up something fans had never seen from her by delivering an incredible pole dance routine. What makes it even better? The song she was performing to was her own new single, “Collide,” featuring fellow queer talent GESS and Mykki Blanco. With one performance, Couleé set fans’ expectations high, and still managed to earn her crown in the end.

Just one week after wowing fans with her pole-dancing skills, Couleé snatched her first challenge win of All Stars 5 thanks to her expert-level songwriting for the “I’m In Love” challenge. She penned the strongest verse of the song to Chadwick Boseman, telling him about how she wanted to be the queen to his King T’Challa, before uttering the now-iconic line “I’m dreaming about Wakanda life we’ll lead.” There was no doubt in anyone’s mind who was winning the challenge after Shea’s verse ended.

With one final challenge to face for the crown, Shea Couleé proved why she deserved her spot in the Drag Race Hall of Fame. After being given the hardest choreography for her verse of “Clap Back” for the All Stars 5 finale, the drag star still slayed her way through the intricate number, offering hand-ography, some twerking, and even a cartwheel from one person’s shoulders to another’s. With this stunning performance, it became clear that nothing could stop Shea Couleé from snatching the crown.

RuPaul on More ‘Drag Race’ International Versions: ‘How Many Countries Are There?’

RuPaul is hoping to take “Drag Race” to every corner of the world.

With multiple international versions of the reality competition series on the air, RuPaul was asked at the Creative Arts Emmy Awards on Saturday how many more versions he would like to see.

“How many countries are there?” he said. “There are drag queens all over the place.” He went on to suggest that “Drag Race: Rwanda” would not be out of the question, while a U.K version is launching in October.

“Drag is dangerous,” he continues. “Drag is not politically correct. Drag will never be mainstream…We are all God in drag. That is a radical thought for most people.”

RuPaul took home the award for best host of a reality or competition series, his fourth straight win in the category. His fellow nominees this year were Ellen DeGeneres for “Ellen’s Game of Games,” Amy Poehler and Nick Offerman for “Making It,” Marie Kondo for “Tidying Up,” and James Corden for “The World’s Best.”

RuPaul dedicated his win to “Drag Race” co-executive producer Jacqueline Wilson, whose passing he announced on Twitter on Thursday.

VH1 announced last month that both “Drag Race” and “Drag Race All Stars” had been renewed for a twelfth and fifth season respectively.

Three-time Emmy nominee (and last year’s winner) for his work designing RuPaul’s outfits on “RuPaul’s Drag Race,” Zaldy Goco’s goal is to “maintain the largeness of what we do” season over season. While he works with a team, for this year’s milestone 10th season he got hands-on and made a few of the gowns personally. “It was like I was doing this amazing art project,” he says.

How closely do you work with Ru on the designs?

We just established this identity and, really, trust. We kind of refer to our work as being telepathic — because Ru has no idea what I’m doing. I don’t do sketches … I have a few clients that are just so close to my heart that they know they want me to do it and then they trust that what’s coming is going to be really great.

What is most important in translating the ideas for your designs to your team?

I have my own atelier in New York, and it’s a real atelier atmosphere where everything is nurtured in the space. We meet together with my people, we look at fabrics, we discuss what we think could be really great, and then I sort of guide the whole process of which way to take each fabric for each person’s strengths. … Most people have worked for me for at least six years, so we have a really good dialogue and understanding of what each project demands, and everyone knows what the Ru project demands is bigger, better, sparklier, shinier.

What special considerations have to be made when designing for TV?

They use so much lighting that there could be fabrics — and I’ll just use glitter as an example — [that] could look kind of cheap in your hands but on the stage and under lighting it looks like a million dollars. … There’s certain things that are chosen specifically because we know the kind of lighting on that set.

Do you design gowns to be episode-specific or interchangeable depending on how Ru feels?

They’re absolutely, completely 100% interchangeable. The competitor queens, they have to stick to the rules, and I ask to see what the challenges are going to be because sometimes there’s a great challenge that really demands a great, special, specific thing for Ru. But normally Ru is exempt from any of that stuff, so what I really set out to do is create a great wardrobe for Ru for the season, and she can decide what she wants to wear for the episodes.

What is most important in designing a gown that will make Ru stand out among the queens’ big, weekly designs?

Ru is the real iconic personality that transcends. She could sit there in a T-shirt and she would stand out. I try not to let that get in my head because the queens are doing bigger, and it’s not always going to be the best option for Ru. So I definitely try to do different things.