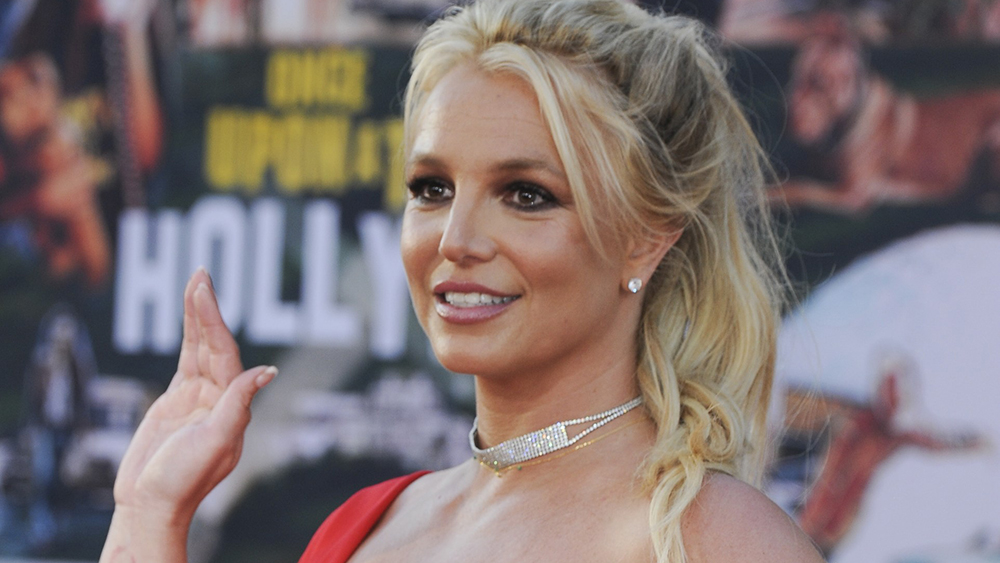 The night before her June 23 testimony, Britney Spears called 911 to report conservatorship abuse, according to a new investigation by Ronan Farrow and Jia Tolentino in the New Yorker.

“Members of Spears’s team began texting one another frantically. They were worried about what Spears might say the next day, and they discussed how to prepare in the event that she went rogue,” Farrow and Tolentino reported about the phone call aftermath.

They also noted that though emergency calls in California are usually public record, Ventura County — where the pop star lives — sealed Britney Spears’ call because it is part of an ongoing investigation.

During a court hearing on June 23, Spears spoke publicly about her conservatorship, which was instilled in 2008, for the first time. In her statement, Spears said that she wanted to “sue” her family and expressed that she would like to get married to her boyfriend, Sam Asghari, and have more children, but is unable to do so because the conservatorship does not allow her to remove her IUD.

“Britney Spears’s Conservatorship Nightmare,” like the New York Times’ “Framing Britney Spears” documentary before it, unfurls the power Britney Spears’ father, Jamie Spears, and a team of lawyers has over her life, in addition to the pop star’s villainization by the media. However, Farrow and Tolentino’s deep dive includes even more shocking revelations that further support the ending of her conservatorship. The duo spoke to numerous sources from Britney Spears’ inner circle, including mother Lynne Spears, Sam Lufti, Paris Hilton, hairstylist Kim Vo, anonymous stylists and makeup artists, an anonymous housekeeper and a court investigator who used to be on the conservatorship.

According to the article, Lynne Spears thought the conservatorship would only last a few months. Farrow and Tolentino were able to get her on the phone in June, but she did not offer any details about the case, adding: “I’m good at deflecting.”

“I got mixed feelings about everything,” she told them. “I don’t know what to think… It’s a lot of pain, a lot of worry.”

What’s more, the story reports that the hearing to originally put Britney Spears under conservatorship in 2008 only took 10 minutes — and the court, Farrow and Tolentino alleged, barely did any homework and just listened to her father. A judge even allowed the waiving of the requirement that conservatees be given five days’ notice before a conservatorship takes effect, Farrow and Tolentino claim.

During this time, the judge, Reva Goetz, appointed Sam Ingham as Britney Spears’ lawyer. According to Farrow and Tolentino, she continues to pay him $520,000 per year and the article strongly suggests that he is in cahoots with Jamie Spears. Farrow and Tolentino compared Ingham’s annual salary to Britney Spears’ 2019 living expenses, which came to just under $450,000.

The New Yorker piece also said that Britney Spears suffered drugs and alcohol abuse, including cocaine and molly. It was her way of blowing off steam, the article says, while committed to “a relentless grind of dance rehearsals, studio sessions, photo shoots, stadium performances, long nights on the tour bus, and hotel check-ins before dawn.”

The article states that a couple of months after Britney Spears’ second emergency psychiatric hold, Jamie Spears began plotting his daughter’s comeback, which translated to wearing her down. The New Yorker story alleges that he called her “a whore and terrible mother” and would only allow her to see her children if she cooperated. Representatives for Jamie Spears did not immediately return Variety‘s request for comment.

Her public image rehabilitation included filming “Britney: For the Record,” which came out just after the release of her 2008 album “Circus.” Farrow and Tolentino described how Britney Spears would tense whenever her dad was around, but would open up when away from the chaos.

“I always wanted to feel free, and get in my car and go and not let people make me feel like I had to stay at my home,” she says in the documentary. “I had let certain people into my life that were just bad people… and I really paid the consequences for that, big time. But I just feel like you do something wrong, and you learn from it, you move on. But it’s, like, I’m having to pay for it for a really long time.”

NBCUniversal said Friday night it would release former NBC News staffers who believe they were sexually harassed from confidentiality and non-disparagement arrangements, a sign that the company continues to grapple with allegations made against it in the recent Ronan Farrow book, “Catch and Kill.”

“Any former NBC News employee who believes that they cannot disclose their experience with sexual harassment as a result of a confidentiality or non-disparagement provision in their separation agreement should contact NBCUniversal and we will release them from that perceived obligation,” the company said in a statement that was made during a broadcast of Friday’s “The Rachel Maddow Show” on MSNBC. Maddow was hosting a segment with Farrow at the time.

The new statement suggests allegations in Farrow’s book continue to eat away at NBCUniversal. The book’s claims that NBC News held him back from reporting on sexual harassment allegations made against movie mogul Harvey Weinstein  – which NBC News has denied in multiple statements – are believed to have sparked a new wave of questioning from employees at the news unit. The book also discloses the name of one of the accusers of former “Today” co-anchor Matt Lauer, who was fired in 2017 after she alleged he had raped her while they were working at NBCU’s 2014 broadcast of the 2014 Sochi Olympics. Lauer has said he believed their relationship was consensual.

Farrow’s reporting, begun at NBC News, would eventually be used to produce a report on Weinstein for The New Yorker that shared a Pulitzer Prize.

On Friday’s broadcast, Maddow suggested there is intense dissatisfaction among NBCU employees that the company has not chosen to investigate the matter with an independent investigator. “It would be impossible for me to overstate the amount of consternation inside this building,” she said. Last week, Chris Hayes, another MSNBC primetime host, delivered stinging remarks about NBC News and the Farrow claims during his program.

NBCU said Friday night that it has “two agreements with women relating to complaints of sexual harassment by Lauer – both entered into after his termination – and both women are free to tell their stories about Lauer. “

Farrow has been guiding TV audiences through the claims in his book for approximately two weeks, visiting programs ranging from “Good Morning America” on ABC; “The Late Show with Stephen Colbert” on CBS; and “Special Report with Bret Baier” on Fox News Channel.  He has not appeared on an NBCUniversal program since being interviewed by Maddow in October of 2017, during which he maintained that NBC News had done the unfathomable – allowed him to take his work to another journalism outlet. “You would have to ask NBC and NBC executives about the details,” he told Maddow at the time.

But tonight’s appearance suggested a rapprochement between the two sides. After hearing the new NBCU statement, Farrow told Maddow, “it is new, and NBCUniversal executives deserve praise for it.” He added: “It is significant and it should be a model for other companies.”

The claims Farrow has made about how NBCUniversal handled his reporting and Lauer’s dismissal have continued to spark protests. A small group of people gathered outside the company’s New York City headquarters on Wednesday, angered by the recent disclosure that NBCUniversal had in recent months renewed the contract of NBC News President Noah Oppenheim. Oppenheim plays a large role in Farrow’s book and the allegations about how NBC handled his Weinstein reporting. NBC News has maintained Farrow’s work did not meet its standard for broadcast; the news unit wanted an on-the-record accuser to appear on screen before it would make public Farrow’s work on the subject.

Maddow has been a good corporate citizen at NBCUniversal. She supported Brian Williams in 2016 when he took a new job at MSNBC after being removed from his perch at “NBC Nightly News” for giving inaccurate information about his role in a reporting trip to Iraq. And she supported Tom Brokaw in 2018 after Linda Vester, a former NBC News reporter, alleged he sexually harassed her. Brokaw denied the claims.

But she has also maintained her independence over the years. “The network doesn’t program my show. They don’t tell me what to cover and what not to cover,” Maddow told Variety in 2016. “I want to be trustworthy so that continues to be our deal, because that’s the only way I’m going to be able to do this show. That’s the way I work.”