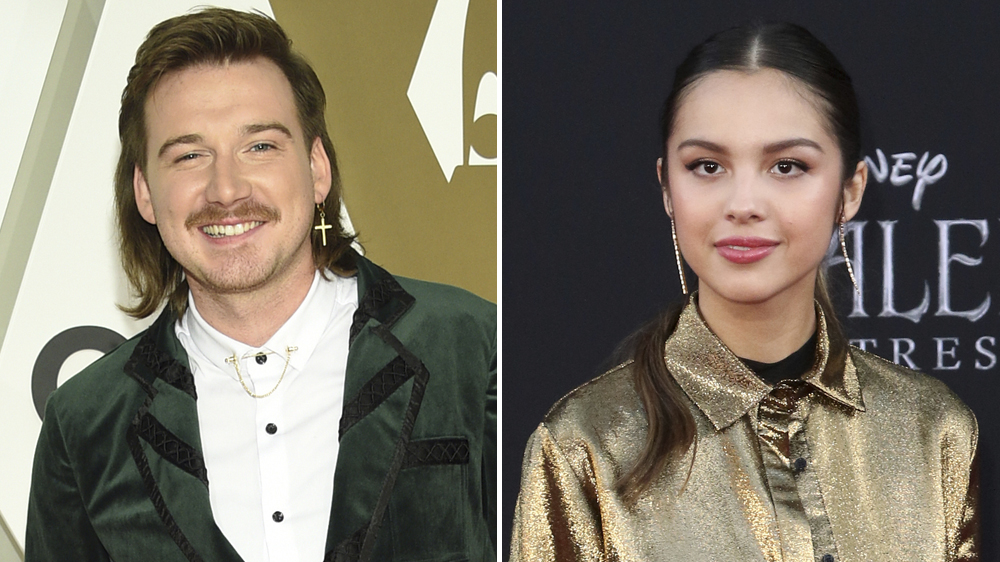 Country star Morgan Wallen and 17-year-old pop upstart Olivia Rodrigo have gotten 2021 off to a blazing chart start, with respective bows atop the album and singles charts, respectively.

Wallen’s sophomore effort, “Dangerous: The Double Album,” debuted on the Rolling Stone album chart with an even-better-than-expected 263,900 album units. The biggest factor in that tally was 223 million song streams, easily setting a record for a country album in a single week. Of course, one reason for that number was that there was more of Wallen to love — that is, the double-album format gave fans 30 new songs to stream. Full album sales were also strong, racking up 69,600 copies, and individual track sales were healthy at 68,000, adding up to make Wallen’s double album a triple threat.

Jazmine Sullivan’s “Heaux Tales” was the other debut in the top 10 albums, debuting at No. 4 with 41,000 album units. The success of the R&B singer’s first full album in five years came mostly from streaming, as she attracted 40.8 million streams. Album sales were modest at 6,900, as were track sales at 6,200. Sullivan is likely to pick up some additional wind in her sails — and sales — with this week’s announcement that she will share National Anthem duties at the Super Bowl with country singer Eric Church.

Taylor Swift’s “Evermore” slipped from the top spot to No. 2, adding 52,000 album units to its total. Other returning albums included Pop Smoke at No. 3 and Lil Durk, Ariana Grande, the Weeknd, Swift’s “Folklore,” Juice WRLD and Megan Thee Stallion at Nos. 5-10.

The top 20 saw one additional premiere, as Barry Gibb’s “Greenfields: The Gibb Brothers’ Songbook Vol. 1,” the former Bee Gee’s album of collaborations with top country and Americana stars, came in at No. 15 on the strength of 26,400 album units. Most of that came in full album sales, with 22,700 copies sold.

On the Rolling Stone songs chart, Rodrigo’s chart-topping “Drivers License” had a blockbuster 67.7 million streams in its first week. Song units stood at 568,000.

Wallen had to settle for second place on the songs chart, as his “Wasted on You” debuted at No. 2. Song streams for that particular track were 16.8 million. But if he didn’t have a No. 1 here like he did on the album chart, Wallen was still the only performer who could claim two songs in the top 10 — let alone the six he actually claims right now. Besides “Wasted on You,” Wallen also charts “Somebody’s Problem” at No. 4, “7 Summers” at No. 5, “Sand in My Boots” at No. 7, “More Than My Hometown” at No. 9 and “Warning” made its stand at No. 10. Expand the field to the top 30, and Wallen has nine out of 30 songs there.

After Rodrigo and Wallen, there wasn’t much room left for other artists in the top 10 songs, but returnees include SZA’s “Good Days” at No. 3, 24goldn’s “Mood” at No. 6 and — falling to No. 8 after topping the chart last week — Justin Bieber’s “Anyone.”

Taylor Swift became the first artist in the history of the Rolling Stone album chart to land five consecutive weeks in the No. 1 position, as “Folklore” was held over in the top spot with 87,400 album units in its fifth frame.

Although the Rolling Stone chart, which is powered by sales and streaming figures gathered by Alpha Data, is only 14 months old, Swift’s achievement is still a significant one in the fickle pop market and accomplishes a staying power that may outlast even that of her previous album, “Lover,” which came out after the inception of the chart last year. The tally for “Folklore” this week was only slightly down from its 93,000 figure in week four.

As with other recent weeks, the nearest competition Swift faced was from the posthumous releases by rappers Pop Smoke and Juice WRLD, who again came in at Nos. 2-3, with 77,900 and 66,600 album units, respectively. The “Hamilton” cast album moved up one spot to No. 4 this week, collecting 50,400 album units.

The week did see several big-name new releases, but none performed spectacularly. The biggest bow belonged to veteran rapper Nas, whose “KIng’s Disease” came in at No. 5 with 43,800 album units.

The Killers’ “Imploding the Mirage” debuted at No. 7 with 34,300 album units. When it comes to full-album sales, the band did better than anyone currently on the chart except for Swift, selling 28,100 copies of the complete album. Streams for the Killers’ album, though, at 6.7 million, lagged far behind any of the others in the top 10 (like Pop Smoke, who only sold 2,000 full albums but had 98 million streams).

The third highest debuting album of the week was Tim McGraw’s return to the Big Machine label, “Here on Earth,” which bowed at No. 14 with album units of 23,400. His tally was divided between 15,500 full album sales, 9,600 song sales and 8.4 million streams.