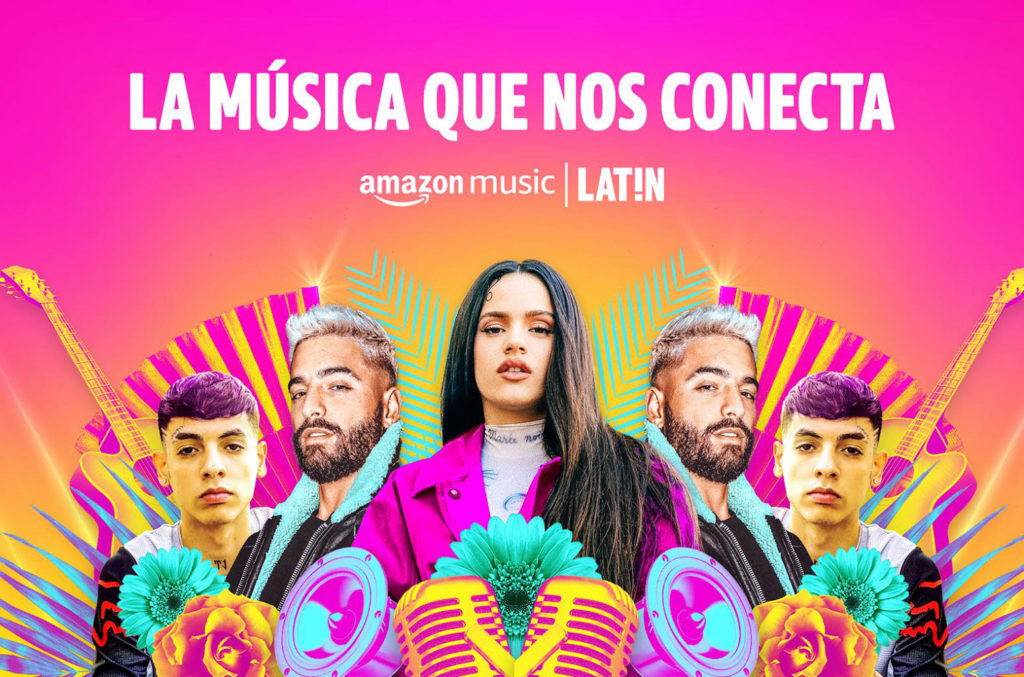 Amazon Music is placing a new big focus on Latin music with the launch of “Amazon Music LAT!N,” a Latin music brand with a broad umbrella that includes over 100 new and revamped playlists, an emerging artist program, merchandise, video and multiple catalog programs among many other initiatives.

Using the tagline “La Musica que nos conecta” (The music that connects us) — a reference to the fact that Latins come from many countries and cultures but are connected by music and language — the LAT!N hub, which includes music in Spanish and Portuguese, will live within Amazon at amazon.com/latinmusic. It seeks to establish Amazon as a major player in Latin music streaming and content, as well as retail.

“The big differentiator [with other streaming services] is the ability to work cross functionally with the other Amazon verticals and services like Twitch and Prime Video,” explains Rocío Guerrero, who assumed the newly created position of global head of Latin music at Amazon in January. “We can do things 360. It’s unparalleled and it will live within the Amazon.com ecosystem.”

Prior to Guerrero’s arrival, Amazon Music had been relatively perfunctory with its approach to Latin music, offering playlists and a big catalog but little else. Latin content was hardly ever marketed  The launch of LAT!N marks a major investment and commitment to the music.

“What they want is to expand with even more audiences and fans and engage them with Latin music,” Guerrero says. A major thrust is positioning Amazon as a destination that focuses not only on reggaetón and urban music, which dominate the major Latin playlists around the world, but on all genres of Latin music, aiming for Amazon’s “broader” — as Guerrero calls it — audience, including older listeners.

“For instance, genres like bachata, salsa and regional Mexican are big in Amazon Music,” she says. “We have a spotlight now. And we can shine a light on all the genres of Latin music.”

After planning for the first half of the year, the official LAT!N kickoff features an original, acoustic version of Maluma’s global hit “Hawái.” It will be followed by exclusive weekly releases of new renditions by Karol G, Christian Nodal and Romeo Santos during Latin Heritage Month, with more planned moving forward.

At the same time, a catalog program called “Raices,” (Roots), will kick off with a spotlight on Marc Anthony that includes a mini documentary shot in his home, and will highlight Latin catalog content on a monthly basis. Likewise, an emerging artist program, “Rompe,” which is similar to Amazon’s “Breakthrough” program in the U.K., will highlight a local emerging artist every month, beginning with Colombia’s Las Villa.

New content will go beyond music to include five new editorial video series, available in English and Spanish. The first, Género101, will highlight different sub-genres of Latin music, beginning with an episode on corridos tumbaos explained by Natanael Cano. An Alexa component is also in development that will allow listeners to ask their virtual assistant questions and get replies in different artists’ voices.

The core of LAT!N, of course, will continue to be playlists — now expanded to 100 — including Latin global hits playlist Platino (formerly titled Fuego Latino), new music playlist Hoy, and a Clásicos playlist that features classics for each genre. Says Guerrero: “We cannot commit to just one audience only.”