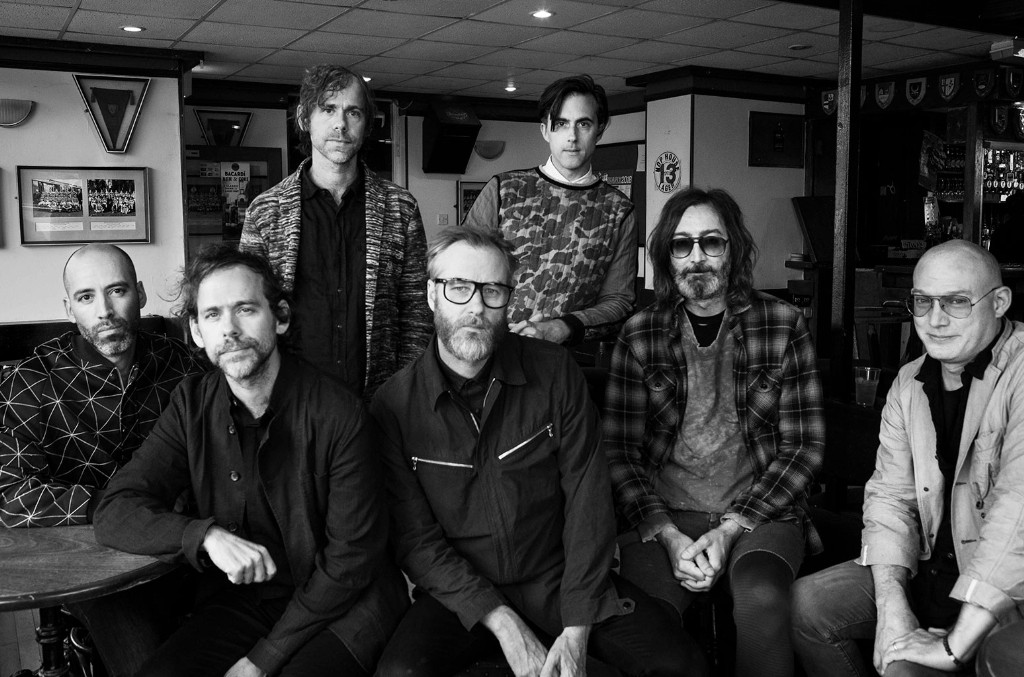 Aaron Dessner wants to make it clear, he’s no Antifa organizer. And he’s got photos to prove it.

The National’s multi-instrumentalist responded on Sunday (May 31) after he was unwittingly dragged into a bizarre conspiracy theory that he’s an instigator in some of the riots that have flared across the country.

Dessner was accused by several right-ring social pages as being a  ringleader who paid kids to wreck havoc in Ohio.

“Meet Aaron Dressner, he’s an Antifa organizer paying people to riot!! He needs to be arrested NOW!!,” reads a post from an alt-right account, which encourages followers to retweet. Thousands of Twitter users have taken up the offer, as thousands more on the left pile on for an almighty mocking session.

It’s all a case of mistaken identify, Dessner writes. And he even presented an alibi, as if it were needed.

“I’m very fortunate and grateful to wake up every morning in the rural countryside I live in, looking at farmland and these beautiful mountains. I’ve been here for three months now isolating with my wife and young children,” he wrote.

“This morning I’ve woken up to the unpleasant and surprising news that I’ve been misidentified by some social media users as someone seen encouraging rioting in Columbus, Ohio. I am not the person some are suggesting I am and I would never support violence of any kind. Nor have I been in Ohio since June 2019.”

When he’s not isolating with his family, Dessner is a key member of The National, whose most recent album, 2019’s I Am Easy to Find, peaked at No. 5 on the Billboard 200 and ruled the Vinyl Albums chart.

By early Sunday, at least 40 cities imposed curfew to counter growing civil unrest, ignited by the death of George Floyd after his heavy-handed arrest by Minneapolis police.

Some 5,000 National Guard members have been activated in 15 states and Washington, DC, with another 2,000 prepared to deploy, CNN reports on Sunday.