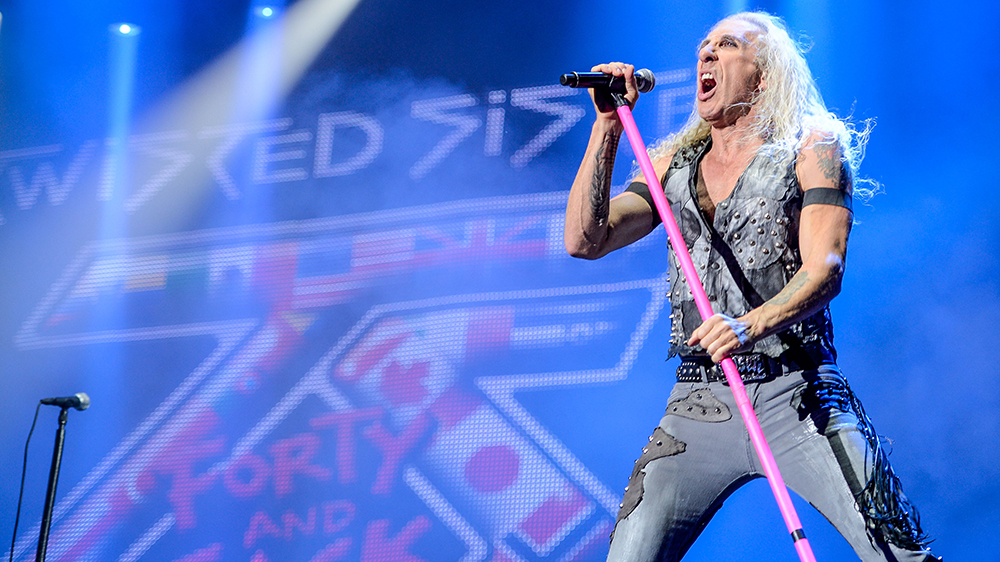 Twisted Sister frontman Dee Snider, who is featured in a REELZ documentary about the Warwick, Rhode Island Station nightclub fire, which killed some 100 attendees of a Great White concert in 2003, has released a new song to honor the victims called “Stand.”

The song, one of 12 from Snider’s new album, “Leave a Scar,” is featured in “America’s Deadliest Rock Concert: The Guest List,” which chronicles the events leading up to and after the tragedy through deeply personal stories of fans who were there.

The Feb. 20, 2003 fire was caused by illegal soundproofing materials and pyrotechnics — 100 people died and more than 200 were injured. Some of those fans had met Great White lead singer Jack Russell earlier that day at a local establishment, and he generously offered to put them on his personal guest list to see the show.

The film features interviews with a tearful Russell, family members, survivors, attorney John Barylick, who represented the victims and authored the book “KILLER SHOW, The Station Nightclub Fire, America’s Deadliest Rock Concert,”  musicians Don Dokken, Lita Ford and others who take the viewer through the events of that fateful night. It also follows the personal journeys of those who survived, and the 2008 Phoenix Rising benefit featuring country stars John Rich of Big & Rich, Gretchen Wilson, Aaron Lewis of Staind, Boston guitarist/founder Tom Scholz, drummer Carmine Appice, and others.

In the doc, Snider shares his frustration of begging musicians to participate in a benefit show spearheaded after an initial call from Tesla drummer Troy Luccketta inspired the musician to “do something”. The newly released video, which Snider released with “The Guest List” director/producer David Bellino, features footage from the documentary.

He further elaborated in a statement: “Nobody should be scarred for life, be crippled or have their children orphaned because of their love for rock ‘n’ roll. This documentary not only serves as a reminder of this incredible tragedy, but it shines a light on an amazing group of people who overcame unfathomable loss, and survived, even thrived in the aftermath.”

While “Stand” wasn’t written specifically for “The Guest List,” Snider says it’s “a perfect fit,” and takes aim at members of the rock community who, he claims in the doc, did not offer assistance because “nobody wanted to be associated with hair metal bands.”

“If it was U2, the Pope would have shown up,” he groused in the film. “The full tragedy of that horrific night was the despicable lack of support shown for a community in desperate need. ‘Stand’ speaks to the importance for us all to recognize these moments of desperation and do something about them. ‘Don’t leave your mark … leave a scar!’”