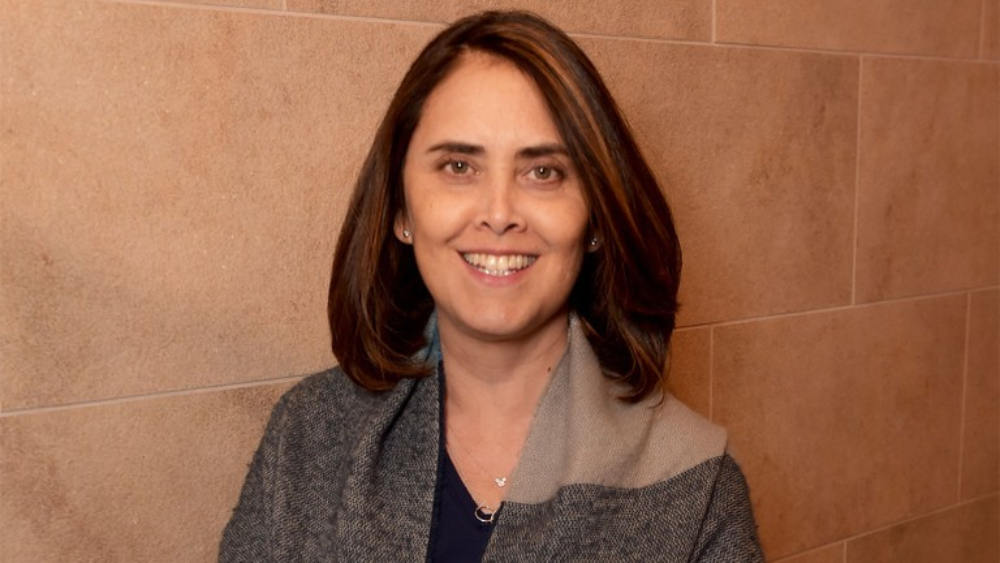 The Recording Academy has named veteran talent producer Chantel Sausedo to the new position of managing director of artist relations. Over the past 20 years Sausedo has served as talent producer or a talent executive on multiple Grammy Awards and Billboard Music Awards, as well as last year’s “John Lewis: Celebrating a Hero,” “Stand Up for Heroes,” BET Awards, Fashion Rocks and many others, including government events.

Rather than issuing a press release, Sausedo sent a letter to members of the Academy that Variety has obtained.

Many of you have seen my name in your inbox as one of the producers and Booker for the GRAMMY Awards or other notable music events, however, I’m pleased to let you know that I have joined the Recording Academy team as its Managing Director of Artist Relations. For anyone I haven’t had the pleasure of working with in the past, I’m Chantel Sausedo and I am very excited to be a resource for you and your team.

Before joining the Academy, I worked in the entertainment industry and alongside the Recording Academy as a producer and talent manager for more than 20 years. I also have worked with many recognizable artists Stevie Wonder, Billie Eilish, Miranda Lambert to name just a few, and produced events for several Presidents, The Pope, The Dalai Lama, Google, the United Nations, and the Democratic National Committee.

In this role, I will be your main contact for anything regarding artist involvement at the Recording Academy, which includes Awards, Advocacy, Marketing, Digital Content, and MusiCares, amongst other initiatives.

As you may know, the Academy recently went through a reorganization but I want to make sure that we don’t miss a note and that you and your artist feel as comfortable as possible whenever you work with me, the team, and the organization. If you have any questions or want to discuss any opportunities, please feel free to contact me.

I look forward to working and chatting with you soon!

Even before the pandemic, the 2021 Grammy Awards were going to be very different from previous shows.

For the first time in 40 years, the show will not be produced by veteran Ken Ehrlich, who announced in 2019 he’d be stepping aside for longtime James Corden producer Ben Winston. Ehrlich brought such familiar signature touches — thematic medleys with generation-spanning duet partners, understated nods to the social cause of the moment, and a certain old-school showbiz razzmatazz — that it’s hard to imagine the Grammys without him.

More pointedly, the 2020 Grammys took place against an ugly backdrop of mismanagement allegations and longstanding accusations of gender and racial misrepresentation in the awards, the Recording Academy and the industry. This was capped by a blockbuster legal complaint filed against the Academy in January by ousted president/CEO Deborah Dugan, who was placed on leave just days before the show amid strongly worded but vague accusations of “misconduct.” She responded with multiple allegations, including of sexual discrimination and harassment by Academy official and industry power broker Joel Katz (the litigation is ongoing). In a long speech at Clive Davis’ annual pre-Grammy party, Diddy put the Academy “on notice.”

But it was all put in sobering perspective when Los Angeles Lakers star Kobe Bryant and eight others died in a helicopter crash on the morning of the awards. The event took on a somber air that afternoon as thousands of Grammy attendees merged with Bryant mourners outside the Staples Center, but apart from a couple of speeches cut short, the awards went relatively smoothly. In the following weeks interim president/CEO Harvey Mason jr., a veteran songwriter and producer who is also the head of the Academy Board of Trustees, set about righting the ship.

Mason’s task became far more complicated when the pandemic hit just weeks later, and virtually every concert, tour and recording session was cancelled or postponed. Within days, the Academy and its MusiCares non-profit organization launched a coronavirus relief fund with $1 million donations from each. Mason and others rallied contributions from nearly every major music company, and within weeks had distributed more than $20 million.

Against that backdrop, he filled the MusiCares executive director position, which had been vacant for two years, and moved forward on several pledges to promote gender and racial diversity that had been promised or begun by his predecessors: He appointed Valeisha Butterfield Jones as chief diversity officer, created a Black Music Collective chaired by six top Black executives, and announced a partnership and $1 million donation to the civil rights advocacy nonprofit Color of Change.

Along the way, he, Winston and their teams began trying to figure out how the hell to put on an awards show, normally held before a capacity crowd of 18,000 people and more than 18 million viewers, during a pandemic.

While show plans were still in flux at the time of this article’s publication, organizers are working full steam on three different scenarios, Mason tells Variety, although the goal is to stage an event that is 100 percent live, without pre-recorded elements. “We’re looking at Staples with a limited audience, although that seems increasingly unlikely; Staples with live performances and no audience; or something a little more virtual, with some elements from different locations,” he says. “We’re still waiting to hear back from our partners at the network and the venue and our medical experts, because obviously we want this to be safe for everyone. But the date is definitely Jan. 31, and it’s going to be a spectacular show.”

“Spectacular” is not an adjective often associated with the major awards shows that have already been held this year, although all made the best of a difficult situation in different ways. The BET Awards, which took place late in June at the height of the national protests, struck a remarkable balance between righteous anger, humor and entertainment, and featured what were essentially newly filmed music videos, many of them politically charged: the most powerful began with DaBaby rapping the song “Rockstar” lying on a pavement, while the camera gradually panned out to reveal a policeman’s knee on his neck. The VMAs featured elaborate performances from remote locations; September’s ACM Awards threw the situation into heart-rending relief by featuring live performances from iconic — and empty — Nashville venues. The Emmys gamely tried to preserve the “And the Winner Is” moment by sending remote cameras to virtually every nominee.

With those precedents, the Grammys could do go in virtually any direction — and with Winston taking over from Ehrlich, it’s like the school has a hip, new principal.

Mason laughs at the analogy before continuing more seriously: “Obviously, this is a very unique year. We’ve been looking at all of the shows really closely and I’ve been talking with some of the people who put them together — the creative and also the business side. I think there have been some great examples of how to present music and awards at these shows, and I think there’s some other things that we’re gonna do pretty differently. The civic and social unrest deserves to be addressed, and we always encourage artists to voice their opinions, so I expect we’ll see messages both from the artists’ side and the Academy side. Without sounding overly [self-] important, I think the Academy can be instrumental in driving real change.”

Granted, similar words have been spoken by past Grammy chiefs, and the challenge of enacting change in music business roles traditionally dominated by white males — from record company CEOs to recording engineers — is steep. But it’s one Mason is eager to tackle head-on.

“For me, it’s different, because I come from this background,” he says emphatically. “I come from having been discriminated against and left out of opportunities. I’m not complaining or trying to gain sympathy, but I’ve seen this happen personally, so it’s in my DNA to want to make things different. For me, it starts when I wake up every day: What can we do, who can we talk to or bring on board or partner with who can make a difference? I see the value in diversity, whether gender, race or sexual orientation — I’ve done it in my business and my life, and we’ve been doing it at the Academy for years: We’ve reached gender parity in our leadership, we’ve almost reached sexual-orientation parity and we’re almost there on racial parity.

“It’s not just for the sake of talking about it,” he concludes. “We believe different opinions and perspectives inform better decisions.”

The degree to which those changes will be reflected in the Grammy nominees and winners will not be seen for several months, and the decisions are made not by Mason, but by Academy committees and voters. And despite the leadership he’s displayed in recent months, Mason insists that he’s planning to go back to his day job once a permanent president/CEO is in place, possibly as soon as next May.

But in the meantime, “I love what we’re doing and where we’re headed, I’m energized and excited by the transformation that’s going on here, and I’m working like my hair’s on fire,” he says. “It’s a different day at the Academy, and it’s a new Academy. There are a lot of new people, our membership is changing — we invited 2,600 people, with an emphasis on gender and racial parity — and we have a window of time here where the CEO is a music person: Normally, I am in the studio every day working with songwriters and artists, so I do feel like I have a little bit of an advantage because I come directly from the world that we are representing. So hopefully,” he concludes, “we can get a lot more done in the next few months.”