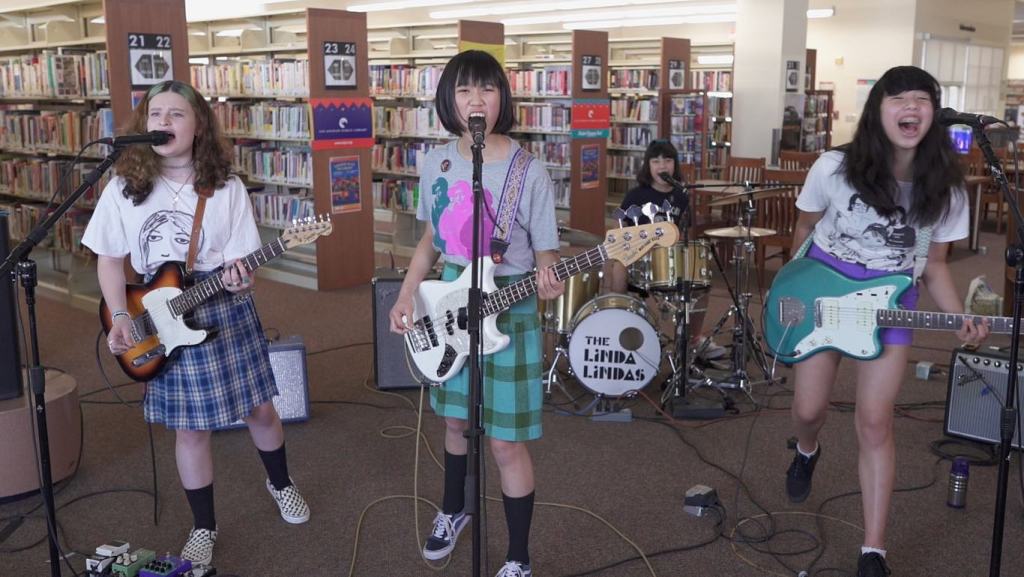 Based in Northeast Los Angeles, the Linda Lindas are a quartet made up of guitarist and vocalist Lucia de la Garza, 14, bassist and singer Eloise Wong, 13, drummer and singer Mila de la Garza, 10, and guitarist and singer Bela Salazar, 16. They describe themselves on social media as “Half Asian / Half Latinx. Sisters, cousins and friends who play music together because it’s fun!!” The group recently signed with Epitaph Records.

Before performing their popular song, the group discussed their band’s recent claim to fame on the late-night show. Wong said the group’s name was inspired by the 2005 Japanese indie film “Linda Linda Linda.”

“In [the film], there are high school girls who cover the song ‘Linda Linda’ by the Blue Hearts,” Wong said. “So we’re kind of named after both of those.”

Mila de la Garza said the backstory behind “Racist, Sexist Boy” was that a boy at school backed away from her after she revealed her Chinese heritage.

“There’s also a lot of sexism around boys our age,“ Wong said. “So we were really angry and we decided to write a song about it.”

When asked by Kimmel how the group found out their library performance had become popular, Salazar said she was in the middle of history class.

“My phone kept buzzing,” Salazar said. “My teacher kept looking at me like, ‘what are you doing?’ And then I opened my Instagram and it’s like my whole feed is of us. I was just like, ‘Whoa!’”

As for the “racist, sexist boy” who inspired the popular song, the punk rock group doesn’t know if he’s in the loop. And they don’t care either.