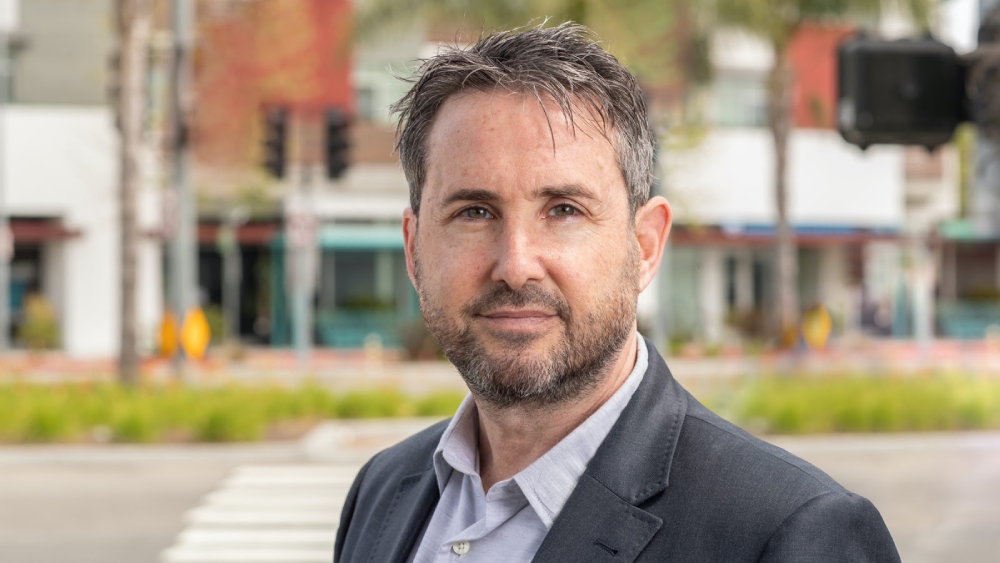 Agent-producer Brian Sher has been named president of Quality Films, the film and television division of Quality Control, the label and management company that spawned the careers of Lil Baby, Lil Yachty, City Girls, Migos and many more.

According to the announcement, in his new role, Sher will oversee development and production of the company’s slate, which will emphasize culturally driven stories, as well as develop vehicles for the label’s artists. Kevin “Coach K” Lee and Pierre “P” Thomas are the founders of Quality Control and its ever-expanding media umbrella.

“It’s truly an honor to join forces with Coach and P as they expand their empire into yet another media vertical,” said Sher. “QC is the gold standard in the music business and I have no doubt we will replicate that success in the film and television space and beyond.”

Sher, Coach and P have already collaborated as producing partners on various projects, including three centered around QC artist Lil Yachty. In 2019, Sher and QC produced the hit film “How High 2” for Universal/MTV starring Yachty and DC Young Fly, in 2020 they developed and sold the scripted show “Public Figures” to HBO Max for Yachty to star with Ian Edelman as show-runner. Most recently they announced a partnership with Mattel films to produce the “Uno” film, with Yachty playing a lead role.

Sher also recently played a key part in QC artist and Migos member Quavo landing his first major movie role in “Wash Me in the River,” opposite Robert Deniro and John Malkovich. Sher and Quavo have also teamed up on “Supreme Courts,” a recently-announced YouTube series that they will executive produce with Tom Foreman’s Critical Content.

“Brian is a great partner and we are excited to have him leading our team,” said Coach and P. “We are gonna build something very special together.”

In 2015, Sher founded Crossover Entertainment, working with musicians to find them opportunities in film and television. Sher has worked with Nicki Minaj, Tyga, G-Eazy, T.I., and the Roots, among others.

Sher was a motion picture agent at ICM from 2001-2009, representing screenwriters, directors, and actors. In 2011, he partnered with Kelsey Grammer in his Grammnet Productions under a scripted deal at Lionsgate, where they developed and executive produced three series. Starz’s Golden Globe-nominated series “Boss” for which Grammer won the Globe for Best Actor; the FX comedy “Partners” starring Grammer and Martin Lawrence; and Hulu’s “Light As A Feather.”

Sher has also packaged and executive produced several non-scripted series, including Nicki Minaj’s “My Truth” for E!, “Christina Milian’s “Turned Up” for E!, “The “Michael Vick Project” for BET, “Sisterhood of Hip Hop” for Oxygen, “Family Hustle” for VH1, Master P’s “Family Empire” for Reelz, and MTV’s “The Road to Redemption.” Sher was also a Producer on “The Trap” for Netflix.

He is represented by Todd Rubenstein at Morris/Yorn.

A who’s who of black entertainment and tech filled the Beverly Hilton Hotel ballroom on June 22 for the 4th annual Culture Creators Innovators and Leaders Awards brunch. Honorees included Byron Allen, who received the Icon Award; actress and executive producer Marsai Martin, who was named Innovator of the Year; and Quality Control Music founders Pierre “P” Thomas and Kevin “Coach K” Lee for their contributions in Music.

Variety spoke with Coach K during the ceremony about the recent anti-abortion laws affecting his hometown of Atlanta.

“It’s already started taking money and business away,“ said Lee. “A woman should have a right to do whatever she wants to do. I have a mom. I don’t have any girls, but it’s ridiculous. The film business that was creating all these jobs in Atlanta and in Georgia, they’re starting to bail out. They need to fix that.”

“I want to first thank Joi Brown, for creating a space and place for community and inspiration we all need and look forward to,” said Habtemariam before turning it over to “her boys” and reminiscing of first linking with the two.  “Five years ago, I was appointed President of Motown Records. At the time, it was the hardest thing in my career. All of a sudden, there was this black-and-white image of this legacy. … We touched pop culture. There was conversations around value of our executives and our worth.”

P accepted the award first, stating: “I really want to give thanks to my partner Coach K. A lot of people don’t give him the credit he deserves. This is an amazing man, he saved my life. I came to this man six years ago [and said], ‘Hey bro, if you don’t get me out these streets, I’ma die. I’ma go to jail.’ I came from a very bad background from the hood in Atlanta, just trying to survive the streets and do something positive. I’m, like, ‘Bro, I need some help. Trying to get into this business and do something legit. I just need your guidance, if you could just help me.’ I had this studio I built, had these artists, but shit wasn’t going how I wanted. I got the money, just need the guidance.”

Six years later, the two were still standing side by side. P continued: “Thanks you to Coach, because God put you in my life to get to where I’m at. I’m just trying to return the favor by continuing to help other people. We need more CEOs out here. We need more people that’s helping other people. If you get in position, do something to help others. If God gives you the opportunity to help your family, return the favor by helping someone else.”

Next, Lee took the microphone. “I’m one of those guys I just put my head down at work,” he said. “To get recognized, Culture Creators is very big. I’ve been in the business 15 years, I’m just started getting acknowledged for my work years ago. I always felt like I went in circles. I came to him, ‘Listen man, I’ve been in this game a long time. Had my ups and downs, but I believe in me. If you believe in me, we gon’ be No 1. Trust me.’ We locked in. We’re just getting started. What you see now, this ain’t nothing. Give us a few years.”

Lee also thanked Habtemariam, recalling, “ I said, ‘Give us that chance, you gon’ look like a genius.’”

Eleven-year-old Martin also had inspiration to share. Accepting her Innovator of the Year award, she said: “I’m grateful to be seen and awarded by the Culture Creators. I dedicate this award to all the young girls of color who don’t feel like they don’t belong or just are not seen. I want you to know I see you and as long as I’m pushing the narrative, the world will see you also.”