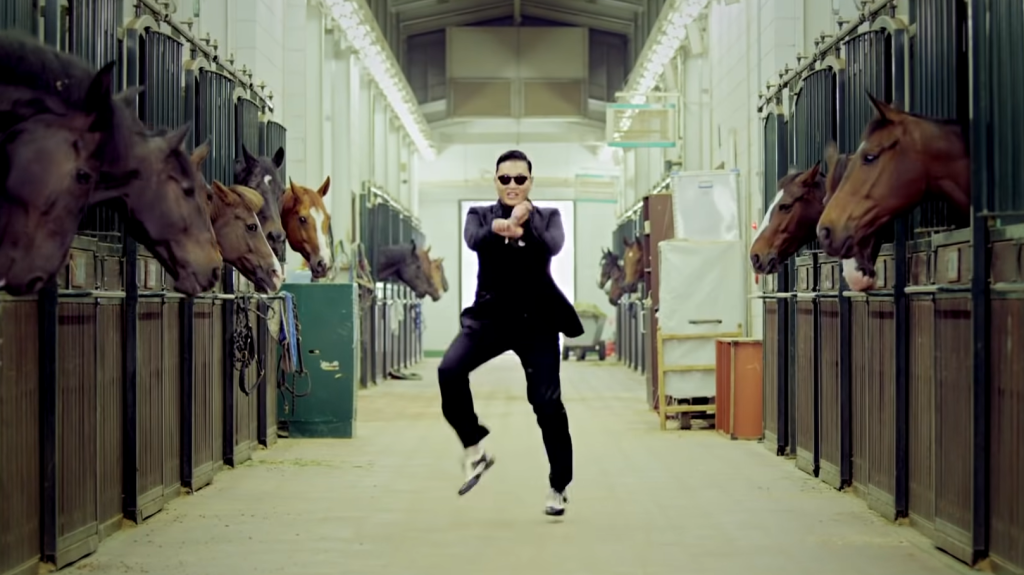 Less than six months after its release, “Gangnam Style” on Dec. 21, 2012, became the first honoree in YouTube’s Billion Views Club. And today, it remains on YouTube’s Top 5 list of the most-viewed music videos ever on the platform, with 4.47 billion views (and counting).

In a statement provided by YouTube, Psy commented: “Being the first artist to reach 1 billion views on YouTube was an extraordinary feeling 10 years ago and it still is today. To have played a role in paving the way for music of all kinds to transcend borders is a true honor.”

Fun historical note: In 2014, YouTube joked that “Gangnam Style” had broken its video-views counter when it surpassed 2.147 billion views; the software was originally limited to support for 32-bit integers (lol!).

Since Psy’s milestone a decade ago, dozens of other music videos have topped 1 billion YouTube views, spanning genres and generations.

J Balvin and Justin Bieber both have 11 official music videos in YouTube’s Billion Views Club (in which they are the lead/featured artist or collaborator) — tied for the most of any artist. Right behind them is Ozuna with 10, and Rihanna, Nicki Minaj and Maluma with eight each.

Fastest Music Videos to Reach 1 Billion Views, by No. of Days After Release

Fewer videos from the pre-YouTube era have crossed the billion-views mark. The only song from the 1970s to join the club is Queen’s “Bohemian Rhapsody.” Here are the songs from the ’80s and ’90s that have surpassed 1 billion views on YouTube, according to the platform: