Just over a week since his death, Prince Philip is being laid to rest today (April 17) at St. George’s Chapel in Windsor, where eyes around the world will fall on the royal family, which will be together in rare public view after an especially turbulent period.

The funeral convenes 30 members of the royal family, including Prince William and Prince Harry, who traveled from California to the U.K. earlier this week for the occasion. The family reunion comes just over a month since Harry and wife Meghan Markle’s explosive CBS interview with Oprah Winfrey, though the Queen has done everything in her power to diffuse any awkwardness, including forgoing military uniforms for members of the royal family, thus allowing Prince Harry and her son, the scandalized Prince Andrew, to save face after stepping down from official duties.

More than 730 members of the armed forces are taking part in the funeral proceedings, in honor of the Duke of Edinburgh’s military background. In the hours leading up to the service, which begins at 3 p.m. local time, various branches of the armed forces have been honoring the royal with processions on the royal grounds, while the King’s Troop Royal Horse Artillery made its way along the Long Walk in Windsor earlier this afternoon.

The BBC has carved out five hours in its Saturday afternoon schedule for coverage of the funeral, led by presenter Huw Edwards. The corporation has been in the crosshairs over the last week after pulling regularly scheduled programming on April 9, when news of the Duke of Edinburgh’s passing first broke, to air blanket coverage of his death.

The coverage, which usurped the “MasterChef” finale and other popular primetime shows, led the BBC to set up a dedicated complaints page to deal with the deluge of disgruntled viewers. More than a staggering 109,000 complaints were made.

Nonetheless, the Beeb made no apologies for its coverage and revealed on Thursday that the duke’s funeral would receive five hours of air time on flagship channel BBC One. On BBC Two, regularly scheduled programming will continue for much of the day, though the funeral will air at 8 p.m. 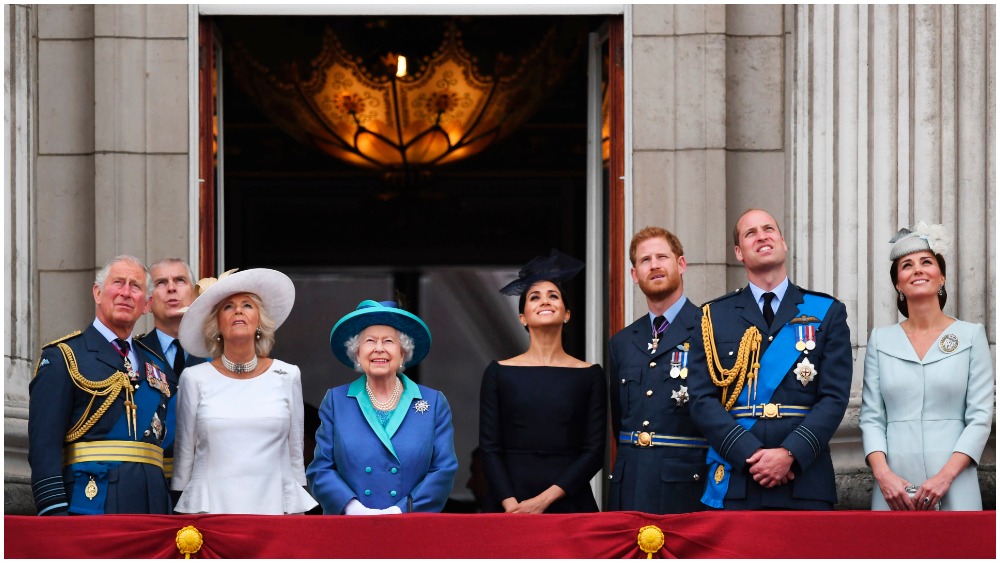 There are some things you just don’t do on British television, and slamming the Royal Family tops the list. But in the course of two momentous hours, an unwritten, invisible code of conduct that quietly permeates most Royal-centric programming in the U.K. came crashing down.

“Oprah with Meghan and Harry: A Primetime Special” aired on “Love Island” broadcaster ITV at 9 p.m. on Monday night, almost a full 24 hours after the CBS broadcast in the U.S. And though the bombshell interview had already detonated across the pond, you couldn’t not watch. It was the interview many in this country have been anticipating — maybe even dreading — for years.

The sit-down would never have been commissioned by a British broadcaster because the Royal Family would have never allowed it. It was always going to come from the U.S., and the shiny spectacle of it — Oprah! A back yard from ‘Cribs’! The chickens! “Hydrate”! — was an incredible sight, plonked squarely in ITV’s weekday primetime schedule, all to the tune of a reported £1 million ($1.4 million), according to our sources.

Markle’s simmering anger about her treatment in the U.K. was palpable — a key nuance that the clips released in advance by CBS didn’t necessarily convey — and added a dimension to the interview that will likely stay with many Britons for some time to come. “Behind the scenes, you couldn’t have known,” said correspondent Rebecca Barry of Markle’s anguish in an ITV news package that immediately followed the Monday night broadcast.

Couldn’t we, though? We all saw the same nefarious headlines and tabloid coverage, day in and day out. We all watched Markle’s eyes stinging with tears when journalist Tom Bradby asked if she was “okay” in the documentary about their South Africa tour. Masterfully interviewed by friend and neighbour Oprah Winfrey, Markle didn’t just spill the tea — she smashed the fine china.

A glance at the front pages of the papers on Tuesday tells you all you need to know about the U.K.’s response to one of the biggest national indignities in decades. A scandalized Daily Mail asks “What Have They Done?” billed as part of a “Royal Crisis Special” while the Daily Mirror spouts “Worst Royal Crisis in 85 Years,” reporting of a “palace in meltdown.” A column by Allison Pearson runs below the fold on the Daily Telegraph: “They may claim to respect her, but this is a devastating insult to the Queen,” reads the headline. Over at tabloid Daily Star, it’s sheer folly: “Our telly broke at 8:59pm last night. Did we miss anything?”

Then consider a snap poll conducted by British market research and data analytics firm YouGov, which revealed on Monday that 47% of the public felt the interview was “inappropriate” (21% felt it was appropriate and 31% were neutral). It’s worth noting, too, that of those who felt this way, 71% were Brexit supporters while 37% were remainers.

They’re not wrong: Winfrey’s interview was inappropriate — but spectacularly so. To see a British prince on an American network, confronting his privilege and airing his troubles, knowing full well that this primetime special will be sold far and wide across the Commonwealth nations his beloved grandmother, the Queen, holds so dear, is virtually unthinkable.

There’s also a sad precedent: Diana. For many, there’s an uncomfortable feeling of déja-vû. Diana’s explosive “three of us in the marriage” interview with Martin Bashir in 1995 remains one of the country’s most historic TV moments, and her self-branding as “the Queen of People’s Hearts” did exactly that. But Diana already had public opinion in her corner back then. And despite recent investigations into Bashir’s means of scoring the interview, the BBC was the country’s own turf. Similarly, Prince Andrew’s public image appeared to implode in real time in late 2019, but even then it was on the BBC’s Newsnight program.

This time around, the hurt could be a little deeper. It was hard for the U.K. to accept that one of their own fled to the U.S. And now, for American media to be controlling the narrative? Impossible.

But could it be that maybe Britain’s seen the light here? Twitter, from what I saw, wa