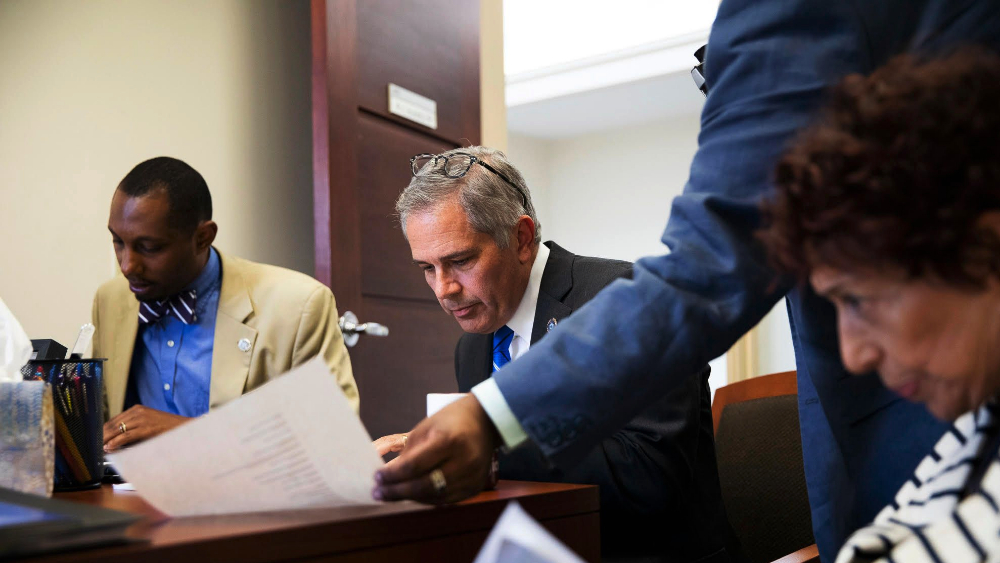 No one said starting a revolution, even at a local level, was going to be easy. Nor did they say it would be a painless experience figuring a way to sustain it and persuading others to buy into the radical ideas it would take to fundamentally transform how the criminal justice system operates from within.

Such is the case with former civil rights attorney Larry Krasner, who was elected District Attorney of Philadelphia in 2017 with promises of confronting contentious issues like eliminating bail payments, declining to prosecute low-level offenders, and holding police officers accountable for bad behavior.

Krasner’s rise to the role of D.A. was monumental because as a former defense attorney and critic of the D.A.’s office for the last 30 years, someone as progressive-minded as he was never supposed to reach a position that is usually reserved for a bureaucrat set on taking a tough, law-and-order approach on crime.

In the PBS Independent Lens docuseries “Philly D.A.,” creators Yoni Brook, Ted Passon and Nicole Salazar go behind the scenes into Krasner’s grassroots and groundbreaking campaign, his unexpected landslide victory over career prosecutors and his turbulent first term as the chief law enforcement officer of the most incarcerated big city in America, where individuals locked up are disproportionatey black and brown.

In the two episodes of the eight-episode series that premiered Tuesday as part of the Sundance Film Festival, Krasner and his team make their objectives abundantly clear. Once they take control of the department, sticking to the status quo is not an option. Krasner explains that because he was elected to his office by the citizens of Philadelphia to shake things up, he was going to do just that – “for better or worse.”

Early in the series, the dramatic shift in Krasner’s D.A. office begins with the dismissals of 31 city prosecutors who, based on their history, no longer fit with the city’s new, forward-thinking attitude. It’s a shock to the system Krasner’s detractors feared. Because of the inclement weather conditions that day, it was called the Snow Day Massacre.

The firings were just the beginning. During a meeting with his staff in the first episode, Krasner asks for a list of “every pending marijuana possession case,” so his office can drop the charges. “That ridiculous nonsense is gone,” he says fully aware that the bold decisions he is making will likely face scrutiny from conservative groups and police unions at every turn. The direct way he evaluates problems that have plagued the city for decades is a hopeful sign to his supporters that sweeping changes are coming – and coming fast. “We have to avoid falling into this pit of how government behaves,” Krasner says.

The phrase “how government behaves,” however, does not have the same connotation for everyone. Krasner and his team soon find out how difficult their jobs are going to be when they start receiving pushback on their policy renovations aimed at redefining justice in Philadelphia. This includes condemnation from Philly’s police union president, John McNesby, whom the narrative seems to be setting up as the docuseries’ main villain, especially in episode two when Krasner’s team discover a “do not call” list of local officers who cannot be trusted to testify in court on behalf of the city. The revelation prompts Krasner not only to disclose the misconduct of the officers, but to set up a database to keep track of corrupt cops. Whether McNesby makes the perfect foil for Krasner and his left-wing idealism remains to be seen, but it will be noteworthy to see how “Philly D.A.” creators frame Krasner’s most vocal critics as the series continues.

No matter what side of the political spectrum viewers find themselves, “Philly D.A.” is an eye-opening exploration inside a powerful big-city government office at a time when tensions in the U.S. are at a boiling point on issues of racial injustice. It is still unclear whether the docuseries can act as some sort of bridge to find common ground on divisive issues or if it will include decisions made by Krasner over the last three years that some say have led to the deaths of local police officers and residents.

The first two episodes of “Philly D.A.” are compelling. It’s empowering to watch Krasner take his activist philosophies and basically walk into a room to say, “There’s a new sheriff in town.” For anyone looking for a leader who is not interested in simply paying lip service to win an election or a second term, “Philly D.A.” will likely be their candidate of choice.