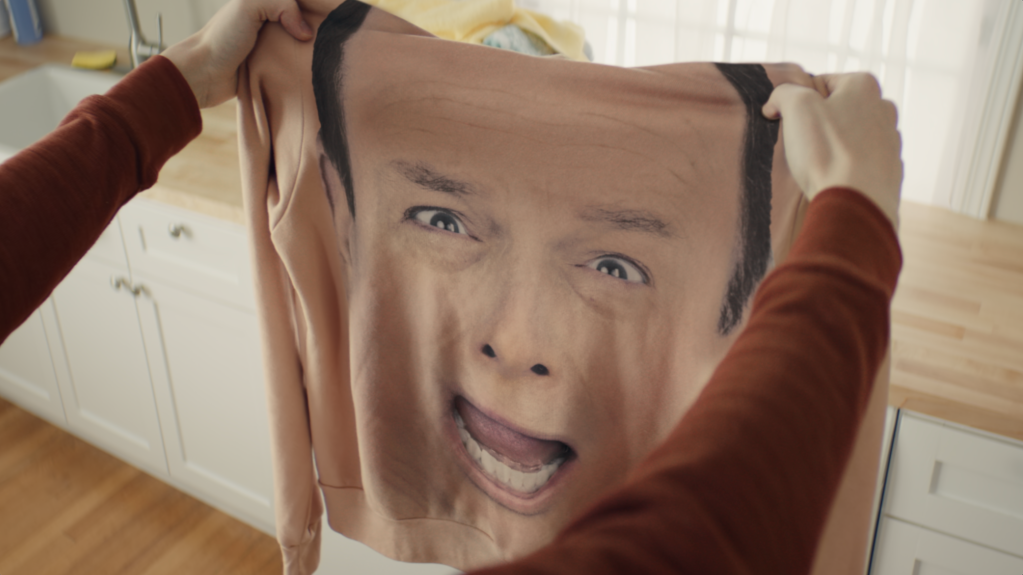 Super Bowl ads typically offer a mirror on society, but on Sunday they provided a window into the future.

Dozens of Super Bowl advertisers ignored the coronavirus pandemic that grips the nation, and looked instead to the better times they hope will arrive. Few if any of the characters in more than four dozen commercials spread out across 19 different breaks were spotted wearing masks or social distancing, and some were seen gathering together in small groups — including a horde of “Bud Light Legends” made up of characters from decades of the beverage’s popular commercials. “C’mon, let’s grab a beer,” says one friend to another in a corporate spot from Bud Light’s parent, Anheuser-Busch. When’s the last time many people have heard that?

“Brands are going with a much lighter tone this year,” says Brad Emmett, co chief creative officer of the Detroit office of McCann Worldgroup, part of Interpublic Group, He helped craft a Super Bowl ad for General Motors that relied on the comedy of Will Ferrell.

Madison Avenue’s sunny disposition didn’t come by accident. Executives at some of the nation’s savviest marketers say consumer research told them this year’s Super Bowl audience wanted to laugh or feel optimistic, not wring its hands over difficult times. PepsiCo found 93% of consumers expected to watch CBS’ broadcast of Super Bowl LV, which featured the Tampa Bay Buccaneers beating the Kansas City Chiefs, alone or in small groups, according to Rachel Ferdinando, senior vice president and chief marketing officer of the company’s Frito-Lay snack unit. “There is more responsibility on us to create more smiles,” she says.

Other top advertisers concurred. “I think it’s a massive release,” says Andy Goeler, vice president of marketing for Bud Light, in an interview,  referring to how customers might view the Super Bowl. “So many people from across the country are going to be enjoying the event and getting away from all the stuff we have been through.”

Some advertisers deliberately sought to make people feel happy while making a new point about a product or service. Procter & Gamble enlisted Jason Alexander and dozens of his facial expressions to show what happens to a hoodie that isn’t washed properly.  Uber Eats revived the “Saturday Night Live” sketch “Wayne’s World,” complete with visits from Mike Meyers and Dana Carvey,. DoorDash tapped the residents of Sesame Street. And Shift4 asked viewers to envision the prospect of an all-civilian journey to space.

Even one of the nation’s beleaguered movie companies tried to offer a ray of hope, with Comcast ‘s Universal studio vowing to release films like “Old” in theaters — sometime soon.

And guest stars were in high demand. Carol Goll, who is heads up global branded entertainment for ICM Partners, estimates advertisers ramped up their use of celebrities by about 10% over 2020. Samuel L. Jackson took the lead for Verizon Kenan Thompson and Awkwafina lent a boost to Ferrell. Winona Ryder and Timothee Chalamet revived the 1990 movie “Edward Scissorhands” on behalf of Cadillac. Amy Schumer added flavor to Hellman’s first time advertising in the Super Bowl.  The event “is still the biggest stage, and you have to get it right,” she says, noting that a celebrity sighting might help offset tougher production hurdles in place due to the pandemic. “Having talent definitely makes a bigger impact and creates awareness and helps create the emotional connection between the products and the consumer,” she adds.

Simply put, consumers just can’t watch more coronavirus ads, suggests Chris Beresford-Hill, chief creative officer of the New York office of TBWA\Chiat\Day, who helped craft a Super Bow spot for a new flavor of Mountain Dew. Those commercials, which turned up in droves last spring and spoke of a nation going through “unprecedented times,” wore out their welcome quickly, he says, “It became pretty hard to watch.”

If ads did touch upon more serious issues, they tried to inspire. Toyota told the story of Paralympian Jessica Long, who had her legs amputated below the knee at a very young age. And Jeep enlisted none other than Bruce Springsteen, who called for the nation to come together after a period of division in a cinematic two-minute spot. “That was a ballsy, ballsy play,” says Chuck Meehan, the other co-chief creative officer at McCann’s Detroit office, who was monitoring the work of a direct rival of his client.

The Super Bowl provided an interesting field for experiments. ViacomCBS used its promo time to push the launch of its new Paramount Plus streaming service. Multiple spots featured personalites from across the big media company — Stephen Colbert, Norah O’Donnell, Dora the Explorer and Patrick Stewart among them – climbing “Paramount Mountain” on a quest. Participants appeared to have been filmed individually, raising the bar for the company to make its point.  Verizon planned an after-party of sorts, a live-streamed concert to raise money for small business that featured musicians like Alicia Keys and Brandi Carlile.

Meanwhile, Mountain Dew asked viewers of its commercial to count the number of bottles appearing in the ad, then tweet the figure in a bid to add $1 million dollars. “We think that has a chance to be the most-watched ad in Super Bowl history,” says Greg Lyons, chief marketing officer of PepsiCo. At a time when more consumers are able to toggle between multiple screens and devices, executives felt the concept would spur people to watch the several times via TV and YouTube, says Beresford-Hill, and therefore “gamify” the commercial.

Some efforts didn’t seem ready tor big-league play. A commercial from oat milk producer Oatly featured its CEO playing music in a field and felt more like a pre-roll ad for a selection on YouTube. A commercial from Dr. Squatch, a maker of soaps and hygiene products for men, lacked the big production values expected of Super Bowl ad players.

The broadcast was ripe for marketers’ gaffes. CBS sold ads to 17 Super Bowl newcomers, a sign of the roiled ad market that has evolved during the pandemic. Some stalwart brands — Pepsi, Coca-Cola and Budweiser — put their flagship products on the bench. And while PepsiCo and Anheuser-Busch were big spenders, so too were start-ups and newbies like Fiverr. Vroom and Mercari.  Just seven first-timers bought ads in last year’s Super Bowl broadcast, meaning the 2021 Super Bowl ad roster contained a whopping 142.8% more first timers.

Advertisers weren’t talking about the pandemic, but they were still pushing people to think past it. “We are in weird times,” says Cedric The Entertainer, the comic actor who was among the large cast in Bud Light’s ad. The Super Bowl has “the best energy around it, that is very celebratory. We are used to that in America. It’s the second New Year’s Eve.”