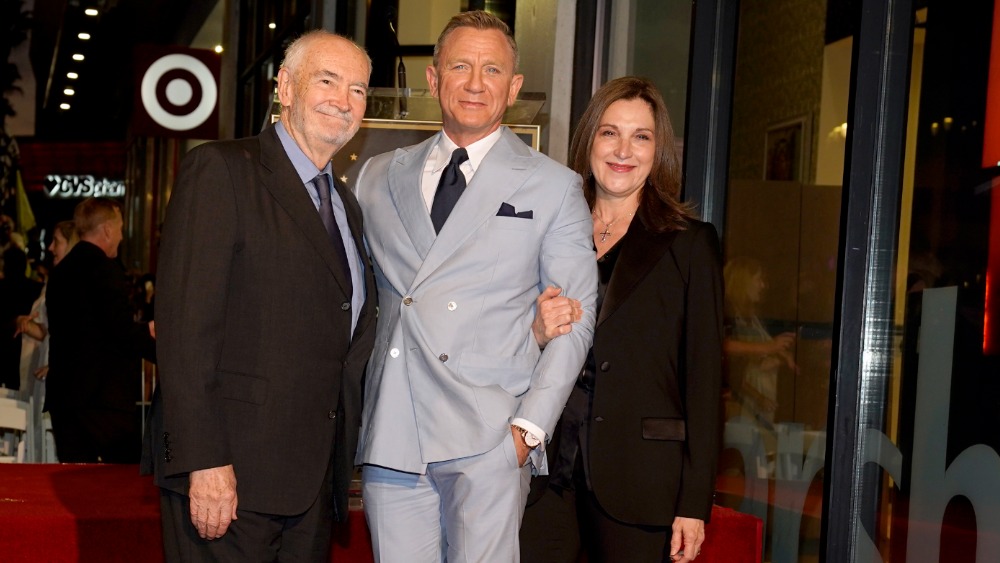 Some of the U.K. entertainment industry’s best-known names have been awarded the country’s highest honors by the Queen.

Craig, who lives in the U.S., was honored on the ‘overseas and international list’ making him a Companion of the Order of St Michael and St George (CMG) — the very same honor the fictional 007 holds in the books. Craig was awarded his CMG for services to film and theater.

Broccoli and Wilson, meanwhile, were awarded CBEs (which stands for Commanders of the Order of the British Empire) for services to film, drama, philanthropy and skills alongside director Paul Greengrass (“Bourne” trilogy), who received his for services to the arts, and author Anthony Horowitz (the “Alex Rider” series) for services to literature.

Among those also receiving honors from the Queen were actors Joanna Lumley (“Absolutely Fabulous”) and Vanessa Redgrave (“Atonement”), both of whom received damehoods, the Queen’s highest honor for women.

Also awarded OBEs were Pinewood Group’s director of corporate affairs Andrew Smith for services to business and to the British film industry, and Greg Childs, editorial director of The Children’s Media Conference, for services to international trade and children’s media.

Television presenters Kate Garroway and Margherita Taylor were both awarded MBEs (Members of the Order of the British Empire) for services to broadcasting and, in Taylor’s case, also for services to diversity.

Recipients of CBEs, OBEs and MBEs are entitled to use the letters after their names.