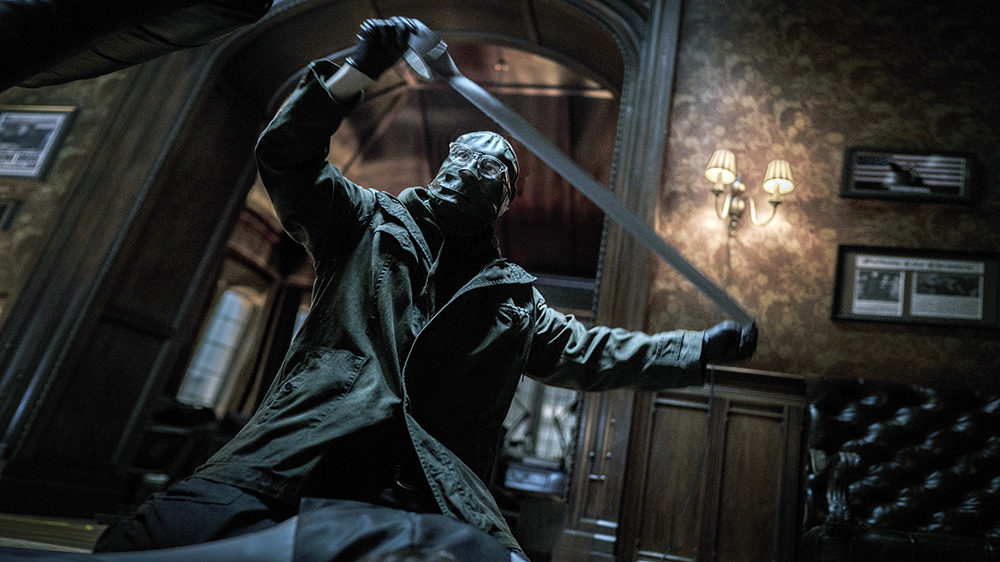 After his memorable turn as Edward Nashton in Matt Reeves’ “The Batman,” Paul Dano will be delving into the iconic villain’s origins with a new comic book: “Riddler: Year One.”

DC Comics announced Dano’s comic book writing debut on Friday and released a first look image to go along with it. The teaser features glasses atop scattered files and papers with the title written across in scratchy letters. The comic will launch in stores in October, although DC did not specify an exact launch date.

A new Riddler comic book hits stores this October with RIDDLER: YEAR ONE. Written by Paul Dano, unmask your first look here and see #TheBatman only in theaters now. pic.twitter.com/OVuIw7QEO0

Little information about the title has been unveiled, including the art team behind it, plot details and whether it will be a one-shot or miniseries. However, the title references “Batman: Year One,” the 1987 comic book arc written by Frank Miller and illustrated by David Mazzucchelli in the main “Batman” title. The four-issue story, which explores Bruce Wayne’s first year in Gotham and his creation of the “Batman” persona, was critically acclaimed from release and has since become regarded as one of the definitive “Batman” stories. The story was adapted into an animated film of the same name in 2011 and was a primary inspiration for Reeves’ “The Batman.” Two sequels to the arc, “Year Two” and “Year Three,” were released in 1987 and ’89, and various other “Year One” origin stories for Batman-affiliated characters have since been released. These include Jordan B. Gorfinkel and Jim Balent’s 1987 “Catwoman: Year One” and Chuck Dixon and Scott Beatty’s 2001 “Robin: Year One” and 2003 “Batgirl: Year One.”

Dano received acclaim for his portrayal of The Riddler in “The Batman,” which diverges from typical portrayals of the character by depicting him as a political extremist targeting the corrupt elite within Gotham. In his review of the film, Variety chief film critic Peter Debruge wrote that Dano was “genuinely disturbing” in the role.

The announcement continues a busy 2022 for Dano, who will be appearing in two more films over the course of the year. The first, “The Fablemans,” which is directed by Steven Spielberg and is based on his childhood growing up in Arizona, will release in theaters Nov. 23. Dano will portray Burt, the father of the main character Sammy (Gabriel LaBelle). He will also star in “Spaceman,” a science fiction drama co-starring Adam Sandler and Carrey Mulligan that is expected to release on Netflix sometime this year.