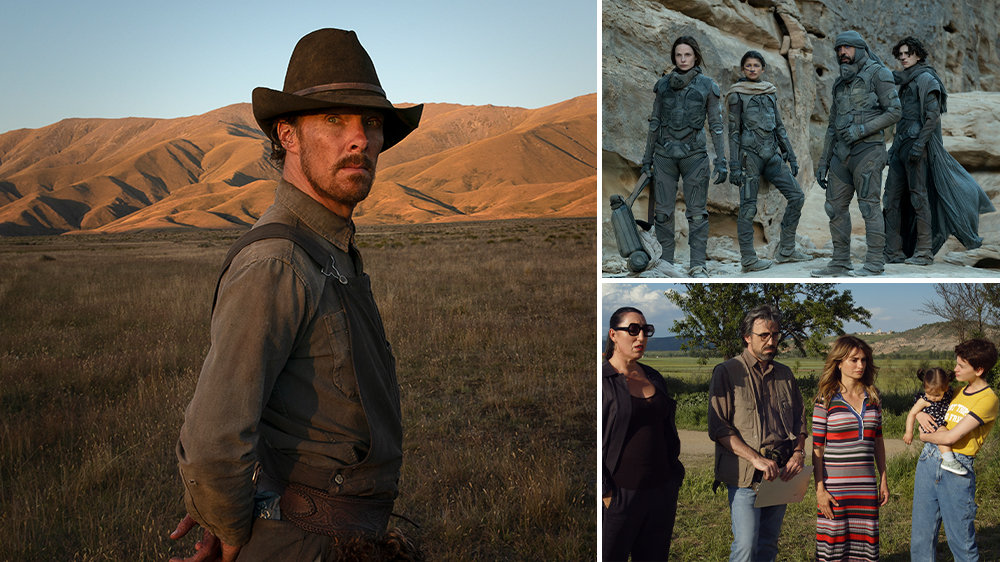 Venice this year has the goods and the glitz with a star-studded lineup packed with hotly anticipated titles such as Denis Villeneuve’s “Dune,” Jane Campion’s “The Power of the Dog” and Ridley Scott’s “The Last Duel,” alongside more esoteric titles. It’s likely to make the Lido a place to reignite theatrical and bolster its standing as an awards season kingmaker.

The U.S. studios and indies will be out in force. European cinema is well-represented, especially Italy. Latin America has a significant presence, as does the Middle East. The only notable absence is China, which, due to COVID restrictions, makes travel to and from the country extremely difficult for filmmakers.

“Up until recently all Americans were in lockdown, which was much more rigid than what European productions had to contend with,” says Venice artistic director Alberto Barbera. “Americans shuttered for a year, films were not released, talents and directors were prevented from attending festivals, even when they would have wanted to.”

But now, a majority of Americans have received at least one dose of the vaccination and they can’t wait to get back into the business of promoting and releasing movies.

Venice is enticing. It’s at the start of the new awards season, and it’s a launching pad that has proven its worth. “We’ve been launching films toward the Oscar every year, and often they won,” the Venice topper boasts.

Pedro Almodóvar’s “Parallel Mothers,” which stars Penélope Cruz in a story that expands the Spanish auteur’s previous depictions of womanhood, will kick off proceedings Sept. 1, in competition.

Cruz also stars in another hotly anticipated title looking to be lionized in Venice, the Spanish-language comedy “Official Competition,” revolving around a billionaire businessman determined to make a movie that will leave its mark on history. Pic is directed by Argentine duo Mariano Cohn and Gastón Duprat (“The Distinguished Citizen”).

Campion is in competition with her “Power of the Dog,” a drama about feuding brothers set in 1920s Montana and starring Benedict Cumberbatch, Kirsten Dunst and Jesse Plemons. “Dog” is one of two Netflix Original films in the Venice competition, the other one being Paolo Sorrentino’s personal drama “The Hand of God.” The film marks the Oscar-winner’s return to his hometown of Naples, 20 years after his dazzling debut “One Man Up” and also his first feature getting a Lido launch.

Venice is more Netflix-friendly than Cannes, which requires that titles in competition get a French theatrical release. Venice doesn’t have this rule, but Barbera vows that for both the Campion and Sorrentino pics, “a theatrical release is a certainty.”

Kristen Stewart as Princess Diana in drama “Spencer,” directed by Pablo Larrain, whose Jacqueline Kennedy Onassis pic “Jackie” also launched from the Lido, will be vying for a Golden Lion alongside Ana Lily Amirpour’s “Mona Lisa and the Blood Moon,” starring Kate Hudson. “Mona Lisa” will bring the Iranian-American director back to Venice after her post-apocalyptic cannibal love story “The Bad Batch” scored the Special Jury Prize in 2016.
Maggie Gyllenhaal, who recently served on the Cannes jury, will be in the Venice competition with her feature directorial debut, “The Lost Daughter,” based on an Elena Ferrante novel.

Paul Schrader’s thriller “The Card Counter,” about a gambler who attempts to guide a young man out for revenge against a mutual enemy, is among U.S. pics vying for the top prize. Cast includes Oscar Isaac, Tiffany Haddish, Tye Sheridan and Willem Dafoe.

Also from the U.S., albeit out-of-competition, is David Gordon Green’s “Halloween Kills,” starring Jamie Lee Curtis, who will be feted with a lifetime achievement award.

Italy’s five pics in competition rep its largest presence in recent years, comprising a wide range of cinematic styles. Besides Sorrentino’s latest, the Italo contingent includes such fare as “The Hole,” about a group of speleologists who, in 1961 discover the world’s second deepest cave. It is directed by Michelangelo Frammartino, whose quirky, dialogue-free “Le Quattro Volte” made a global splash in 2010. And “Freaks Out,” a new genre-bender by Gabriele Mainetti, who made his mark with offbeat 2016 superhero pic “They Call Me Jeeg.” Mainetti’s latest is set in 1943 Rome where four “freaks” who work in a circus are left to their own devices when the Eternal City is bombed by Allied Forces.

The fact that Italy accounts for almost a quarter of the Lido’s 21 competition slots should not be seen as a pandemic-prompted handout. In some years, Barbera has selected very few Italian titles in the main section, saying he didn’t see much that was worth taking. “This year he told me: ‘The Italian films are good,’” says Barbara Salabè, Warner Bros. country manager for Italy, Spain and Portugal. That said, it’s clear that Venice plays a big part in Italy’s effort to restart its biz.

“At a time when we are thinking about a stable infrastructure that can make an impact, Venice is clearly fundamental to make Italy a center of gravity in the audiovisual world,” says Cinecittà Studios managing director Nicola Maccanico, who is relaunching Italy’s iconic film facilities.

From elsewhere around the world, Mexican auteur Michel Franco, who won the Silver Lion last year with “New Order,” is back with “Sundown”; Filipino filmmaker Erik Matti is premiering “On the Job: The Missing 8,” the long-gestating sequel to his 2013 “On the Job,” about prisoners who become hitmen that made a splash after launching from Directors’ Fortnight at Cannes.

“Parasite” director Bong Joon Ho will preside over the main jury, which also includes Chloé Zhao, whose Oscar-winning “Nomadland” launched at Venice last year. Ridley Scott will be honored Sept. 10 with the Cartier Glory to the Filmmaker award.

The more cutting-edge Horizons competition has “Amira,” the new film by Egyptian helmer Mohamed Diab (“Clash”), which takes its cue from real-life instances of Palestinian children conceived behind bars with smuggled sperm; “Once Upon a Time in Calcutta” by India’s Aditya Vikram Sengupta, whose debut, “Labour of Love,” premiered in Venice in 2014; and Ukrainian filmmaker and former political prisoner Oleg Sentsov’s crime drama “Rhino,” set against the backdrop of Ukraine’s conflict and near financial collapse in the 1990s.

Hanging over all this is threat that the Delta variant could spoil the Lido party. But Barbera is confident “that we can hold the festival in total safety, like we did last year, but with more talents, attendees, spectators. In the worst-case scenario it will be like last year in terms of 50% capacity at the screening venues, but with more people and talents and a much greater opportunity to promote films.”