Only Murders in the Building

Selena Gomez Speaks Out Against Roe v. Wade Reversal at ‘Only Murders in the Building’ Premiere: ‘I’m Just Not Happy’

“Only Murders in the Building” star Selena Gomez took a moment during the second season’s red carpet premiere to speak out against the Supreme Court’s decision to overturn Roe v. Wade, effectively ending federal protections for abortion access.

“It’s about voting,” Gomez told Variety. “It’s about getting men — men needing to stand up and also speak against this issue. It’s also the amount of women that are hurting. I’m just not happy and I hope that we can do everything in our power to do something to change that.”

.@SelenaGomez on what Hollywood can do in light of #RoeVsWade getting overturned: “It’s about voting, it’s about getting men — men needing to stand up and also speak against this issue. It’s also the amount of women that are hurting. I’m just not happy.” https://t.co/jLjwaGfpcA pic.twitter.com/gsvN27UYFi

Gomez also pointed others to a recent post she shared on Twitter, in which she shared a link to Planned Parenthood’s website, explaining it as a valuable resource on what people can do next to help defend abortion access on a state level.

“Watching a Constitutional right be stripped away is horrific,” Gomez wrote on Twitter Friday, the same day that the Supreme Court announced its majority decision. “A woman should have the right to CHOOSE what she wants to do with her own body. End of story.”

It was a serious note from Gomez on the occasion, which saw her walk the red carpet alongside her series co-stars Steve Martin and Martin Short. Together, the trio talked about how the series has evolved since its first season last fall.

Later at the premiere, series showrunner John Hoffman also offered up his dream casting for a third season of the show, explaining that “Harry Styles should be visiting the apartments at the Arconia.”

When informed about her showrunner’s big ambitions, Gomez seemed more tentative: “That is hilarious. I don’t know about that.”

Martin offered his own dream casting in response, saying that he’d love for director Steven Spielberg to make an appearance. Short then made the perhaps-not-so-serious suggestion of Steven Seagal: “Everyone looks at me, but I’m a Steven Seagal nut.” 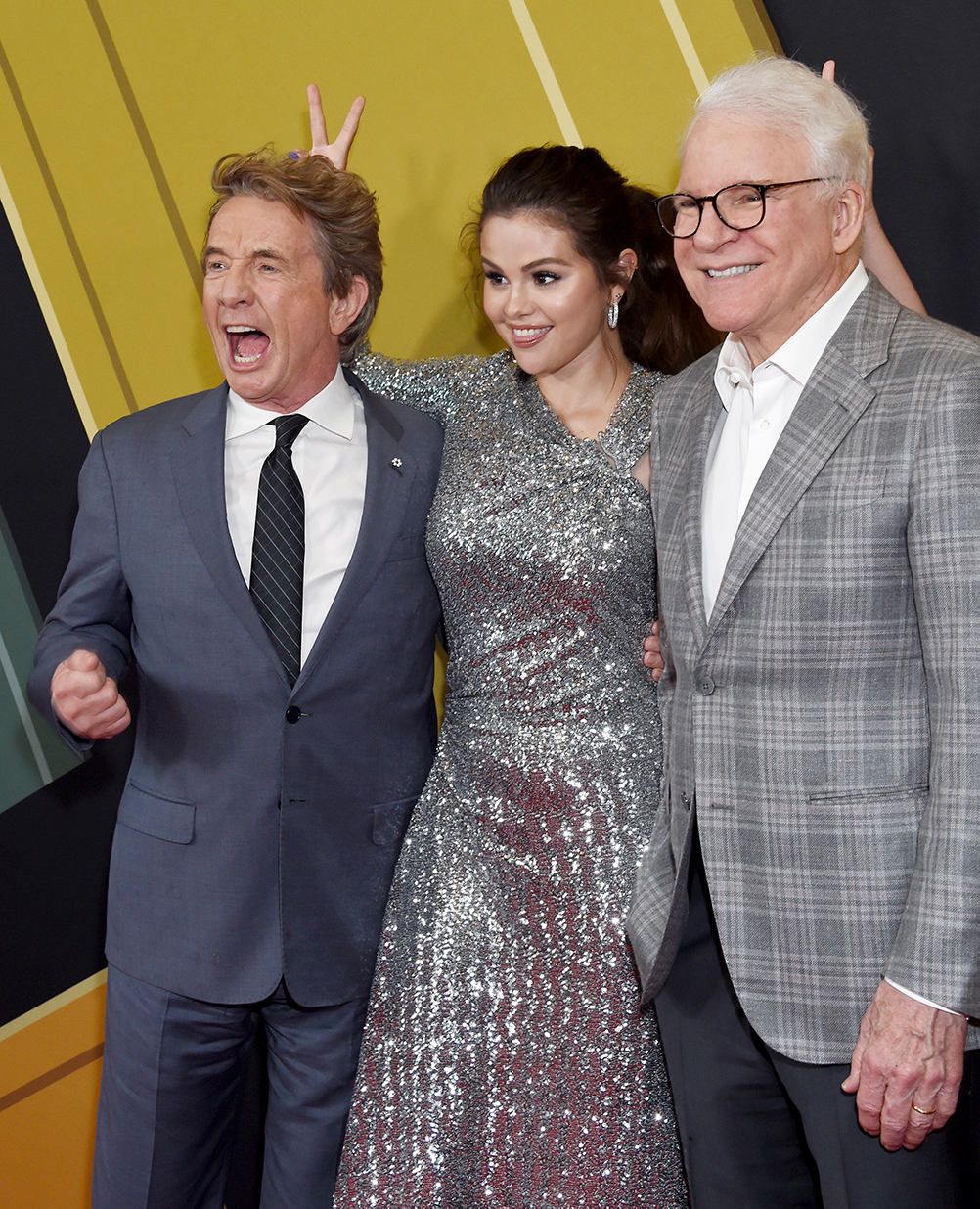 The second season of “Only Murders in the Building” will premiere its first two episodes on Hulu on Tuesday. Variety chief television critic Daniel D’Addario was a fan of the show’s follow-up run, calling Selena Gomez’s performance a “career-best” in his review.