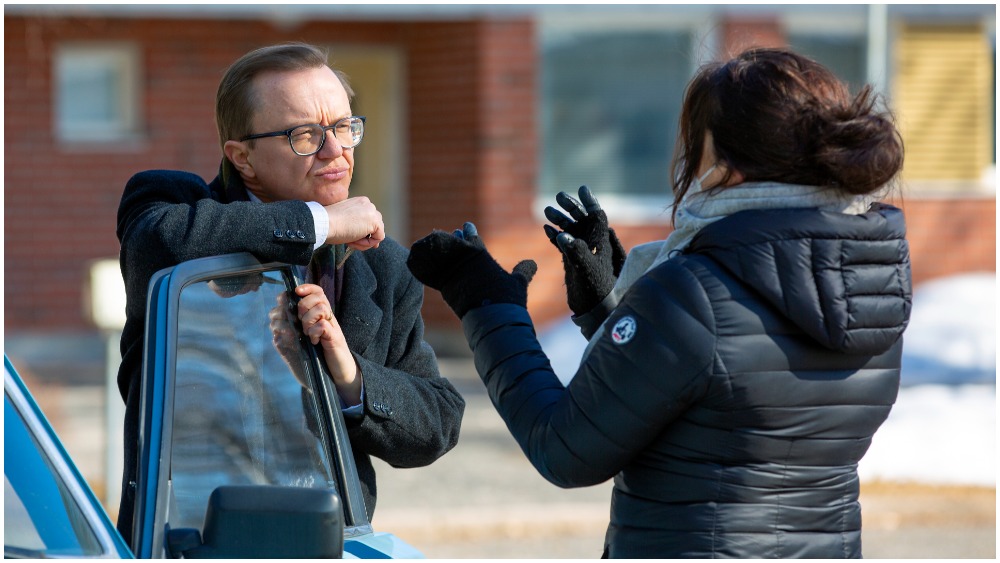 Finland’s leading indie company Rabbit Films, which has been thriving with non-scripted content for two decades, including local adaptations of “Saturday Night Live” and “Who Wants to Be a Millionaire,” has bowed its scripted division with a bang.

Under the leadership of CEO Olli Suominen, the Helsinki-headquartered company has built a bullish slate including some of Scandinavia’s most anticipated drama series, Maarit Lalli’s Nokia drama “Mobile 101” for MTV3/CMore, and Jani Volanen’s “Summer of Sorrow” for the Elisa platform, along with a string of high-concept projects such as “Queen of Fucking Everything.” Both “Mobile 101” and “Summer of Sorrow” shot this year in the middle of the pandemic with huge casts and period set designs.

The company’s move into scripted comes as Finland is emerging as the hotbed of director-driven shows in the Nordic region. Rabbit was founded in 2001 by the stunts and pranks crew The Dudesons, and is now spearheaded by Suominen, who became a significant shareholder in the company along with the banner’s creative director Tuomas Summanen in June with a 23% stake each.

“Queen of Fucking Everything,” a comedy crime series in development with YLE, follows a middle-aged woman who turns to a life of crime after her husband disappears and leaves her saddled with a huge amount of debt. The series was penned by Tiina Lymi, one of Finland’s most revered screenwriters, directors and actors.

The company is also developing a soap drama series set in a department store in Helsinki following the personal and professional lives of its workers from the 1960s to the 1980s; and “Benjamin Busterfly” (“Paavali Pattinen”), a live-action kids’ superhero film based on a book from a well-known Finnish book.

“We got a flying start thanks to Jani and Minna because they know everybody in the industry and everyone loves them as artists rather than producers,” said Suominen. “People sort of know that if they take their project here, they expect the content to be king.”

Haapkylä played a crucial role in bringing Lalli’s project “Mobile 101” to the company and helping her shape the project into a series about the origin story of Nokia in the late 1980’s. She became Lalli’s creative ally through the development and production phase and even played an extra during the shoot.

Rabbit will also reteam with Volanen on a drama about a couple embarking on a trip abroad, possibly in Spain, for the weekend. “Summer of Sorrow,” which Volanen created, is a 10-part is set in the early 1980s, taking place in an idyllic Finnish suburb of Munkkivuori where a small child disappears.

Rabbit’s fast ascension in the drama world is also due to the company’s strong ties with local broadcasters and streamers.

“Our approach to scripted is the same we’ve always with non-scripted,” said Suominen. “We don’t have a format catalog and we don’t have the backup of a Warner or an ITV so when we go to the channel, we need to bring them something that they didn’t expect and we want to be an alternative.”

Besides the local adaptations of “Saturday Night Live,” “Shark Tank” and “Who Wants to Be A Millionaire,” Rabbit Films’s non-scripted formats also include the U.S. version of “The Ultimate Expedition,” which the banner produced out of its Los Angeles office.

Speaking of the Finnish drama boom, Suominen said the landscape has completely changed since he left Nelonen Media, where he was in charge of acquisitions. “When I started at Nelonen in 2011, there was no drama commissions and during the three years I worked there, we only commissioned three drama series with budgets that were half of what they are now,” said Suominen.

“So the budgets have really gone up and the local broadcasters and streaming services are investing much more, and we have more input from the international sales and Business Finland. All this has helped build the industry,” said the executive. He added that on bigger series like “Mobile 101,” “the typical financing structure is that you get about 50% from the local broadcaster or streamer, and then 20% from abroad in order to qualify for the 20% that you receive from Business Finland.”

Suominen pointed out the launch of streamers in Finland has had a “huge impact.” “It used to be that you had only two possible places, MTV3 or YLE, but now you have many other doors to knock on — our [roster of commissioners] has grown by 50%.” But there is still a lot of room for growth in investment in original Finnish drama by global services. “Netflix has 90% of the households in Finland, so they don’t really need the local content because it’s still quite an expensive investment,” said Suominen, who expects a larger input from Netflix and other platforms in original drama in Finland in the near future, due to the increasing competition from platforms and broadcasters.