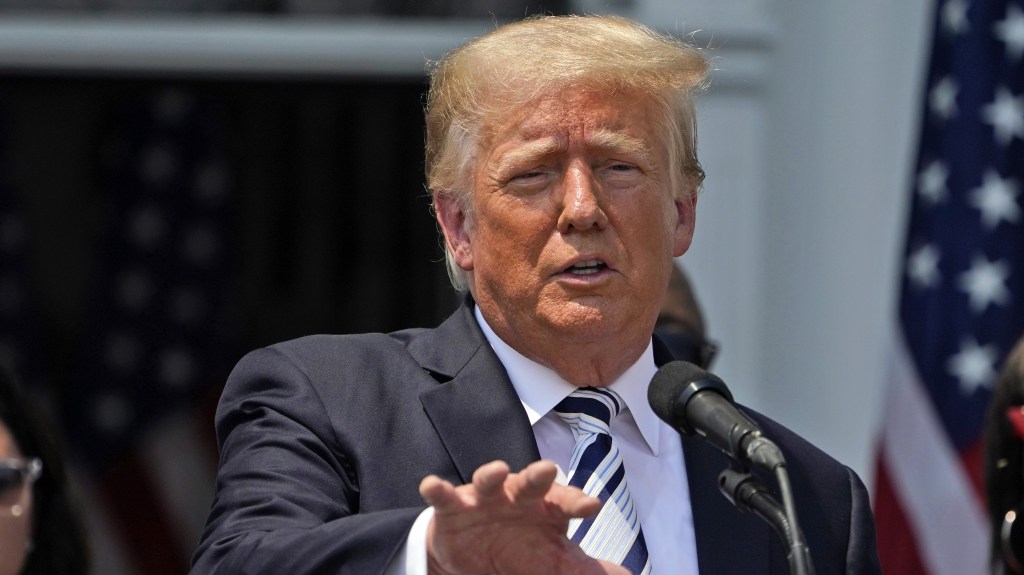 Donald Trump gave his first interview to NPR in six years, but the conversation was abruptly ended after the former president hung up on reporter Steve Inskeep after being challenged over his election fraud lies. Trump was asked about Republican candidates being forced to back his false claims that the 2020 presidential election was stolen. Inskeep asked Trump to comment on Republican Sen. Mike Rounds’ recent comments that Republicans claiming elections are rigged will harm their chances of winning future elections.

“While there were some irregularities, there were none of the irregularities which would have risen to the point where they would have changed the vote outcome in a single state,” Sen. Rounds recently said ABC’s “This Week.” “The election was fair, as fair as we have seen. We simply did not win the election, as Republicans, for the presidency. And if we simply look back and tell our people don’t vote because there’s cheating going on, then we’re going to put ourselves in a huge disadvantage.”

“No, I think it’s an advantage, because otherwise they’re going to do it again in ’22 and ’24, and Rounds is wrong on that,” Trump said during his NPR interview. “Totally wrong.”

Inskeep pushed back on Trump’s claims by telling him, “It is not true.”

The question that cut the conversation short was when Iskeep asked, “If I can just move on to ask, are you telling Republicans in 2022 that they must press your case on the past election in order to get your endorsement? Is that an absolute?”

Trump ended the interview immediately after. Listen to the abrupt interview exit in the video below.