Nicole Scherzinger Teases New Music: ‘People Have a Pre-Existing Idea of Who I Am; I Want to Break Out of That Box’ 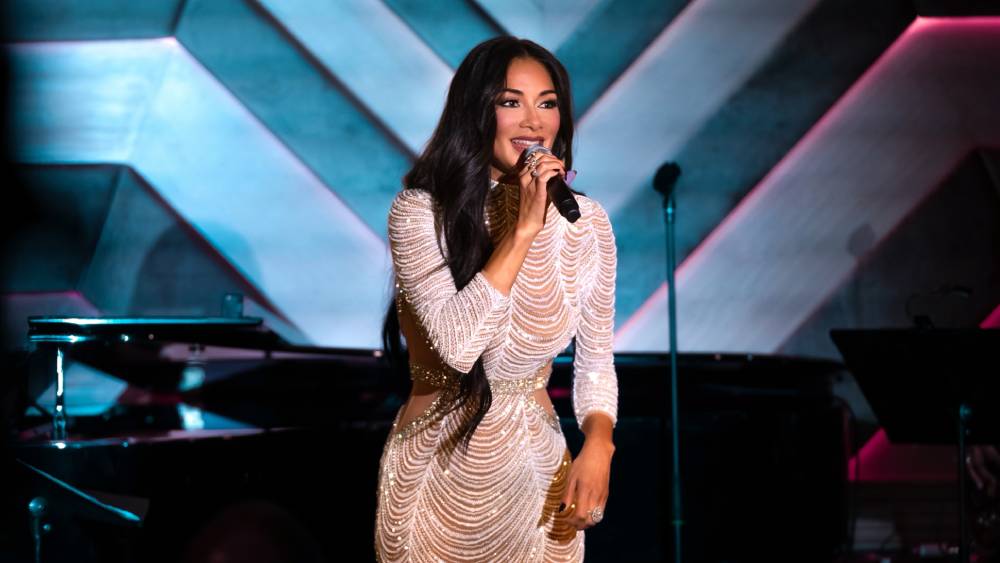 During an intimate two-night showcase at The Sun Rose in Hollywood on April 8 and 9, Nicole Scherzinger announced the long-awaited return of her solo music career — the forthcoming EP, “Warrior.”

The multi-hyphenate presented the music accompanied by a live jazz band and with multiple outfit changes and showcased her vocals via musical theater numbers as well as a new track.

The unreleased song — titled “Never Going Back” — references her own self-empowerment and standing strong for what you believe in. It starts with a disclaimer, “This is not a cry for help,” and through her controlled vibrato, the song picks up in a chant, “This is a war cry for anyone who is ready to be seen, to be heard, to be everything that you were born to be.”

It’s been nearly eight years since we’ve heard new solo material from the singer and television personality. Scherzinger, formerly an Interscope artist, is not currently signed to a label.

She chose to craft a theatrical experience for her return for specific reasons. “People have this pre-existing idea of who I am, and I want to break out of that box,” Scherzinger tells Variety. “It was important people get to see me in this intimate setting, to truly hear me, and experience my love and connection of music through singing. … to create a space for me where I can live out my full potential as an artist, without having to be defined by any style or genre of music.”

Scherzinger’s first two numbers — seductive renditions of “I Put a Spell on You” and “Don’t Rain On My Parade” — wowed the small room of industry professionals and close friends of the star who she thanked for coming out to hear her “Sing my way through my insecurities and fears.”

The jazzy showcase also featured performances of several classics, including “Maybe This Time” by Liza Minnelli, “MacArthur Park” by Richard Harris, “Someone to Watch Over Me” by Ella Fitzgerald, and more.

Scherzinger made sure to acknowledge the fanbase that got to know her through the Pussycat Dolls — the girl group that launched her career in the early 2000s and saw multiple hit singles — and performed a medley of PCD songs including “Buttons” and a reggae-inspired version of the Grammy-nominated track, “Stickwitu.”

As a telling finisher, Scherzinger delivered an on-brand performance of the show tune, “Show Off.” She started the song in a white robe and ended it in a black sparkly ensemble, topping the night off with a high note that left the crowd in a chattery daze.

“It’s important to me to get back to my roots and express my true love of singing,” she adds. “I wanted to put on this show to educate the industry on who I really am. In this new chapter of my musical career, I want to fully explore and embrace all the sides of my musical and theatrical capabilities.”