NFL Moves to ITV From BBC 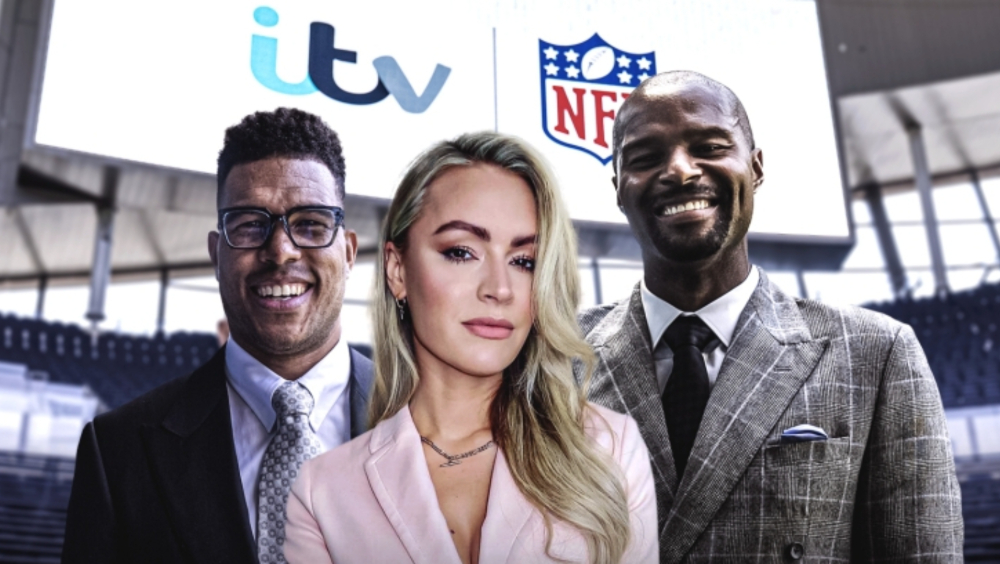 After years of being on the BBC, the National Football League (NFL) has a new free-to-air television home in the U.K. and Ireland following a a three-year partnership with broadcaster ITV.

Sports presenter Laura Woods will join analysts Osi Umenyiora, a two-time Super Bowl winner, and Jason Bell when ITV kicks off its coverage on Sept. 9 with the first in a series of hour-long weekly shows. The 2022 NFL season kicks off the previous night when defending champions Los Angeles Rams take on the Buffalo Bills.

ITV will air the climax of the season, Super Bowl LVII, live from Glendale, Arizona, on Feb. 12, 2022 as well as two of the season’s three London Games. The New York Giants will face the Green Bay Packers at Tottenham Hotspur Stadium on Oct. 9, before the Jacksonville Jaguars host the Denver Broncos at Wembley Stadium on Oct. 30.

The partnership marks the NFL’s return to ITV for the first time since the network aired the last of its three consecutive Super Bowls in 2007. The NFL is also available on Comcast’s pay TV service Sky.

Niall Sloane, ITV director of sport, said: “This deal will bring to ITV viewers the very best of the NFL each week in our highlights shows throughout the season as well as key live games. We’re delighted to be able to offer viewers, free to air, across our channels as well as the ITV Hub, the unique spectacle and action the NFL brings.”

Henry Hodgson, MD, NFL U.K., added: “This is another significant milestone for the NFL in this country. We have enjoyed seven fantastic years of NFL coverage on BBC TV and the time is right to take advantage of the opportunities offered by a new partnership with ITV. When you look at the development of the NFL in the U.K. in recent years — with momentum behind fan growth, more London games, successful British players in the NFL, the launch of an Academy and a charitable foundation — this announcement is another sign of our ambition to grow and develop the sport in the U.K.”

The weekly ITV show will focus on providing NFL fans with updates heading into each weekend of NFL games. The show will also be repeated on Saturdays on ITV4 and will be available on ITV Hub. ITV’s NFL programming will also be broadcast on STV in Scotland and Virgin Media in Ireland, while all programming will be available on demand on ITV Hub, ITV Hub+, STV Player and VM Player.

Dwayne Haskins, Pittsburgh Steelers Quarterback, Dies at 24 After Being Struck by Vehicle 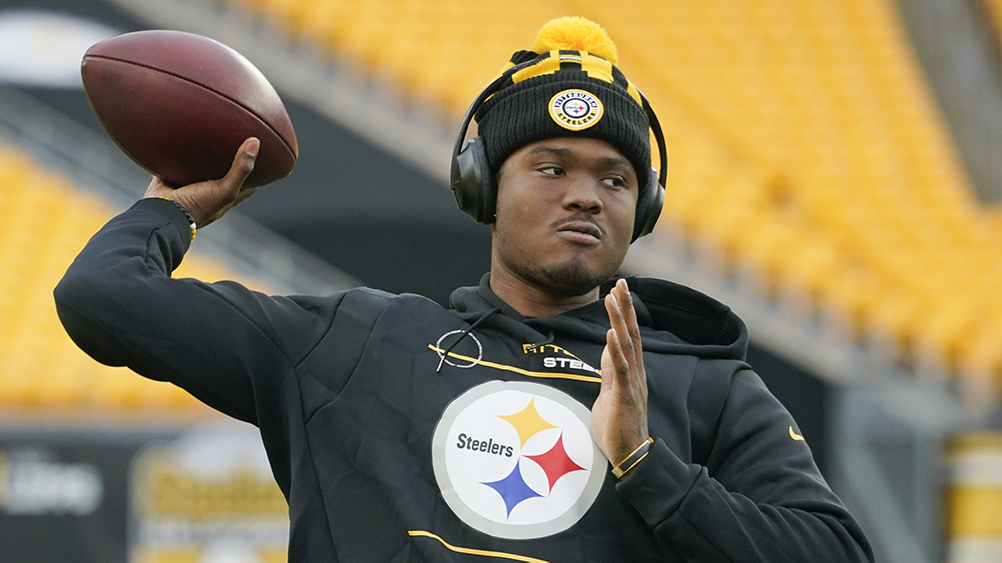 Dwayne Haskins, who signed as a quarterback to the Pittsburgh Steelers, died early Saturday morning after being struck by a vehicle on a South Florida highway. He was 24 years old.

Florida Highway Patrol spokeswoman Lt. Indiana Miranda confirmed the accident on westbound Interstate 595 to ESPN. Haskins was pronounced dead at the scene. There are currently no details available as to why the football player was on the highway at the time.

“I am devastated and at a loss for words with the unfortunate passing of Dwayne Haskins,” Tomlin’s statement reads. “He quickly became part of our Steelers family upon his arrival in Pittsburgh and was one of our hardest works, both on the field and in our community. Dwayne was a great teammate, but even more so a tremendous friend to so many. I am truly heartbroken. Our thoughts and prayers are with his wife, Kalabrya, and his entire family during this difficult time.”

Born in Highland Park, N.J. in 1997, Haskins attended Ohio State University after a successful stretch of football in high school. After a stellar 2018 season, Haskins was a finalist for the Heisman Trophy, awarded to college football’s top player. He was then drafted as the 15th overall pick by the Washington Commanders in the 2019 draft.

After playing 16 games across two seasons for Washington, Haskins moved on to Pittsburgh, where he spent the 2021-2022 NFL season. He did not play in any regular season games, serving as the back-up to starting quarterback Ben Roethlisberger, who has since retired. Haskins signed a one-year contract with the organization in March and had been residing in South Florida to train with other players before the accident.

“Dwayne was a talented young man who had a long life ahead of him,” Commanders coach Ron Rivera said in a statement. “This is a very sad time and I am honestly at a loss for words. I know I speak for the rest of our team in saying he will be sorely missed. Our entire team is sending our heartfelt condolences and thoughts and prayers to the Haskins family at this time.”

“The Dept. of Athletics is terribly saddened to learn of the death of Dwayne Haskins,” the Ohio State athletic department shared in a statement. “We are thinking of the entire Haskins family during this most difficult time. Our prayers are with the family, and with his current and former teammates, coaches, friends and relatives.” 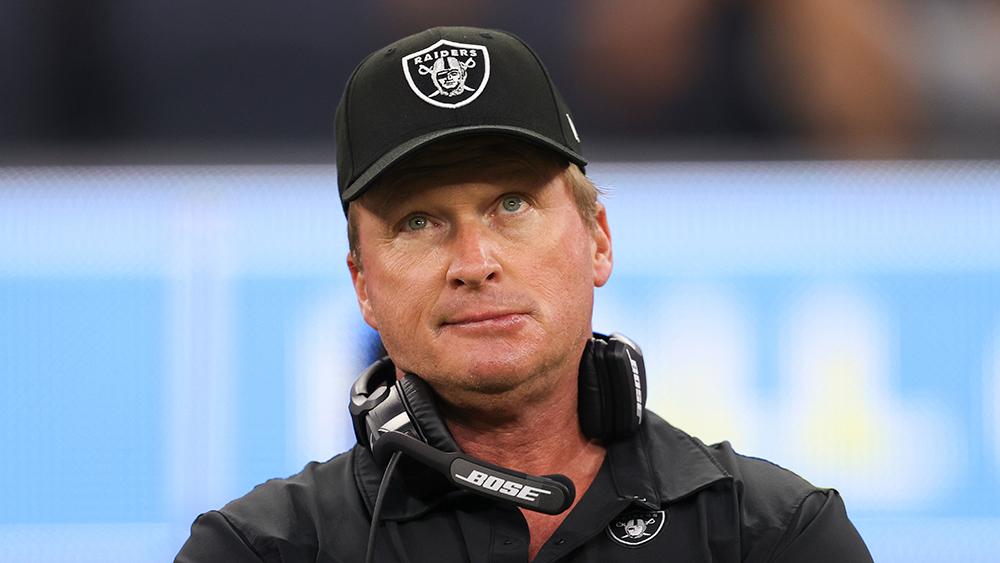 Former “Monday Night Football” commentator Jon Gruden stepped down as head coach of the Las Vegas Raiders  late Monday on the heels of a New York Times report that he repeatedly used homophobic and racist language in emails during his time working for ESPN.

“I have resigned as Head Coach of the Las Vegas Raiders,” Gruden said in a statement issued by the team via Twitter. “I love the Raiders and do not want to be a distraction. Thank you to all the players, coaches, staff, and fans of Raider Nation. I’m sorry, I never meant to hurt anyone.”

“I have resigned as Head Coach of the Las Vegas Raiders. I love the Raiders and do not want to be a distraction. Thank you to all the players, coaches, staff, and fans of Raider Nation. I’m sorry, I never meant to hurt anyone.”