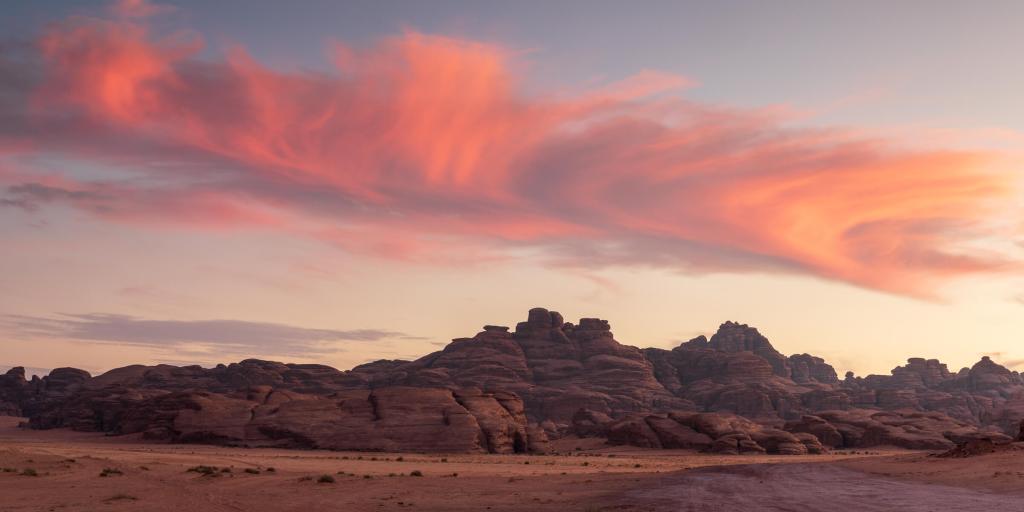 As Saudi Arabia diversifies from an oil-based economy, the kingdom is pinning a significant portion of its hopes of becoming a major media industry hub on NEOM, a futuristic megacity in-the-making.

Situated along the kingdom’s Red Sea coast in Tabuk, in the northwest of the kingdom, NEOM is a sprawling area roughly the size of Belgium that besides coral reefs and heritage sites, also comprises mountains and generally has a cooler temperature than most of the region.

Bankrolled by Saudi-owned MBC Group, “Desert Warrior” — which stars Saudi-British actor Aiysha Hart (“Mogul Mowgli”) alongside Mackie and is being directed by Rupert Wyatt (“Rise of the Planet of the Apes”) and produced by Jeremy Bolt (“Resident Evil”) — is the biggest Hollywood-style tentpole ever shot entirely in the Arab world.

The pic, which has been shooting in NEOM for the past 5 months with 400-500 people on set daily provides “proof of concept for the industry, both locally and internationally,” says veteran exec Wayne Borg, who heads the nascent NEOM media hub, that positions the area as a viable proposition for a shooting destination.

And that is thanks to incentives, that are currently tailor-made, attractive locations, seamless logistical support and a lack of red tape.

But the vision behind creating a media industry in NEOM transcends luring tentpole productions.

The utopian postmodern desert city being built to be powered solely by renewable energy and envisioned to be a linear city connected by a high-speed train, with no cars, no roads, no pollution and also to be the new frontier in terms of digital lifestyle, will have “a semi-autonomous jurisdiction in the kingdom,” says Borg, in an effort to make it more attractive not just to film and TV shoots but also to media and entertainment companies looking for a regional base.

Borg has experience starting up a media hub in the region, having previously set up Abu Dhabi’s twofour54 media hub, named after the U.A.E. city’s geographic coordinates, which he created from scratch between 2008 and 2013.

“We will have our own laws and our regulatory frameworks,” Borg notes, adding that for Saudi Arabia “the media sector is an important driver for social change, but is also important from an economic perspective.”

Meanwhile, while the bulk of NEOM is still on the drawing board, as are Borg’s plans to become “the world’s first truly integrated media hub, both physically and technologically,” as he puts it, the first two sound stages, 2,500 square meters each, will be operational by the end of Jan, 2022, he vows, and by 2025 the plan is to have six sound stages and a volumetric video capture stage in place.

Borg also said plans are underway for an unspecified Triple-A video game studio now in Los Angeles to soon relocate to NEOM, and there are two, also unspecified, MBC TV series that are currently shooting there.

Also, cameras are planned to start rolling in NEOM Jan. 16, 2022 on Saudi independent feature film “Within Sand,” based on a folk legend about the bond between a bedouin traveler and a lone wolf. Pic, to be directed by first-timer Moe Alatawi, will realistically depict bedouins in the 1920’s somewhat similarly to Jordanian director Naji Abu Nowar’s standout drama “Theeb,” said Faisal Baltyuor who is producing with Reem Alatawi, after receiving development support from the Red Sea Festival’s Red Lodge program.