Nate: A One Man Show 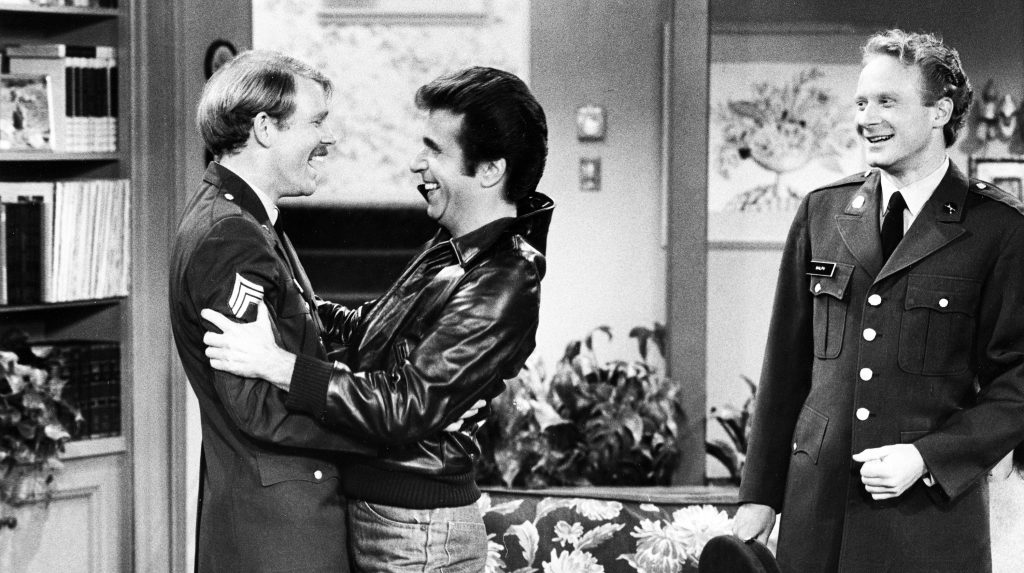 In today’s TV News roundup, PlutoTV announced new channels for classic shows like “Happy Days,” and Netflix revealed that “Nate: A One Man Show” will be available starting Dec. 1.

Actor Megan Suri will join Season 2 of Netflix‘s “Never Have I Ever” as a recurring guest star. The comedy drama series follows Maitreyi Ramakrishnan in the role of Devi, a young girl learning to navigate school and friendships as she enters her sophomore year. Suri, known for roles in “Atypical” and “Fresh Off the Boat,” will take on the role of a new Indian student attending Devi’s high school, posing a threat to the main character due to her perceived confidence. Mindy Kaling co-created and executive produces the show, while Lang Fisher co-created and serves as showrunner. Howard Klein and David Miner also executive produce.

Netflix has announced a Dec. 1 premiere date for “Nate: A One Man Show,” a performance put on by Natalie Palamides. The show’s plot follows Palamides’ character Nate, a man who checks all the boxes for stereotypical masculinity. He learns to express his own emotions and process the basic rules of consent that were previously foreign to him. The show uses comedy to provide a commentary on gender norms and the importance of consent. Palamides’ show traveled the U.S. and U.K. prior to its upcoming streaming availability. It is executive produced by Amy Poehler and directed by Philip Burgers.

Starting Nov. 24, PlutoTV and CBS will make available new PlutoTV channels to stream classic shows around the clock. The “Happy Days” channel will stream the 1970s sitcoms “Happy Days,” “Laverne & Shirley” and “Mork & Mindy,” while other channels are dedicated to one show each. The other channels include “Family Ties,” “The Love Boat,” “Wings,” “The Beverly Hillbillies” and “Mission: Impossible,” all also being made available on the same day. PlutoTV also announced a donation to World Central Kitchen to support its food-providing efforts.

Acorn TV has shared a trailer for “A Suitable Boy,” a BBC period drama set to premiere in the U.S. and Canada on Dec. 7, exclusively on the the streaming platform. The series, directed by Mira Nair, the plot follows four families through 1950s India, the period following the country’s recent independence from Britain. Based on the book by Vikram Seth, “A Suitable Boy” stars Tanya Maniktala as a young woman conflicted between following a traditional marriage path or making her own. Other leading cast members include Mahira Kakkar, Danesh Razvi, Namit Das and Mikhail Sen. Watch the trailer below.

Tonight, Amy Adams, Jack Huston and Jewel will appear on “Jimmy Kimmel Live!,” while Emma Stone, Ben Falcone and Josh Groban will be guests on “The Tonight Show Starring Jimmy Fallon.” Glenn Close, Kane Brown, Swae Lee and Khalid will feature on “The Late Show With Stephen Colbert,” and “Late Night With Seth Meyers” will include appearances by Mandy Moore and Jeff Tweedy.

Lifetime has revealed its “Gift of a Lifetime” winners, five women who will receive gifts donated by brands partnering with Lifetime. The network also announced plans to donate to Save the Children, #FirstRespondersFirst, Bob Woodruff Foundation, The Pink Agenda and The Los Angeles Fire Department Foundation will receive donations. The year’s gift winners include Kelly O’Neill, a nurse and mother of two; Katie Stewart, a day school executive director who helped keep the school running after damage by Hurricane Laura; Shaquita Estes, a woman with triple negative breast cancer who helped her daughter and other children cope with the disease through a children’s book; Oriana Franklin, a veteran and EMT who trains police officers on how to respond to mental health emergencies for other veterans; and Jenifer Landis, a firefighter and paramedic. Videos of each woman’s story will roll out on the Lifetime website from Nov. 23 to Dec. 21.