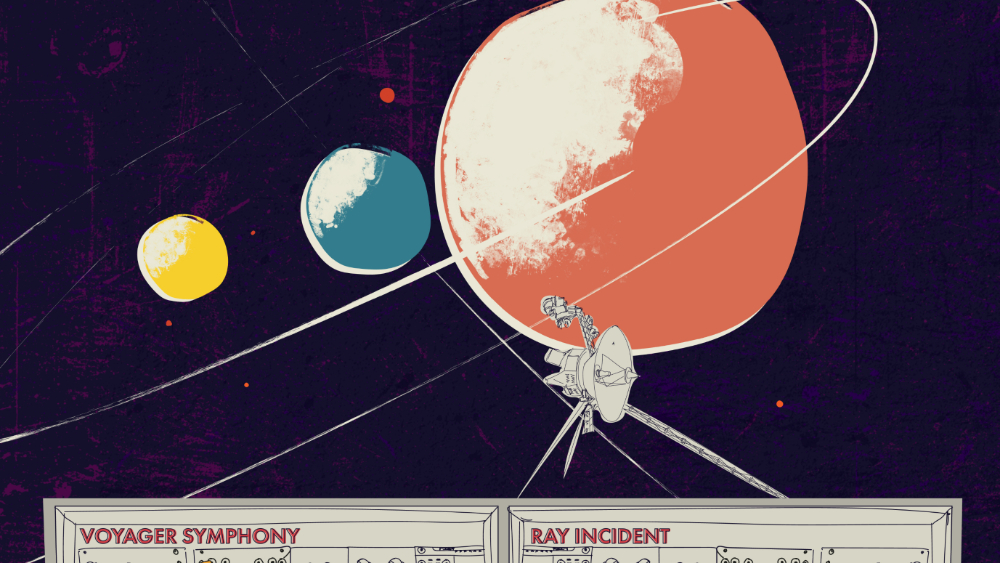 The sophomore album from anonymous artist Ray Incident has been announced and it drops on Saturday, Aug. 20.

A NASA-inspired record titled “The Voyager Symphony,” it’s described as “an absorbing study of space, time, and a human’s place within it.”

The album was influenced by NASA’s Voyager program and consists of 10 algorithm-moulded movements, each of which stands alone as an “audio sculpture.”

“It was during the process of carving each of the movements that layers, tremors, and notches of sound & rhythm were discovered,” according to Incident. “The result is a deeply unpredictable piece of work that counters mainstream perceptions of how music should behave.”

Among the tracks on the album are the otherworldly “Ideaton,” piano-infused “Scherzo,” and electronic-sounding “Golden Disc.” Meanwhile “Pop Motifs” and “Love Song” contain more melodic harmonies.

Ray Incident remains anonymous, with details such as the artist’s sex – and even whether they are an individual or part of a collective – shrouded in mystery.

“The Voyager Symphony” is available on Apple Music, Spotify and Soundcloud from Aug. 20.