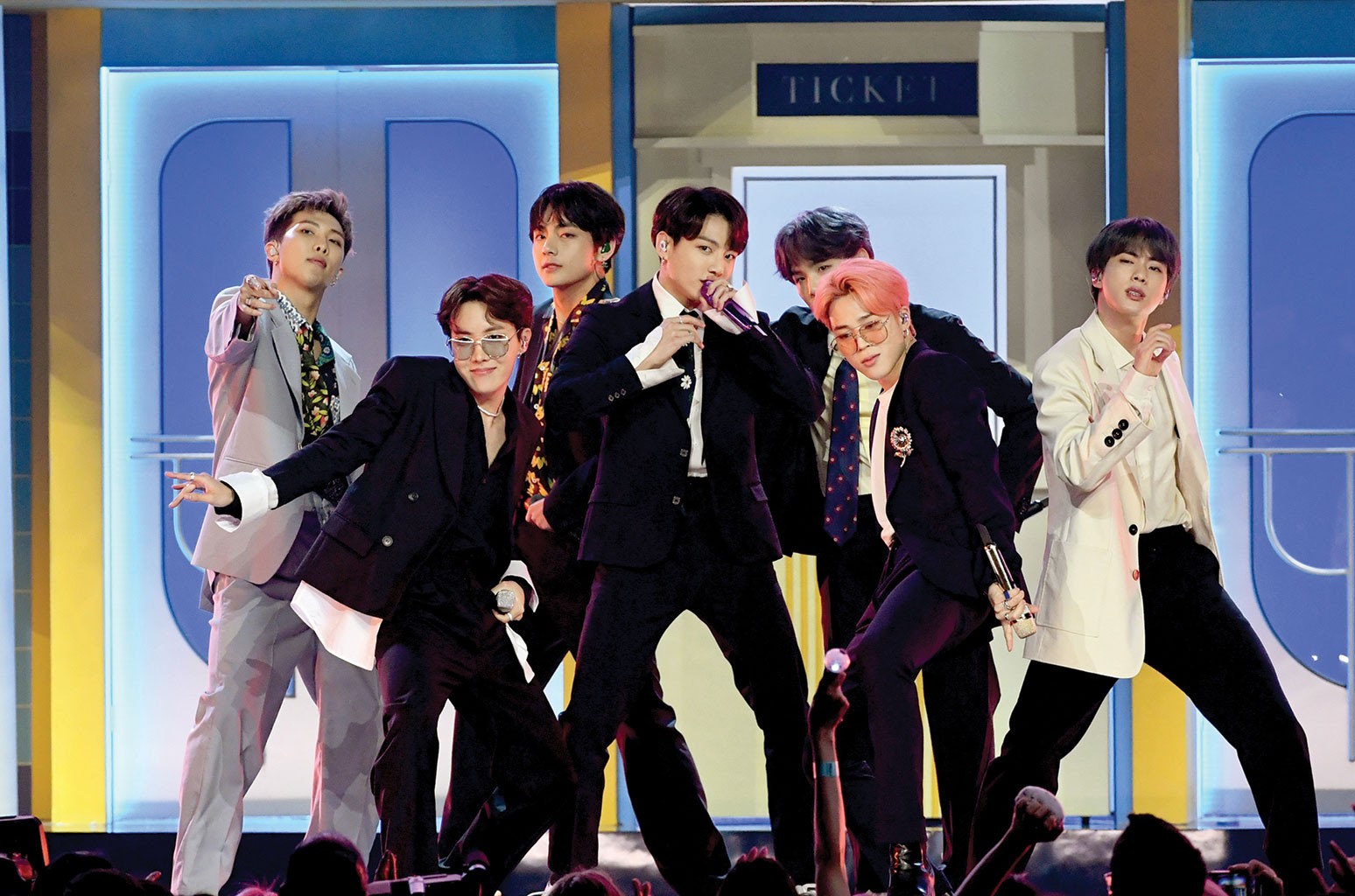 BTS ruled MTV (and the Internet) on Tuesday night with their Unplugged performance.

But if you stepped out the room for a moment to calm yourself, you might have missed BTS’ starring performance in the commercial for the Galaxy S21 Ultra 5G device.

Shot in black and white, the 15-second spot features RM, Jin, SUGA, j-hope, Jimin, V, and Jung Kook, with their song “Life Goes On” as the soundbed.

The guitar Kurt Cobain played during Nirvana’s legendary 1993 “MTV Unplugged” session sold for a pretty penny on Saturday at an auction in Los Angeles.

Cobain’s 1959 Martin D-18E, which was originally purchased by the Nirvana singer at L.A.’s Voltage Guitars, went for a total of $6.01 million, breaking the record for the most expensive guitar ever sold. The record was previously held by a black Stratocaster belonging to Pink Floyd’s David Gilmour, which sold for $3.95 million last year.

Cobain used the guitar in Nirvana’s famous “MTV Unplugged” set, which featured stripped-down renditions of classics including “Come As You Are,” “About A Girl” and “Dumb,” in addition to several covers of songs by David Bowie, Leadbelly and Meat Puppets. The performance was released after Cobain’s death as a live album, ultimately earning the band a Grammy in 1996 for best alternative music performance.

Leading up to the auction, the guitar had already received four $1 million bids, according to the Julien’s Auctions website. On Saturday, it received three additional bids, one of which was the winning $6.01 million. The victorious bidder was Peter Freedman, co-founder of Rode Microphones, who was present at the event.

Included with the guitar is its original case adorned with a flyer for Poison Idea’s 1990 album “Feel the Darkness,” a half-used package of Martin guitar strings, three picks and a suede bag containing a silver spoon, fork and knife.

Titled “Music Icons,” this was Julien’s Auctions’ first live in-person event since December due to the coronavirus pandemic. Other Nirvana items in the auction included a signed “Nevermind” poster, which sold for $56,250; the camera, negatives and signed prints from Nirvana’s 1992 Spin magazine photoshoot, which sold for $35,200; and a handful of Nirvana all-access passes, which sold for $512 each.

Nirvana was just one of the music icons whose items were sold at the auction. Elvis Presley’s 1977 Lincoln Mark V Coupe went for $62,500, Johnny Cash’s Valencia acoustic guitar signed by The Highwaymen sold for $57,600 and Noel Gallagher’s handwritten lyrics for Oasis’ 1995 album “(What’s the Story) Morning Glory?” were auctioned off for $22,400.