Co-produced by Monster Scripted (“Nobel,” “For Life”) and “Babylon Berlin” producers X Filme, the Norwegian-set episodes of “Fury” are directed by Magnus Martens (“Agents of S.H.I.E.L.D.,” “The Walking Dead: World Beyond”) and the German episodes by Lars Kraume (“The People vs. Fritz Bauer”).

“Fury” was inspired by, but not based on, real events of domestic terrorism in Norway and across Europe, most notably the 2011 attacks carried out by right-wing extremist Anders Behring Breivik. The series follows Ragna, played by Ine Marie Willmann (“Exit”), an undercover operative who has penetrated a far-right extremist terror cell with designs on committing an attack the likes of which Europe has never seen.

Ragna crosses paths with Asgeir, played by Pål Sverre Hagen (“Beforeigners”), a former special ops officer who has started a new, quite life in Norway after breaking free from the Russian criminal underworld. After a tense meeting which both are lucky to survive, the two must combine forces to prevent the right-wing group from committing their unthinkable act in Berlin, the heart of European government.

“We at Monster created a vision for the show which was this darkness descending into the heart of Europe, coming out of this warm, beautiful place in Norway,” Eriksen explains.

“We were interested in the forces which create these homegrown terrorists, people who look like us. The far right, this new right, they don’t wear uniforms, they’ve taken a different shape. They don’t wave flags in the streets or shout neo-Nazi slogans. They’re more sophisticated, some of them are well educated and capable of inflicting harm unlike what we used to see from the far-right before.”

To that end, Eriksen and his team leaned heavily on research done in preparing for “Mammon,” as well as consulting a host of professionals from several related fields to ensure their story was as up to date and as believable as possible.

“We had several consultants working on this series from different fields and specialties, and we researched the story for four years. We were lucky enough to work with with Julia Ebner, who is a leading expert on terrorism and extremism and has studied the Breivik case, and has even received letters from him,” explains Eriksen. “We did a lot of work researching law enforcement techniques and how they combat terrorism in the real world too.”

Prospective viewers shouldn’t be worried about getting bogged down in bureaucracy however, as Eriksen assures that “things do get condensed in our universe and happen much faster than in real life.”

As popular as Nordic Noir has proven in the past decade-plus, with Eriksen’s International Emmy-winning series “Mammon” standing out as a prime example, he is keen to point out that “Fury” is going to look and feel different than its predecessors. The Norway of “Fury” is a lush land with, by Scandinavian standards, plenty of sunlight and color. Not only does the show’s aesthetic set it apart, but it provides a stark metaphorical contrast to the darkness that its villains would bring down upon Europe.

“Norway is one of the safest countries in the world,” replies Eriksen when asked about setting his violent crime thriller in a country were there hasn’t been a single murder in the first quarter of 2021. “And that paradox is one thing that makes this story so universal. We have very few immigrants compared to other countries, yet this hate of the other is still bred here and we have the far-right inspiring people to violence and spreading fear. If it can happen here, people everywhere should be afraid,” he argues.

Although the series fits right into the socio-political zeitgeist of 2021, particularly in the key market of the U.S. after the Jan. 6 domestic terror attack on the Capitol, “Fury” wasn’t rushed out to capitalize or reference any one event or organization.

“We started writing in 2017 and first pitched the series, in collaboration with Monster execs Lasse Alsos and Håkon Briseid, at the Berlinale in 2018 looking for co-producers,” recalls Eriksen. “We spent a year and a half developing scripts before we started shooting last summer, then shot from June to December.”

Keshet, which is selling the series globally apart from the Nordics, German-speaking territories and Flemish-speaking Benelux – where it is represented by Lumiere – is presenting possible broadcasters with an early look at the series at MipTV’s MipDrama. “Fury” will be ready for release in autumn 2021, and Eriksen is insistent on the timing as a fall release would line up with Norwegian elections and the 20th anniversary of the Sept. 11 attacks, an impossible to ignore influence on the modern world of anti-terrorism sentiment and policing. 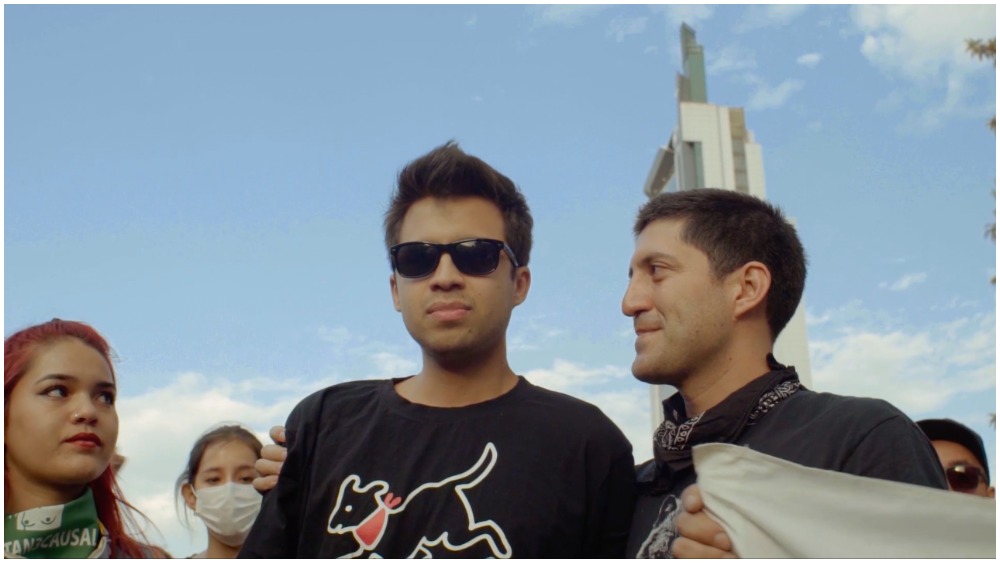 Chile’s BTF Media has unveiled its next project, “El Estallido,” a six-part docuseries telling the story of young psychology student Gustavo Gatica, who lost both of his eyes after being shot twice with rubber bullets by the Chilean police while participating in the social uprising in Santiago in October 2019. In anticipation of pitching the series at this year’s MipTV, BTF has released a first international teaser featuring Gustavo and his brother