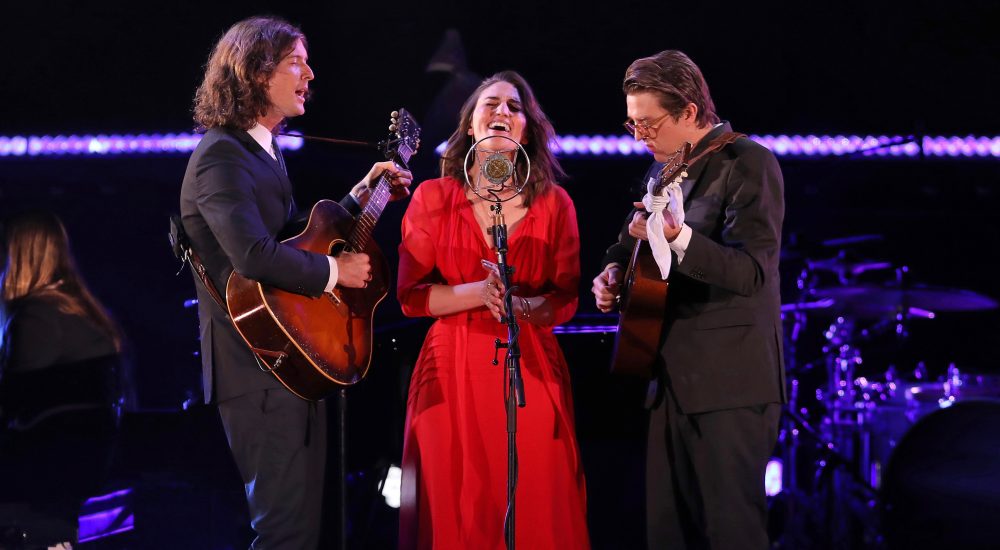 Returning to the scene of the crime seemed to Sara Bareilles like a good way to promote her just-announced live album, “Amidst the Chaos: Live at the Hollywood Bowl,” and so the singer-songwriter will be boosting the release with a livestream return gig at the Bowl, albeit with about 17,500 fewer people in attendance than when the original concert was recorded.

Bareilles announced Friday morning that the “Bowl” album will be out May 21, preceded on May 5 by a streamed mini-concert bringing her back to the same venue, to be seen on her YouTube channel.

“Amidst the Chaos: Live” was recorded Nov. 2, 2019 on the final night of Bareilles’ first tour in six years, after she’d taken time away from the concert stage to work on the stage musical “Waitress,” the TV series “Little Voice” and other projects. Variety raved then about the former L.A. resident’s homecoming show, saying, “For anyone who believes that music can provide healing, amidst even chaos this formidable, Bareilles may feel like nothing less than a mezzo-sopranic administering angel… with healthy, unangelic amounts of comic snark and swearing between songs.”

The live album will include all the songs from the tour capper, which entails spreading it across two discs on CD and three for the vinyl version. It includes all the guest shots from that night, including the Americana duo Milk Carton Kids (seen above) joining her for “Someone Who Loves Me,” plus vocal or instrumental cameos from Butterfly Boucher, her producer T Bone Burnett and opening act Emily King.

The shorter performance that Bareilles’ channel will stream on the 5th will have its own guest stars: her fellow principal cast members from the impending Peacock comedy series “Girls5Eva,” Renée Elise Goldsberry (of “Hamilton” fame), Paula Pell and Busy Philipps. They’ll join forces for a song Bareilles wrote for the show, which puts her in a lead acting role as a member of a ’90s girl group that reunites after 20 years apart to capitalize being sampled in a hip-hop hit.

The opening number from the live album, “Orpheus/Fire,” is available immediately with a pre-order and is also up for general streaming on most digital services.

Bareilles recently spoke with Variety for a feature story and talked about the forthcoming release and the livestream to commemorate it. “I would never want to forget that night,” she said. “Of course with everything that’s happened (with quarantining), it also just changed the meaning of that tour, of that recording. Everything became a little bit more precious, because it’s kind of.imbued with the experience of longing for that… Getting to return to the Bowl in its physical space is really special, as is having this recording to share.”

The album can be pre-ordered here. “Girls5Eva” premieres May 6, the day after the livestream; watch the trailer below.