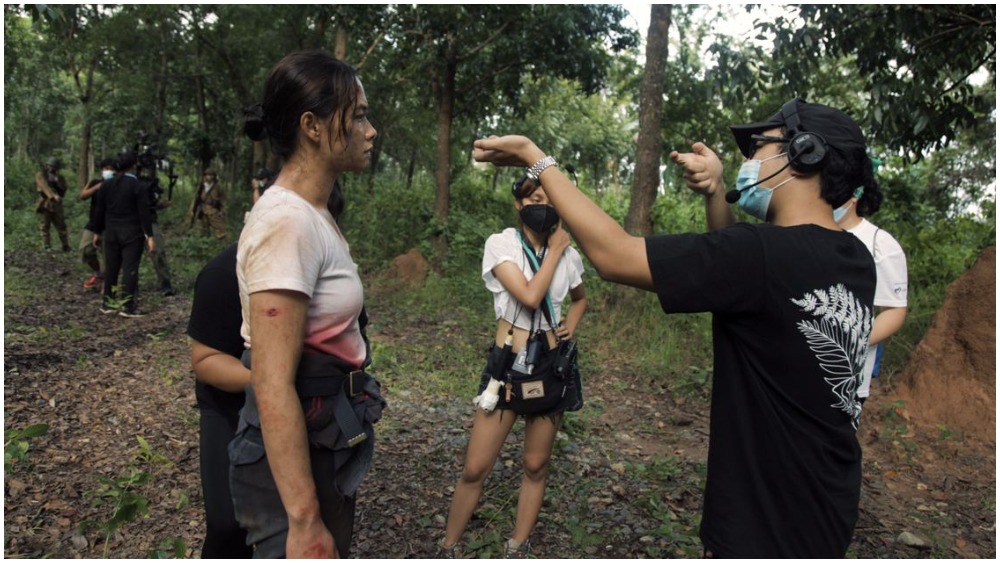 Cult Filipino filmmaker Mikhail Red is deep in post-production on action thriller ‘Arisaka.’ The shoot was temporarily delayed because of the coronavirus pandemic and following COVID-safe production protocols, principal photography was completed in the third quarter of 2020.

News of the film was first announced by Variety during the Singapore Media Festival’s Southeast Asian Film Financing Project Market in 2019.

Variety has been given exclusive access to the first teaser for the film.

In “Arisaka,” a policewoman must retrace the trail of the Bataan Death March, a forcible transfer of some 60,000 American and Filipino prisoners of war by the Imperial Japanese army during WWII, in order to escape her captors. The film is named after a World War II Japanese bolt-action rifle.

Philippines production house Ten17P, which has credits including Lav Diaz’s “A Lullaby To The Sorrowful Mystery,” Paul Soriano’s “Mananita” and RC Delos Reyes’ “Alter Me,” is the producer.

“The shoot was indeed challenging because we all had to adjust to the new protocols to ensure safety of all the cast and crew,” Red told Variety. “We also had to film with limited working hours while quarantined on remote locations. We even endured quite a number of typhoons while filming, including Typhoon Vamco which made international news for being one of the strongest storms ever recorded. The conditions paralleled the very theme of this film – survival and redemption. Even with the struggles and delays we thankfully finished on schedule without any major mishaps, and after several tests, we all exited our quarantine bubble without a single COVID positive result.”

“I have to give credit to the cast for their passion for this project. This was a physically demanding shoot and they still performed with utmost commitment,” Red said. “I am also grateful for the ingenuity of the crew who always found ways to creatively get through hurdles, and of course to Ten17P for fully supporting my vision from the start, for greenlighting this film even in the face of uncertainty for our industry in this pandemic.”

“This year, many around the world faced their own struggles and uncertainty,” Red added. “It almost feels like a miracle to finish a film in 2020 and it is a privilege to get to tell stories in times like these – I hope our film’s message of finding our shared humanity while uniting to overcome adversity and oppression resonates well. I hope our hard work finds its audience.”

Red and Ten17P are targeting a world premiere in 2021 through an international festival run. They are also exploring international distribution possibilities.

Red is also in the process of finishing the third season of series “Halfworlds” for HBO Asia and Cignal TV, starring popular actress Bianca Umali (“Banal”).