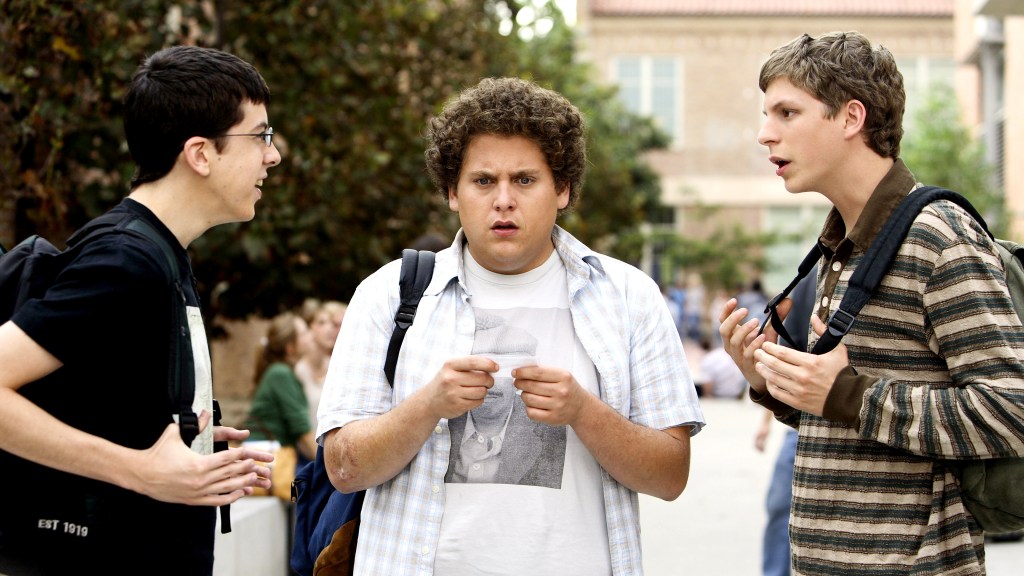 Get your McLovin ID ready because the “Superbad” cast is reuniting.

The event will feature the actors’ commentary and conversation on the beloved 2007 high school comedy. Attendees must donate to the party to tune into the event.

The donation page explains the importance of winning Wisconsin, a vital swing state in the upcoming presidential election. “If Trump wins Wisconsin, his path to an electoral college win dramatically increases,” the announcement read. “Your donation will go toward stopping Trump from winning back the White House.”

The event comes after several star-studded fundraisers from Hollywood, including the “Avengers” reunion on Tuesday that featured a guest appearance from Sen. Kamala Harris.

In prior weeks, the cast of “Princess Bride” also gathered via Zoom, bringing 110,000 donors to Wisconsin, while “West Wing” stars organized a trivia night for fans to support the Joe Biden ticket. “Parks and Rec” cast members also organized a 10-year anniversary over the summer.

Other virtual fundraisers include the “Happy Days” reunion, which raised controversy over Scott Baio’s refusal to attend. Baio even called co-star John Stamos an “elite Marxist” for joining the event.

With Election Day looming, Democrats continue to lean on Hollywood to attract donors and get out the vote. The “Superbad” reunion and watch party will livestream on Oct. 27 at 8 p.m. CT.