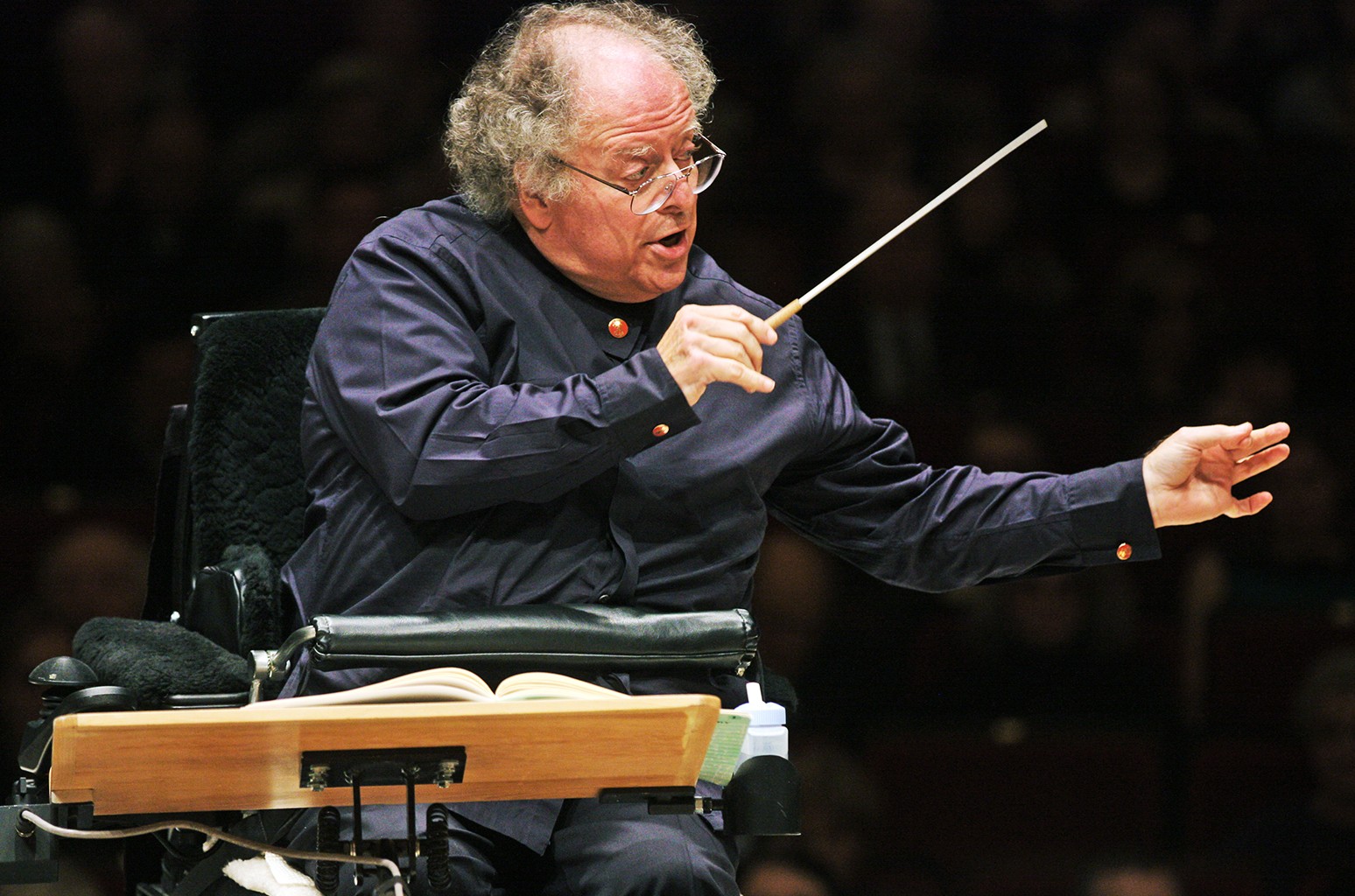 Levine became music director emeritus and remained head of its young artists program but was suspended on Dec. 3, 2017, the day after conducting a Verdi “Requiem” in what turned out to be his final performance, after accounts in the New York Post and The New York Times of sexual misconduct dating to the 1960s.

He was fired the following March 12 and never conducted again. He had been scheduled to make comeback performances of Brahms’ ”Ein Deutsches Requiem” this Jan. 17 and 21 in Florence, Italy, but the concerts were canceled due to the novel coronavirus pandemic.

“No artist in the 137 year history of the Met had as profound an impact as James Levine,” Gelb said in a statement. “He raised the Met’s musical standards to new and greater heights.”

Known for bushy hair an an ever-present towel draped over a shoulder during rehearsals, Levine greatly expanded the Met’s repertory and was especially praised for his performances of Wagner, Verdi and Berg. He was closely associated with Luciano Pavarotti, Plácido Domingo and Birgit Nilsson, who spoke on stage at close to 2 a.m. near the end of Levine’s 25th anniversary concert, which stretched on for about eight hours at the Met in 1996.

Domingo recalled working with Levine more than 400 times, his most opera performances with any conductor.

“You were a musical genius, an outstanding conductor, and a supportive colleague, with an amazing sense of humor. Always sure and in command but always willing to listen and to share ideas with your colleagues,” Domingo said in a statement. ”You have left us an amazing legacy. Your over five decades of tireless dedication to music and opera have made an indelible impact that will remain forever embedded in the history books. I feel as if I had lost a dear brother, and I know that I have lost a dear friend.”

Levine was beloved by singers for forcing orchestras to bend to their needs.

“Confidence is a tremendous part of an artist’s performance, especially singers, because a singer cannot evaluate what’s happening,” Levine told The Associated Press in 1996. “It’s in her body. It’s not out here where the piano keys are, or where the cello is. To me, singers are heroic in that respect.”

He became on dominant figure in the media age, making hundreds of audio and video recordings that have been released commercially or distributed by the Met and its media partners.

In one instance, the Met accused Levine of inappropriately touching a musician starting in 1979 and six more times until 1991. In another 1985 incident, Levine was accused of groping and kissing an opera singer he was giving a ride home in his car against that person’s will. In 1986, Levine sexually abused a 16-year-old and arranged an estimated $50,000 in payments to the person through his brother, the filings stated.

The conductor’s lawyers said at the time that Levine “did not commit any acts of sexual misconduct against any individuals, much less the unnamed individuals.”

In addition to his lengthy tenure at the Met, Levine was music director of the Chicago Symphony Orchestra’s Ravinia Festival from 1973-93, the Munich Philharmonic from 1999-2004 and the Boston Symphony Orchestra from 2004-11. He conducted at the Richard Wagner Festival from 1982-98, including a new production of “Der Ring des Nibelungen (The Ring of the Nibelung)” in 1994. He was a regular with the Berlin Philharmonic and the Vienna Philharmonic.

Levine was regarded as the top American conductor following the death of Leonard Bernstein in 1990. He won 10 Grammy Awards and was nominated for 37.

”In addition to his extraordinary commitment to music and in particular the Metropolitan Opera and the Ravinia Festival, his artistry will long be remembered by those who experienced it live, through recordings, on television or video,” Chicago Symphony Orchestra music director Riccardo Muti and Chicago Symphony Orchestra Association president Jeff Alexander said in a joint statement.

Born June 23, 1943, in Cincinnati, the grandson of a cantor and the son of bandleader Lawrence Levine and Broadway actress Helen Goldstein, Levine began taking piano lessons at 4 and made his professional debut with the Cincinnati Symphony Orchestra at 10 in Mendelssohn’s” Piano Concerto No. 2.”

That same year, he began piano lessons with Walter Levin, the principal violinist of the LaSalle Quartet. By 18, Levine became the first piano-conducting double major ever at the Juilliard School in New York City.

He studied piano with Rudolph Serkin at the Marlboro Festival and with Rosina Lhevinne at Juilliard, spending 13 summers at the Aspen Festival in Colorado. After three years at Juilliard, he reached the postgraduate level, then dropped out to become an apprentice to George Szell at the Cleveland Orchestra, where he spent six years.

Levine made his Met debut in “Tosca” with Grace Bumbry and Franco Corelli on June 5, 1971. The following February, he became principal conductor for the Met’s 1973-74 season, assisting music director Rafael Kubelik, and became music director with the 1976-77 season. By the 1986-87 season, he was promoted to artistic director — in near-total control of the repertoire and casting — and drew criticism as other major conductors stayed away.

He led upward of 110 performances in a season in the 1980s, including tours. Levine was downgraded to music director when he joined the Boston Symphony Orchestra in 2004.

Levine was known for restoring cuts in operas that had long been shortened. He favored a central core of Verdi, Wagner, Puccini, Mozart and Strauss, and introduced to the Met such works as Mozart’s “Idomeneo” and “”La Clemenza di Tito,” and Verdi’s “I Vespri Siciliani.”

“If you do the `Ring’ and it has flaws, it’s such a complex undertaking that there can be a lot of good things it,” he said. “But you cannot do a bel canto opera with a weakness in the cast. Because there’s nothing there except that… It would be a waste of everybody’s time.”

Levine also pushed and led the Met premiere of the Gershwins’ “Porgy and Bess.” He was criticized for a lack of contemporary music — he said the Met was such a large institution that commissions came only slowly — and as a symphony conductor he championed composers Elliot Carter, John Corigliano and Charles Wuorinen.

While he upgraded the quality of the orchestra to the highest level since the company began in 1883, his health became an issue for more than a decade.

Levine started conducting from a chair in late 2001, and when tremors in his left arm and leg became noticeable in 2004, he said they began a decade earlier. His health worsened in 2006, when he tripped and fell on the stage of Boston’s Symphony Hall during ovations that followed a performance and tore a rotator cuff, which required shoulder surgery.

He had an operation in 2008 to remove a kidney and another in 2009 to repair a herniated disk in his back. He then suffered spinal stenosis, leading to surgeries in May and July 2011. He had another operation that September after falling and damaging a vertebra, an injury that sidelined him until May 2013, when he returned and conducted from a motorized wheelchair that he would use for the remainder of his career.

With Levine shifting to emeritus, Yannick Nezet-Seguin was hired in June 2016 to succeed him as music director starting in 2020-21, a timetable eventually moved up by two seasons.

After the allegations of sexual improprieties became public, the Met hired former U.S. Attorney Robert J. Cleary of Proskauer Rose to head its investigation, and the company said more than 70 people were interviewed.

Levine sued the Met for breach of contract and defamation, seeking at least $5.8 million in damages. New York Supreme Court Justice Andrea Masley dismissed all but one of the defamation claims and the suit was settled in 2019.

His brother Tom, an artist who was his longtime aide, died in April 2020 at age 71 of leukemia.

Levine is survived by wife Suzanne Thomson, his longtime companion whom he married last year, according to Andrea Anson of his agency; sister Janet Levine and her husband Kenneth Irwin.

Rosalind Elias, Mezzo-Soprano Who Made Broadway Debut at 81, Has Died 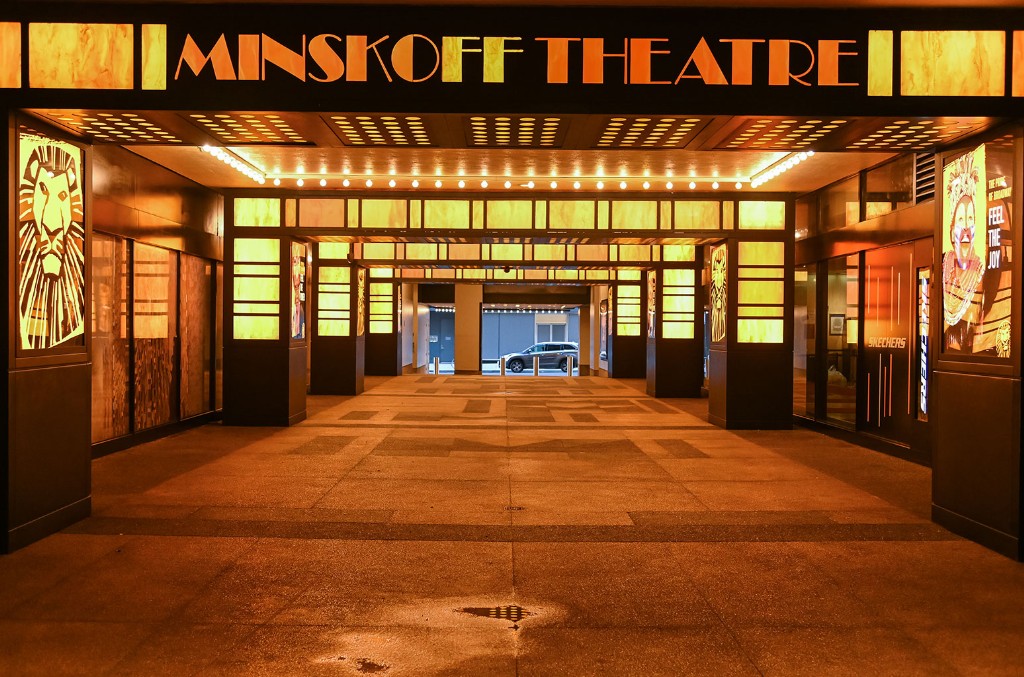 Rosalind Elias, an American mezzo-soprano who created roles in a pair of Samuel Barber world premieres and made her Broadway debut at 81, has died. She was 90.

Elias had been slowed by congestive heart failure for the past six months, according to her manager, Robert Lombardo, but still attended the dress rehearsals at the Metropolitan Opera as recently as Feb. 28.

She was admitted to Mount Sinai West Hospital on Thursday because of breathing problems. Coronavirus was ruled out, and she died Sunday, Lombardo said.

“I feel we were all put on earth for a purpose and mine was singing,” Elias told The New York Times in 1984. “If I don’t get sick, I will always be in some aspect of theater. The thing I want never to be, is to be bored with my life.″

Born in Lowell, Massachusetts, on March 13, 1930, Elias was among 13 brothers and sisters whose parents and come to the U.S. from Lebanon. She listened to the Metropolitan Opera’s Saturday afternoon radio broadcasts when she was young.

“Fantasizing that I was on that stage, singing,” she told Opera News in a story published last year. “I would just sing in the house. Finally my mother talked my father into letting me take voice lessons. He said, ‘So what, let her sign up for lessons — she’ll never go. She’ll go to the movies instead.’ But I didn’t go to the movie — I stuck with singing!”

She attended the New England Conservatory in Boston, Rome’s Accademia Nazionale di Santa Cecilia and then at the Boston Symphony Orchestra’s Berkshire Music Center, now known Tanglewood. She studied under director, conductor and commentator Boris Goldovsky, a mentor to several generations of singers.

Elias appeared on “Metropolitan Opera of the Air,” a radio broadcast competition, when the Met signed her to replace an ill singer as Grimgerde, one of the Valkyrie sisters in Wagner’s “Die Walküre.” Elias said she learned the role in a week, and she made her Met debut on Feb. 23, 1954, with conductor Fritz Stiedry and a cast that included Astrid Varnay, Hans Hotter, Set Svanholm, Margaret Harshaw and Blanche Thebom.

She went on to sing 687 performances of 54 roles at the Met over 42 years, plus performances of Verdi’s Requiem that followed the assassination of President John F. Kennedy.

She was slim and striking, and her noted performances included the title role in Bize