‘Playground’ Review: School Days Are Very Much Not the Best Days in a Raw, Rattling Debut 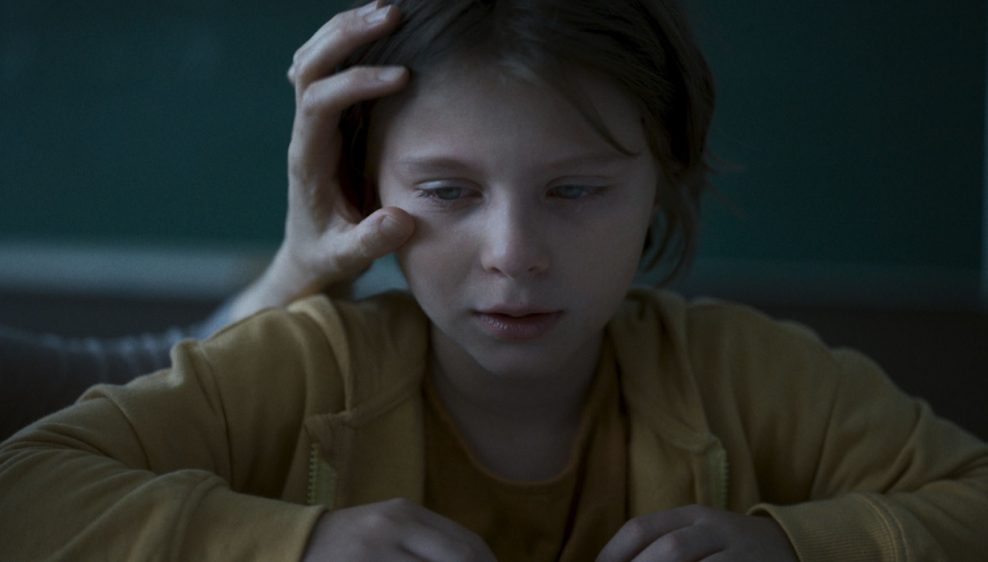 It has been claimed that women who forget the worst of the pain of childbirth are programmed to do so by evolutionary necessity: The selective editing of the body’s memory of trauma helps ensure the species continues to propagate itself. However true that is, a similar theory might account for why so many of us remember our school days in only the vaguest and fuzziest of terms: If we precisely recalled all those terrors, would we really force our own children to run the same gantlet? Laura Wandel’s janglingly visceral “Playground” is here to shatter that willful forgetfulness by parachuting us with zinging immediacy into the fraught, ferocious battleground of a French primary school as though delivering us into the frontline action on a war-torn beachhead.

Seven-year-old Nora (an extraordinary Maya Vanderbeque) is crying, clinging to her father (Karim Leklou) at the school gates. Now, and for the rest of the film, we are at her eye level: Frédéric Noirhomme’s dogged shallow-focus camerawork immediately creates a world where doorknobs and banisters are mounted dauntingly high, and where adults are abstractions, glimpsed only from the midriff down. From this vantage point, an increasingly tangled network of relationships and interactions form an ecosystem that, although just a couple feet below the eye line of the teachers and supervisors nominally in charge, might as well be on a different planet.

In the schoolyard, Nora, disoriented and scared, naturally gravitates toward the one familiar face in this sea of chattering, roughhousing kids: her beloved older brother, Abel (Günter Duret). But Abel pushes her away. At first we suspect this is just regular, callous older-sibling behavior. But soon it becomes clear that Abel’s rejection is also a protective move: He is being viciously bullied, and not only is he reluctant to lose face in front of his admiring kid sister, but he also knows that Nora’s best chance of avoiding a similar fate is not to associate with him.

At first, Nora does have an easier time of it. She makes friends, has giggly lunchtime confabs and finds a favorite teacher (Laura Verlinden), the only adult aside from her father who occasionally dips down into Nora’s world, talking across to her rather than down at her. But then Nora happens on Abel being pushed around by his classmates, and “Playground” ramps up into a gripping psychological drama in which the decisions Nora must make — whether to go against Abel’s wishes and alert an adult, which risks further escalation; whether to allow her own social stock to fall by acknowledging her misfit brother — take on the proportions of gargantuan moral dilemmas, made all the more intractable because she has to navigate them alone, using a moral compass that has never been taken out of its casing before.

Vanderbeque’s performance is transfixing, especially for being so relentlessly centered and magnified by constant borderline-intrusive close-ups of her clouded eyes, her creased brow, her considering frown. Micro-expressions of hopefulness and hurt that she hasn’t yet acquired the guile to conceal flit across her face: It’s an ongoing exercise in almost uncomfortably radical empathy to be so riveted to a character as she thinks, puzzles, works things out, especially when that character is 7 years of age. But then Wandel’s gift is her regard for children as fully realized people, who, even though still learning and growing, have as vivid an interior life and as great a capacity for happiness and sorrow, grace and wickedness, as any adult.

Coming to “Playground” cold, one may subconsciously subscribe to the idea that the mortifications and hierarchies of school exist partly as kind of tough-love preparation for the hard, unforgiving “real world.” But Wandel’s film forces us to interrogate that assumption, tacitly suggesting that perhaps it may be school systems themselves that foster a kind of Darwinian cruelty that is then carried on into adulthood and out into the world, as a learned behavior. Certainly, when with horrible inevitability, sweet, sensitive Abel works out that the best way to avoid being bullied is to bully — with nearly dire consequences — there is no sense that he would have gone down this road had he not been exposed to the specific tortures devised for him within this institution’s supposedly safe, nurturing grounds. Wandel’s immersive, impressive debut is rigorous in its resolute focus on one little girl fighting a lonely, frightened battle for her future selfhood, in which what hangs in the balance is nothing less than the shape and measure of her developing soul. But out of focus, amid the background clamor, hover even larger, stranger and more fundamental questions, like how come school is the way it is, and why do we subject our children to it?