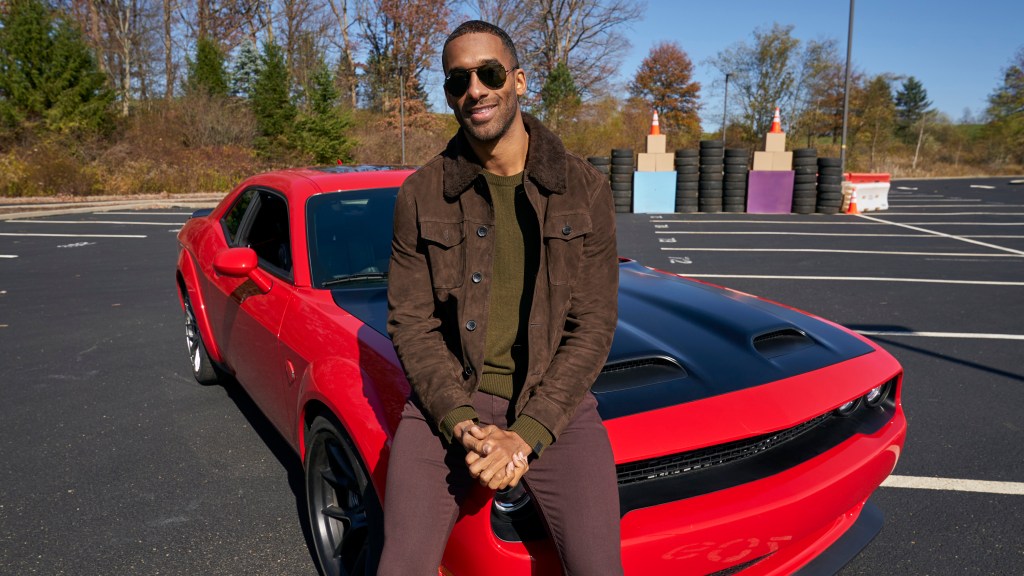 SPOILER ALERT: Do not read if you have not yet watched the Feb. 15 episode of “The Bachelor.”

Last week on “The Bachelor,” former contestant Heather Martin arrived and shook up the house. The other women were visibly upset, but Heather pled her case to Matt James. The two share a best friend — former Bachelorette Hannah Brown, who recommended they connect.

But with the limited time left and an inability to catch up with the other women, Matt sent her home quickly, and then went straight to the rose ceremony, where Serena Chew and Chelsea Vaughn also exited.

Eight women remained, but only four would advance to “hometowns” next week. The final four roses were up for grabs between a group date and two one-on-ones. While it was expected that Abigail Heringer or Jessenia Cruz would be the recipients (they were the only two who had not yet received an individual date), Serena Pitt was invited on her second one-on-one.

Serena and Matt spent their date doing tantric yoga. The intimate expression was uncomfortable for her, while Matt had a different experience and enjoyed their time. Serena told Matt that she preferred to take things slow, which prompted concern that he was reading their relationship incorrectly. The two clarified during the night portion of the date, and he ultimately invited her to hometowns with a rose.

The group date card came and included the remaining women except for Jessenia. Abigail was the only woman to have not had an individual date and was visibly defeated at being passed over.

However, she and the others spent the next day at the group date. While there was no daytime activity shown, she used the evening to talk to Matt, and shared that while being ignored for a one-on-one date was disappointing, she was still invested in their relationship.

He did not reciprocate. Matt claimed that he was so secure in their relationship during the beginning (he gave her the first impression rose to show it), that he put her on the back burner and continued to invest in other women. In doing so, those bonds surpassed their own. He was apologetic in his tone but ultimately sent Abigail home mid-group date.

While his and Abigail’s relationship ended, the other women tried to secure their spot at hometowns: Bri Springs shared that she had to resign from her dream job to continue the show and Kit Keenan shared her ideal relationship timeline, but it was Rachael Kirkconnell who was ultimately given the rose. Matt pulled her away for additional time for a private concert with Aloe Blacc.

After confessing her life plan to Matt, Kit was unsettled. She arrived at his residence the next day and admitted that she needed to leave. Despite having feelings for him, she wasn’t sure that she wanted to marry him and, out of fairness to him, she self-eliminated.

With one more woman gone, Jessenia finally got her one-on-one date. The two spent the date on a driving track, where professional drifter Tony Angelo taught them how to operate behind the wheel. They bonded over their adrenaline junkie tendencies before they spent the evening together. During dinner, they talked about the potential of hometowns, but that would never come to fruition, as Matt sent her home before the end of the evening.

With Rachael and Serena a lock for hometowns, Bri, Pieper James and Michelle Young were in contention for the final two roses. Matt confided that he was conflicted to host Chris Harrison, but he ultimately settled on sending Pieper home. 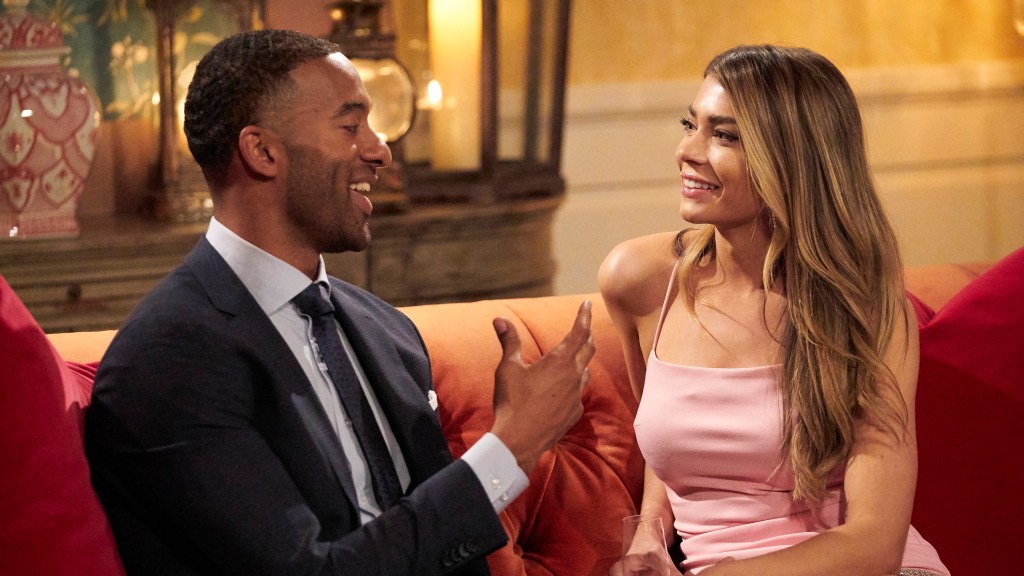 SPOILER ALERT: Do not read if you have not yet watched the Jan 18. episode of “The Bachelor.”

Last week’s episode of “The Bachelor” ended on a dramatic cliffhanger, as Sarah Trott fainted mid-rose ceremony. She was whisked away by fellow contestant Bri Springs, and shortly joined by Matt James.

The action resumed with Matt comforting Sarah after her fall, including an additional sidebar between the two of them outside. While Sarah was “embarrassed” by the incident, the other women grew irritated of their time alone. The rose ceremony eventually re-started as well, and Matt handed out his remaining five roses, sending Marylynn Sienna, Alana Milne, Illeana Pennetto, Kristin Hopkins and Sydney Johnson home.

Marylynn was sent home after the conflict with season villain “Queen” Victoria Larson. After Victoria survived the rose ceremony, she pivoted her attacks to Sarah: “Marylynn’s gone and now Sarah needs to go,” she said.

The next day premiered a new slate of dates — the first of which was a 10-women group date outing. Matt prefaced that the date was organized by host Chris Harrison, with the theme of getting “uncomfortable being uncomfortable.” Rachael Kirkconnell, Lauren Maddox, Kit Keenan, Serena Chew, Khaylah Epps, Anna Redman, Kaili Anderson, Katie Thurston, Bri and Victoria attended.

The date kicked off with special guest and “Bachelor” alum Ashley Iaconetti reading excerpts of Harrison’s romantic novel, then challenged the women to write their own intimate story with Matt as the lead character. Each woman took turns sharing their excepts with the “live audience” made up of the other contestants who were not on the group date.

While most of the women and the audience took the date in stride, Sarah started to unravel, expressing how difficult it was to hear about hypothetical situations between Matt and the other women.

Her stress levels came to fruition as she crashed the evening portion of the date. She arrived uninvited to the cocktail party, interrupting Katie and Matt’s conversation, to express her discomfort. She shared that she struggled with infidelity in the past and that the situation was hard for her to endure. Matt committed to comforting her, expressing his own feelings since their one-on-one date, and tells her to “not compare” their relationships with others.

In the other room, animosity brewed against Sarah from the other contestants. Several women were unable to speak to Matt during their date, for which they directly blamed her.

While Sarah came and apologized to the group, it was clear they had turned against her. The group all questioned her motives, and Katie and Victoria continued to interrogate her individually. The growing hostility against her forced Sarah to reevaluate her position on the show: “I’m really questioning if I can be here and if I can do this,” she said.

The next morning, news of Sarah’s interruption spread to the remainder of the house. When Matt arrived to take Serena Pitt on her one-on-one date, he noted Sarah’s absence and went to go look for her.

He found her isolated in her bedroom, where she was napping away from the other contestants. His initiative only further agitated the women, but she took comfort in his attentiveness. He promised he’d comfort her “every day” and spent their conversation giving her affirmation. “After hearing that from him, I can’t leave,” she confessed to the cameras.

Despite the Sarah drama, Matt took Serena P. on their scheduled one-on-one. The two spent the afternoon horseback riding and enjoying a picnic together surrounded by horses and donkeys.

The two had plenty of lighthearted conversation, but also discussed their families and futures, as well as perceptions and expectations of others. Serena P. exposed her sense of humor and also revealed her depth during the night portion of the date. Matt shared how excited he was about their relationship, and demonstrated that with a rose.

Meanwhile, at the house, another date card arrived. Sarah emerged from her room for its reading, which the women used as an opportunity to attack her intentions and character. She apologized again for interrupting the group date and for isolating herself from the women, but none of the women had an interest in her excuses. They ganged up on her and told her that the remainder of her time at the resort would be uncomfortable.

Sarah — visibly upset — retreated again, until Katie reached out the next morning. Then, the two had an emotional discussion, specifically revolving around Sarah’s family and her dad’s terminal illness. Sarah shared her father’s diagnosis with ALS, and that it was a driving force for wanting to go home. While she had a sincere interest in Matt, the hostility in the house, paired with the need to return to her family, helped her make her decision — she would leave.

While Sarah packed her bags, Katie shared the news with the remained of the contestan