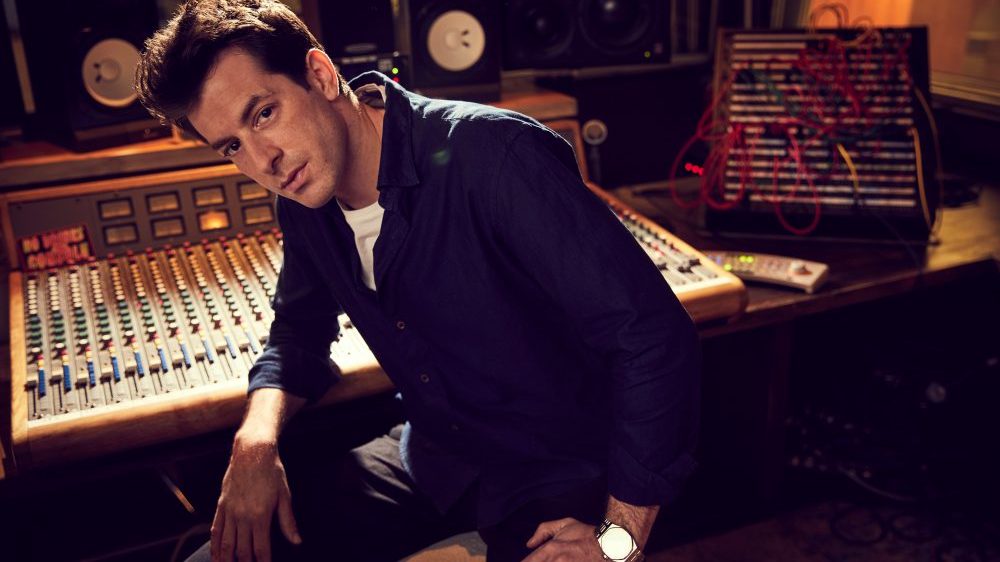 In the six-part series, the Oscar winning multi-hyphenate (a DJ, songwriter, producer and seasoned A&R) sits down with creators and musicians to look at innovations in the realm of sound, from synths to distortion to autotune and beyond.

T-Pain, Charli XCX, Dave Grohl and Paul McCartney are just a few of the names who appear on this musical exploration.

Episode 3, titled “Reverb,” looks at Ronson’s collaboration with the late Amy Winehouse, who died 10 years ago this month. In an interview with Variety, Ronson shares memories of Winehouse and expounds on the inspiration for “Watch the Sound.”

It’s been 10 years since Amy Winehouse’s passing, do you have a favorite memory of her?

We only worked together for six days or seven days, tops. I wish there was more because there’d be more memories. She was the best and she was so funny. I remember walking around Soho in New York, taking a break from recording. She’d tell me a wild story and say, “My family came over and they tried to make me go to rehab. I said, ‘No, no, no.’” We went back to the studio and wrote the song. There were just so many moments with her that were just great. … I wish there were more. I miss her. I miss her voice and her speaking voice, the way we would hang out.

What was the genesis of “Watch the Sound?”

When Apple TV Plus launched, they came to me and said, “We want to do a show about music education, something tech-y and geeky, but also for music fans.” They put me in touch with Morgan Neville (“20 Feet from Stardom”) and I love his work. He’s this huge music aficionado. Mark Monroe was on board to produce, and I didn’t even realize how much stuff he had been responsible for such as “The Bee Gees: How Do You Mend a Broken Heart” and “Icarus.”

We just all started to brainstorm about what this show would be and that’s when we decided to break it up into the six technologies that we thought were the most important things in revolutionizing modern music, and being responsible for the sounds and the songs that are part of our life.

In the first episode, “Autotune,” there’s a great comment about modern music sounding more and more digital. As someone who has been in the industry for a long time, do you think there’s less emotion attached to music as sounds veered away from analog?

I come from a slightly more analog aesthetic. Autotune was already around when I started. I was doing all this work with amazing artists like Amy Winehouse, and you think about the human yearning and connection. But, when Kanye West came out with “808s & Heartbreak” in 2008, it changed my perspective a bit because Kanye never pretended to be a singer, but he found this tool, autotune that enabled him to get out these remarkable melodies that were in his head that he might not have been able to do otherwise. We’re better off as a bunch of listeners for this music that was made. I definitely came around from being a hater.

The idea of AI creating songs and being indistinguishable from “real music” is a little bit scary. I guess it also introduces the kind of question like, “Is a song important or does a song have weight because of the emotion of the singer or because of the emotional effect that it has on you?” There will be a point at which some song created purely by AI will make somebody feel the same way that “Landslide” by Stevie Nicks makes me feel. At that point it will be, is the beauty in the eye of the listener or the singer?

Episode 2 highlights Public Enemy and the use of sampling, can you talk about your early awareness of samples?

I came up in the sampling era. I was that kid who went to the record store to dig through record bins. If a song came out like Busta Rhymes and “Put Your Hands Where My Eyes Can See,” I’d think it was so cool. I’d go out to find what that original sample was and drop it into my DJ sets because this was before websites.

My favorite hip-hop producer of all time is DJ Premier, who’s in the show. He does this remarkable thing where he would take tiny portions of samples, chop them up and replay them and do these amazing beats and syncopation. Rare samples chopped into almost unrecognizable pieces is so rare, and I love that. Then you’ll have “Bound” by Kanye West, where there is a huge sample and it’s really obvious that it’s taken from an old record, but what he does is amazing.

Paul McCartney and the Beastie Boys aren’t two artists you’d expect to learn about in the same series, but both were important innovators of their time.

There were some definite eureka moments — like when Paul says how, in the background of the Beatles’ “Tomorrow Never Knows,” his voice was sped up.

Beastie Boys talk about their distorted microphone sound in the “Distortion” episode, saying, “We needed that coat of armor. Without it, we didn’t think we could go on.”

Also in the “Distortion” episode, Kathleen Hanna, who started the Riot Grrrl movement, is talking about distortion in the context of, “This was the sound that made me feel like I could make music.” Dave Grohl says, “Before I found this [distortion] pedal, I didn’t know that there was a way to express myself.” There were all these lovely moments that I didn’t know we were going to get and I was touched by.

Who are some of the other pioneers of sound?

I knew a bit about Wendy Carlos and Delia Derbyshire. These are the unsung pioneers. Back when synths were not in the mainstream, these were the people making important music. They were female composers who were not given the same respect, so that was something that I learned a lot about. With synthesizers, the fact that when they came out, everyone thought that they were going to ruin music and take the job of real musicians. They were this outsider art form. But then, Herbie Hancock and Stevie Wonder did these genius things with them, and they became the sound of the mainstream. It was amazing how synthesizers slowly worked their way to this place where they are the sound of pop music, and we can’t imagine a time before them, which is sort of wild.

What were the challenges in deciding what to focus on?

There were times when we’d be in the middle of “Distortion” and I’d call Morgan in a panic having gone through rough cuts. We didn’t talk about Pantera and I thought people are going to kill us. Or we hadn’t talked about Metallica, but this is not an anthology.

Duran Duran might not be the first band to come to mind when people think of synthesizers. Some might go to Depeche Mode or Jean Michel Jarre, but for me, Duran was my intro.

We’re just trying to do as much as we can, and then hopefully, if we’re lucky, we get to make a second season.

MNDR Returns With Mark Ronson Co-Produced New Single, ‘Hell to Be You Baby’ 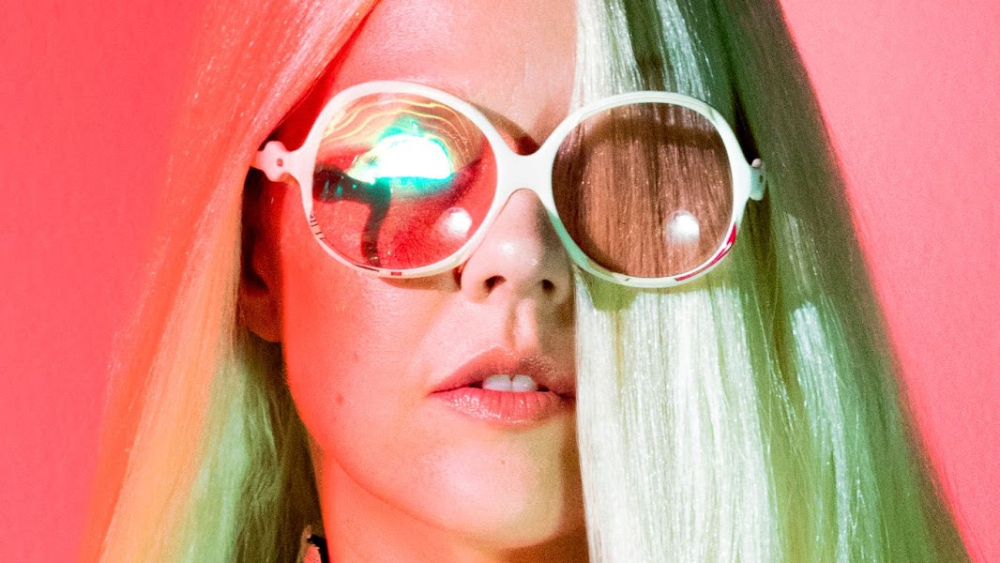 Avant-pop singer MNDR has returned with her first new material since 2019, a single co-produced by Grammy-winning producer Mark Ronson (Lady Gaga, Amy Winehouse) called “Hell to Be You Baby.” The song is the title track from her second full-length album, slated for release on June 18th on WonderSound Records.

The official video, directed by MNDR and video producers Glow in the Dirt, features a cameo from singer-songwriter Lawrence Rothman and, according to the announcement, “explores MNDR’s fascination and exhaustion from the self-worshipping Cult of Me.”

MNDR (born Amanda Warner) actually goes way back with Ronson, appearing with him and legendary Tribe Called Quest rapper Q-Tip on Ronson’s 2010 hit “Bang Bang Bang.” Over the years she’s released an album and a pair of Eps but multiple singles and collaborations with Sophie and Charli XCX (on the “Vroom Vroom” EP), Calvin Harris, Carly Rae Jepsen, Martin Solveig, Kylie Minogue and others. She even filled in for Duran Duran keyboardist Nick Rhodes for several dates on the group’s 2016 tour.

“I will be back as soon as I can but know, in the meantime, that I am leaving both the band and fans in great hands, with the fabulous MNDR,” Rhodes said in a statement at the time.

“Hell to Be You Baby” tracklist: