Guests in Their Former TV Homes: Mark-Paul Gosselaar and Raúl Esparza Weigh In on Reprising Beloved Roles in Shorter Stints 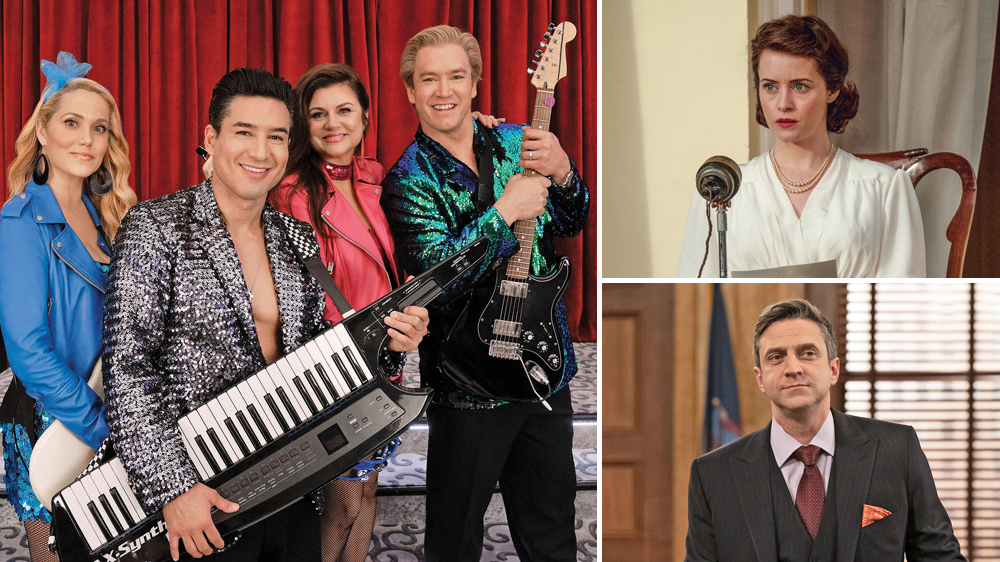 When the writers of ABC’s “Grey’s Anatomy” opted to have the show’s title character, Meredith Grey (Ellen Pompeo), battle against COVID-19 for much of the season, they juxtaposed it with an unexpected silver lining: a dream world that reunited the doctor with many of her fallen loved ones on a beach.

This beach arc, which lasted for more than 10 episodes, found Meredith getting closure with mainstays from her past, including her husband, Derek (Patrick Dempsey) and her half-sister, Lexie (Chyler Leigh). But the medical drama was far from alone in tapping into such nostalgia, as more than a half-dozen other shows this television season brought back former leads in guest spots, a move that could shake up the Emmy race in that category.

“With people coming back, there’s a familiarity with both them in the role and their character,” says awards strategist Michele Robertson. “So I think in that way, people will lean in, especially if it’s a character that’s beloved, like Patrick Dempsey [as Derek].”

“The Crown’s” Claire Foy, who won the lead drama actress Emmy in 2018 for her portrayal of Queen Elizabeth II in the Netflix royal family period piece, will be in the guest star mix for her brief return to the show in Season 4 flashbacks. And as the same streamer’s “Master of None” shifted focus to Lena Waithe’s Denise in Season 3, two-time lead comedy actor nominee Aziz Ansari will be in contention in a new category for briefly reprising his character, Dev.

Final seasons also brought back familiar faces: America Ferrera, who exited NBC’s “Superstore” in 2020, wound up returning as Amy a few months later when the show wrapped up its six-season run. And “Last Man Standing’s” Kaitlyn Dever reprised her role as Eve for a handful of episodes in that Fox comedy’s final run, as well.

With an often-overwhelming number of shows at viewers’ fingertips, a character’s return means “you’re not starting with having to introduce them to the show; people already know them,” Robertson says. “There’s already an inherent goodwill.”

For Mark-Paul Gosselaar, reprising his iconic role of Zack Morris in Peacock’s “Saved by the Bell” continuation series wasn’t an automatic yes — but in eventually signing on, he is seeing a shot at Emmy for this piece of pop culture for the first real time in the property’s history.

Gosselaar says he loved writer Tracey Wigfield’s take on the world, but “there’s a bit of hesitation, because you’re dealing with a property that I feel [belongs] to the diehard fans. You just don’t want the new reimagining in any way to take away from the original, and she’s done such a great job of making them separate.”

The audience was also on former “Law & Order: Special Victims Unit” star’s Raúl Esparza mind when he decided to reprise his role of attorney Rafael Barba on the long-running drama.

“There was so much interest in Barba, all the time [even after my 2018 exit],” he says. “It’s like he has a life of his own outside the series.”

And with Barba leaving the “SVU” canvas under ethically murky circumstances the first go-round, the return allowed Esparza to end the character’s arc — at least for now — on a different note.

“Thinking about how to bring him back was intriguing to me,” Esparza admits, adding that part of the appeal was reuniting with current “SVU” showrunner Warren Leight, who created Barba but wasn’t with the show when the actor left. “It was important to all of us that things got addressed about the way he exited, but not so obviously that it feels like we’re hitting the audience over the head. There were lots of subtle elements in the case that pitted him against the team in a way that wouldn’t be usual — that were about crossing lines, morally and legally, that were intriguing.”

As familiar as the “SBTB” and “SVU” worlds were for both performers, there were key differences in returning to the worlds for shorter stints, though.

“There are some famous storylines, character traits [in the original show], that we would never be able to do today,” Gosselaar acknowledges. “And yet, in the reimagining, we’ve made light of that. We pushed it even further, and just had fun with the absurdity. And that’s something I’m thankful Tracey did: She knocked the piss out of it. I think that’s why it’s so fun to watch, because it really is absurd. I find it ironic that this is one of the highest-reviewed shows by the critics that I’ve ever been a part of, which is sort of the little cherry on top of the sundae.”

And for Esparza, his return found Barba shifting from his position as assistant district attorney to defense counsel — going up against his former colleagues. “You’re almost never in opposition to [the regular characters] and that’s where the juice is,” he says. “When the guest stars come in, they have a ball. Getting to play the role as a guest star, where you still have to hang on to who he is, fundamentally, but getting to play with the way he breaks rules —at first it was a little bit uncomfortable. It was a little strange, because you become really attached to and affectionate towards these characters you create. A lot of the first couple of days was me trying to find my way into being both still part of the team and OK with being somewhat in conflict with them. That’s fun for an actor, but it’s hard to let go of the old way of doing things. And Barba always works really well when he’s functioning almost like a rascal.”

As comfortable as the returns of familiar faces are to audiences and even Emmy voters, it can be equally important for the talent.

“SVU,” Esparza says, “became a place to really get better as an actor. Returning to it in this year, it just felt like walking into a huge embrace; seeing the faces, talking to my friends, and getting to work. In a year of so much fear, uncertainty, and questioning what anything is worth right now, that was actually lovely and very emotional.”