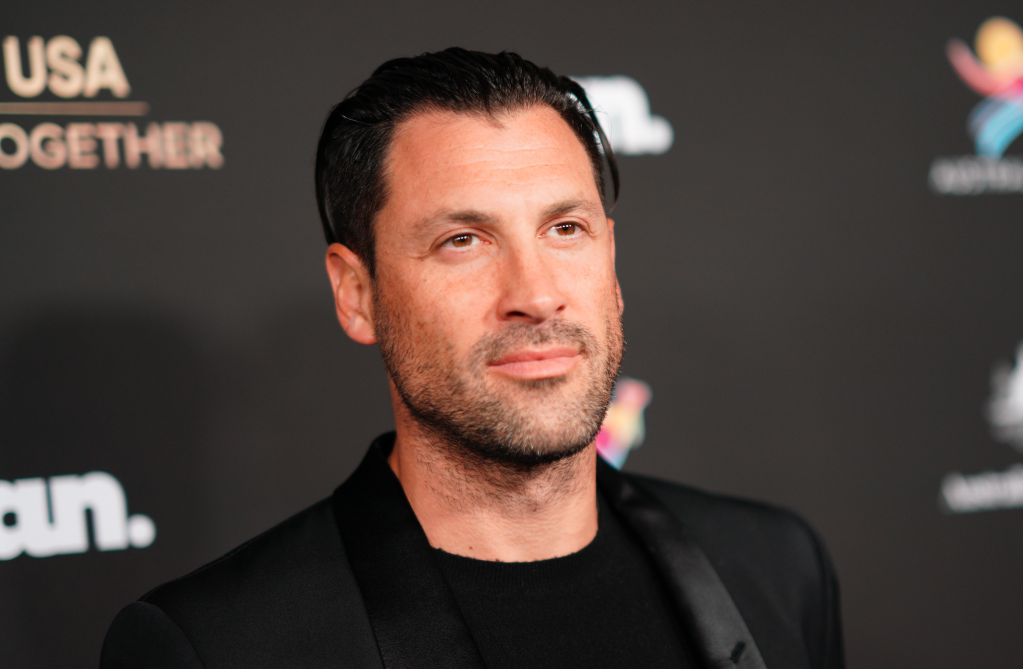 “Dancing With the Stars” favorite Maksim Chmerkovskiy announced on Instagram in a video post that he will attempt to leave Ukraine amid Russia’s invasion. Chmerkovskiy, who was born in the Ukraine city of Odessa, was in his home country ahead of the Russian invasion working on a project titled “World of Dance UA.” In the days since Russia invaded Ukraine, Chmerkovskiy has used Instagram to keep fans updated on his safety in the country. In a Feb. 28 video post, the dancer said he was arrested in the streets and is now preparing to get to the border to leave Ukraine.

“There’s a lot of fighting everywhere,” Chmerkovskiy said in the video recorded on his cellphone. “Streets are crazy. At one point I got arrested… but all good, promise. That was probably the least traumatizing moment in this whole thing as far as Ukraine is concerned, but for me it was just a reality check… a crazy reality check.”

Chmerkovskiy did not provide additional details about the arrest, but he did tell fans, “I’m going to try to make my way out, start trying to get close to the border… I’m just trying to stay focused. I have options. My options are better than most people’s, unfortunately. I’m a little nervous to be honest with you, but I think it’s going to be all right. Well, I know it’s going to be okay.”

“If I disappear for a little bit please don’t worry,” Chmerkovskiy added, telling his fans not to “panic” if they don’t hear from him on social media for a bit.

Chmerkovskiy is married to fellow “Dancing With the Stars” pro Peta Murgatroyd. The couple have a 5-year-old son together and live in Los Angeles. Watch Chmerkovskiy’s full message in his video post below.

Olympic gold medalist gymnast Gabby Douglas is the first-ever winner of “The Masked Dancer,” having scored the show’s diamond mask trophy after being revealed as Cotton Candy.

Douglas was victorious despite facing off with two trained dancers in the finale. Runner-up Sloth turned out to be “Dancing with the Stars’” Maksim Chmerkovskiy. And in third place was Tulip, who was revealed to be Mackenzie Ziegler (“Dance Moms”).

Douglas was unmasked after dancing to “This Is Me,” by Kesha. The panelists were torn between whether the Cotton Candy was a gymnast or an ice skater. Paula Abdul figured out it was Gabby Douglas, while Ashley Tisdale named her teammate Simone Biles. Brian Austin Green thought it was Tara Lapinski, Ken Jeong named Michelle Kwan.

Among Douglas’ notable moments on the show came before her first dance, when (dressed as Cotton Candy) she was suspended high in an acrobatic ring but then fell down to the ground. “The Masked Dancer” got a lot of mileage playing that clip and noting how Cotton Candy quickly rebounded and performed.

Now, Douglas can reveal that — ironically — that although it wasn’t easy to dance in disguise, it was perhaps that elaborate, padded costume that protected her.

“The ring was spinning very fast, which I had done so many takes before that, but I just really wanted to make everything just very light and airy,” she told Variety. “I kind of wasn’t paying attention, and part of my left shoulder got outside of the ring, and then gravity literally just took me down. But I was so fortunate for Cotton Candy’s costume because it padded the fall, and I had a big ol’ skirt on, had her [large] head. So I walked away with only a bruised chin and a bruised knee, but I was fine. I just got right back up and was like, ‘All right, guys, let’s do it again.”

Douglas may be an athletic superstar, but she admitted that her dancing skills were only “at 5%. Because I’m so used to doing kind of static poses and not really being in character, moving, doing different genres, or style of dancing. So, it was very, very different.”

The panelists eventually figured out that Cotton Candy was either a gymnast or an ice skater, which made Douglas more eager to cover her tracks. “I didn’t want to make it very gymnast-y at all so I was practicing with choreographers saying like, ‘OK, how do I be a ballerina or how do I be a hip hop dancer, to throw the judges off.’”

She was amused by some of the early off-kilter guesses, especially by Jeong: “I thought Ken was super hilarious some of his guesses are very wild. Kylie Jenner, Ariana Grande, Selena Gomez which was wow, is he just doing this to be funny or is he actually serious?”

Douglas gives high marks to her experience. “If I could rewind and do it all over again I would,” she said. “It is definitely inspired my passion to dance more.”

“I think one of the hardest things for me was obviously having the head on,” Ziegler said. “Because it was definitely way bigger than my actual head, and it was hard because I was doing tricks, my partner was lifting me up and it was hard on rehearsals, trying to navigate around the head because it was just so big.”

Ziegler said many of her fans figured out early on it was her: “I’m just so excited for everyone to see me because a lot of my supporters have been guessing me already. And all of my comments are, ‘are you the Tulip?’ So I’m excited to see how everyone reacts when they get me right.”

“The Masked Dancer” includes the feature “Word Up,” in which each contestant says a one-word clue to their identity. Douglas’ first “Word Up” was “Primetime,” second “Word Up” was “Team Player,” third was “Prayer” and fourth was “Cover Girl.” On Wednesday, her final “Word Up” was “Foundation.”

This season’s costumes include Zebra, Tulip, Sloth, Exotic Bird, Cotton Candy, Cricket, Disco Ball, Moth, Ice Cube and Hammerhead. Previously unmasked were Oscar de la Hoya as the Zebra, Jordin Sparks as the Exotic Bird, Vinny Guadagnino as the Hammerhead, Brian McKnight as the Cricket, Elizabeth Smart as the Moth, Bill Nye the Science Guy as the Ice Cube, and Ice-T as the Disco Ball.

“The Masked Singer” opened with finalists Cotton Candy, Tulip and Sloth dancing to “I’ve Had The Time of My Life,” with host Craig Robinson singing the male part.

Here were final three contestants and their performances on episode eight, “Road to the Finals — Final Clues to the Mask!/The Finale — One Last Mask!”: