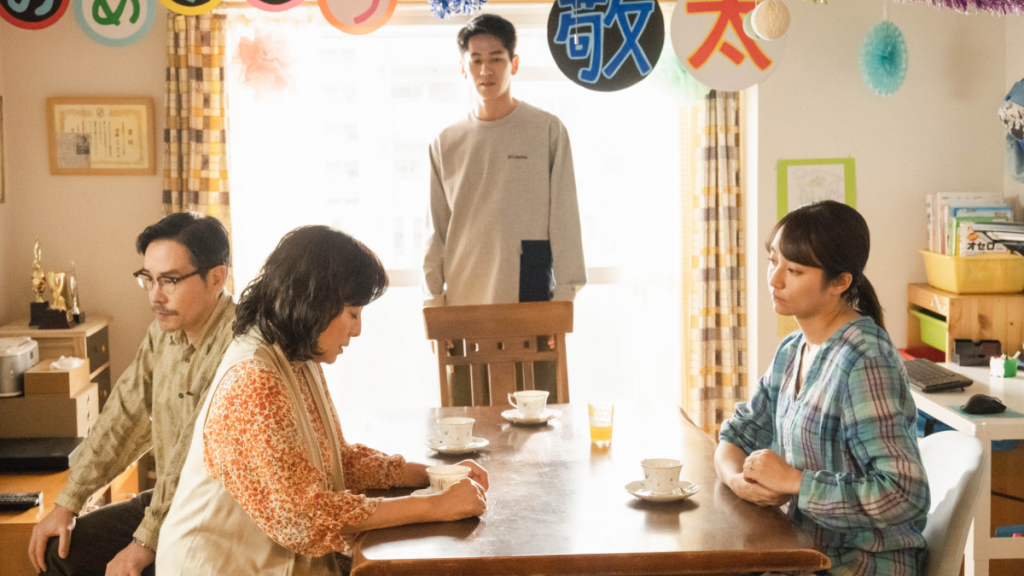 Even the most solidly founded of marriages can be strained and shattered by the death of a child. For handsome, wholesome Japanese couple Taeko and Jiro, however, that tragedy shows up all the fault lines that were already in their young relationship, and that’s before living ghosts of the past show up for both partners. Koji Fukada’s “Love Life” unabashedly embraces melodramatic contrivance in its examination of modern middle-class love tested as much by social prejudices as by personal demons; it just does so with such pallid, polite reserve that its sentimentality never becomes transcendently moving. As such, this agreeable but overlong pic finds the Japanese writer-director still struggling to regain the form of his jolting 2016 Cannes prizewinner “Harmonium.”

That film was an exercise in disorienting tonal contrast and conflict, with a vein of blood-dark comedy running through severely tragic events. “Love Life,” on the other hand, is an earnest, largely humorless affair: While it’s impossible not to be affected at some level by its characters’ hellish plight, the predominant softness of tone here tends toward the wispy. Dignified performances and assured, restrained craftsmanship see the film through to a satisfying enough resolution, but this Venice competition entry may not have the necessary impact to secure widespread arthouse distribution.

The opening scenes establish an early sense of the domestic placidity and faint emotional distance that marks relations between Taeko (Fumino Kimura) and Jiro (Kento Nagayama) in the small, neat apartment they share in a Japanese coastal town. Their respective routines tend to converge over six-year-old Keita (Tetta Shimada), Taeka’s bright, chipper son from a previous relationship: Though Jiro is a kind father to the lad, the matter of his parentage feels like one more territorial division between spouses who don’t share their lives entirely.

Jiro’s parents Makoto (Tomorowo Taguchi) and Akie (Misuzu Kanno) live in the same building, but that too isn’t quite the cozy arrangement it outwardly appears to be: Makoto has never approved of his son’s marrying a divorced mother, and the limits of their cordiality begin to show over the course of the family birthday party that begins proceedings. The day will turn far worse, however, when Keita suddenly dies in an all-too-conceivable household mishap — one that plays out, only part-visibly, in the space of a single static shot judiciously framed by Fukada and DP Hideo Yamamoto. In the space of a few minutes, the family’s most binding tie is severed, casting the living and grieving immediately adrift.

Fukada dramatizes the immediate aftermath of the event with credible, suitably mundane delicacy: “Love Life” is best at negotiating periods of strained, not quite simpatico silence, as when Jiro tries to intuit whether or not to take down the party decorations that now accidentally mark Keita’s death, or a shellshocked Taeko attempts to choose photos for a memorial slideshow. Things take a less convincing turn with the arrival of Taeko’s deaf Korean ex Park (Atom Sunada), who crashes the funeral to strike her across the face.

It’s a rare abrasive action in a film of quiet words and deeds; it also never rings entirely true, either in the moment or as we learn more about the relationship and rift between Taeko and Park, who has been homeless for some time. Charitably remedying his misfortune becomes Taeko’s healing distraction from her mourning, while Jiro, in a somewhat over-symmetrical turn of events, rekindles his acquaintance with an ex of his own. (Always hovering just shy of his partner’s feelings, and never quite asserting his own, Nagayama deftly essays the trickiest role here.) While Kimura and Sunada both give suitably bruised individual performances, collaboratively they never exactly convince us that Taeko and Park once shared a soul connection.

That seems less intentional than the figurative glass wall separating Taeko and Jiro — which at least gives the slightly wan love triangle that ensues a tremor of uncertainty. No pair of characters seems quite on the same page until the film’s elegantly sustained closing shot, as two people take a simple walk across suburban streets and squares before disappearing into the middle distance, the opalescent strains of Akiko Yano’s English-language tune “Love Life” standing in for their inaudible, far-away dialogue. “Whatever the distance between us, nothing can stop me loving you,” she sings — if Fukada’s film is occasionally as mawkish as this lyric, it nonetheless suggests the love here may be a little more conditional and complicated than that.

This marks the latest collaboration for Feig and Kendrick. The pair previously worked together on the 2018 film “A Simple Favor,” in which Kendrick starred and Feig directed. This will also be the first starring television role of Kendrick’s career. She is known for her film work, including the “Pitch Perfect” and “Twilight” franchises, “Trolls,” and “Into the Woods.” She is repped by CAA and Morris Yorn.

Feig has worked in both film and television, with his television credits including “Freaks & Geeks,” “The Office,” and “Arrested Development.