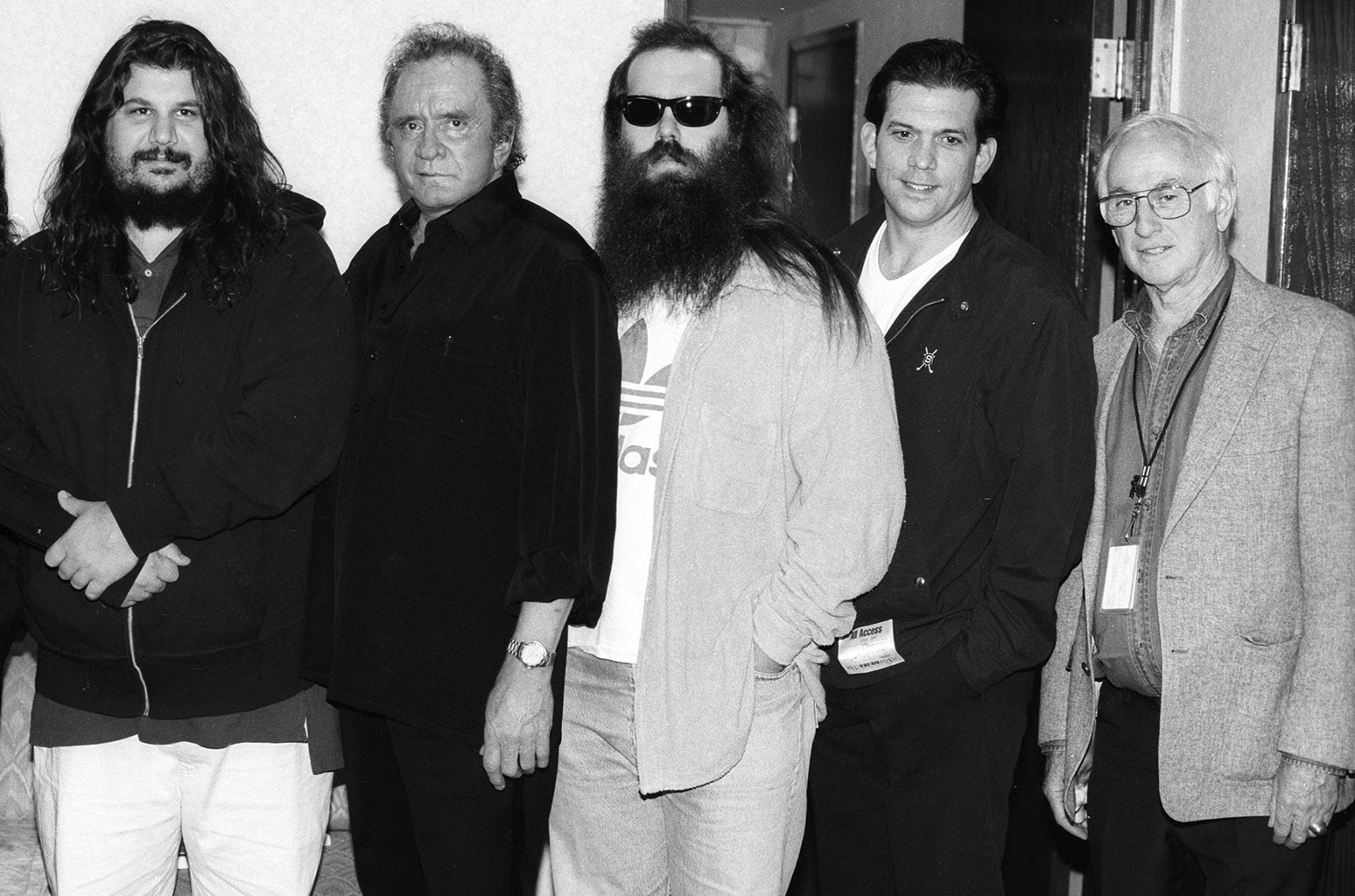 “It is with deep sadness and respect that we mark the passing of music industry legend, Lou Robin, at 90,” said the statement posted to Cash’s website. “Lou had an amazing 30-year run personally managing Johnny Cash and June Carter Cash from 1973 until their passing in 2003. The friendship and relationships he and his wife, Karen Wilder Robin, had with the whole Cash family were cherished. Our thoughts are with his sons, Michael and Steve Robin, and their families.”

Born Louis Bernard Robin on May 29, 1930 in Chicago, Illinois, Robin attended Chicago-area schools before relocating to Los Angeles as a teenager. His music industry career began during his stint at nearby Claremont Men’s College, where he and Tinkley began booking artists such as Duke Ellington and Count Basie to play concerts at the school’s Bridges Auditorium. The endeavor proved so successful that the classmates subsequently began promoting shows at other college campuses, including Stanford, Arizona State University and El Camino College.

In 1957, Robin and Tinkley co-founded the concert promotion company Concerts, Inc., which later came to be called Artist Consultants Productions. Over the years, their client list grew to encompass some of the biggest artists of the era, including The Rolling Stones, Peter Paul & Mary, Stevie Wonder and The Beatles.

Robin’s most fateful meeting would come in 1968, when he was introduced to Cash by the country icon’s then-employee Barbara John. Robin came aboard to promote Cash’s live shows, including his 1969 concert at San Quentin State Prison, and deepened his relationship with the singer and his wife, June Carter Cash, when he took on the role of personal manager to the couple in 1973.

In addition to his work as Cash’s promoter and manager, Robin would go on to produce a number of feature films featuring the singer, including 1973’s Gospel Road: A Story of Jesus (co-written, produced by and starring Cash) and the posthumous Cash documentaries Johnny Cash’s America and Johnny Cash: American Rebel.

“We’re very close,” Cash said of Robin in his 1997 memoir, “and I trust him absolutely, with every reason to do so…Artists Consultants is the name of his organization; I’m not sure what kind of artist I’ve turned out to be, but he’s a great consultant.”

Despite his deep association with Cash, Robin still found time to work on other projects. Perhaps most notably, in 1976 he and Tinkley brought the Monty Python comedy troupe to the off-Broadway venue New York City Center, marking the group’s U.S. stage debut.

Robin would manage the Cashes for the remainder of their lives and beyond; after both singers died in 2003, he supervised their estate until his retirement at age 88.

A longtime member of the International Entertainment Buyers Association, Robin was inducted into the organization’s Hall of Fame in 2011. He was a longtime resident of Los Angeles’ Pacific Palisades and most recently lived in nearby Thousand Oaks, where he lived with his wife Karen until her death in 2019.

Robin is survived by sons Michael and Steve Robin; their wives Amy and Jenjer; and granddaughters Mackenzie, Skylar, Karleigh and Savannah.