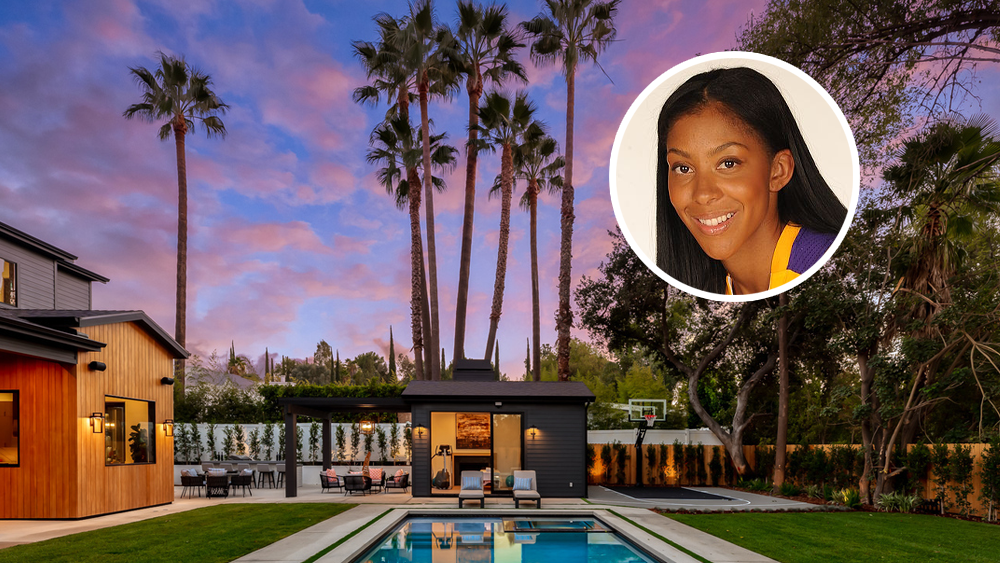 Back in 2018, professional basketball superstar Candace Parker and her former husband Sheldon Williams sold their Encino marital home for $3.8 million, splitting the profits and going their separate real estate ways. But the WNBA baller has bounced back nicely; earlier this month, she shelled out $4 million for a larger, newer, and generally more impressive property in the neighboring San Fernando Valley community of Tarzana.

Built this year on speculation by a local developer, the nearly half-acre estate sits on a quiet street, behind tall orange gates. The substantial motorcourt has room for at least a half-dozen cars, and there’s a three-car attached garage for additional parking, plus wee patches of grass and native landscaping to break up the concrete jungle.

Inside the snazzy modern farmhouse-style home, there’s an open-concept floorplan with wide-plank hardwood floors and a relatively vibrant color scheme that incorporates shades of white, grey, and warm acorn. Immediately to the right of the entryway is the fireplace-equipped living room; beyond that, a center hallway leads past a black-and-gold office to a massive great room, where there’s a formal dining area serviced by a wet bar, a family room with another fireplace and backlit built-ins, and a courtyard, accessed via glass sliding doors, that offers its own outdoor fireplace.

With top-of-the-line Thermador appliances and acres of quartzite countertops, the kitchen is dressed to impress and can easily accommodate large events, COVID-19 allowing. Guests can either chat at the informal breakfast bar, sample hors d’oeuvres in the sunny breakfast nook, or bask in the sunny backyard — easily accessible via disappearing walls of glass. Out there are patios for al fresco dining, a large line primed for Fido’s romps, a sparkling saltwater pool with inset spa and Baja shelf, and an adjoining pool house and half-court basketball court, naturally.

When her guests become too rowdy, Parker can retreat to any of the 6,300-square-foot mansion’s five private bedrooms, all of which pack in their own ensuite baths. The upstairs master suite is particularly titanic, with a marble fireplace, a showroom closet that’s bigger than many boutiques, and a spa-style bathroom with both a soaking tub and one of the biggest showers this side of Mulholland, complete with no fewer than three shower heads. Downstairs, there’s also a soundproof movie theater with seating for 10, while a sophisticated Control4 home automation system with security cameras will deter any unwanted party crashers from joining the fun.

Parker, 34, was the first overall pick in the 2008 WNBA draft, and she’s played for the Los Angeles Sparks her entire professional career. Over the past decade, she’s become a household name, racking up a vast trove of accolades including two MVP awards, one WNBA championship, and two Olympic gold medals. The 6’4″ Naperville, Illinois native also sports a slew of lucrative endorsement deals with the likes of Adidas and Gatorade that have helped make her perhaps the best-paid player on the entire WNBA roster. 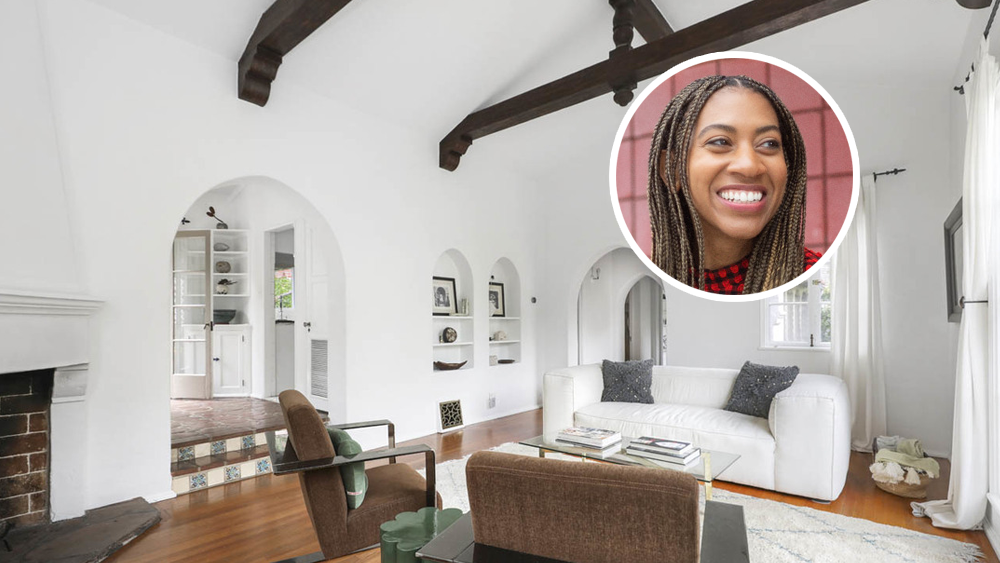