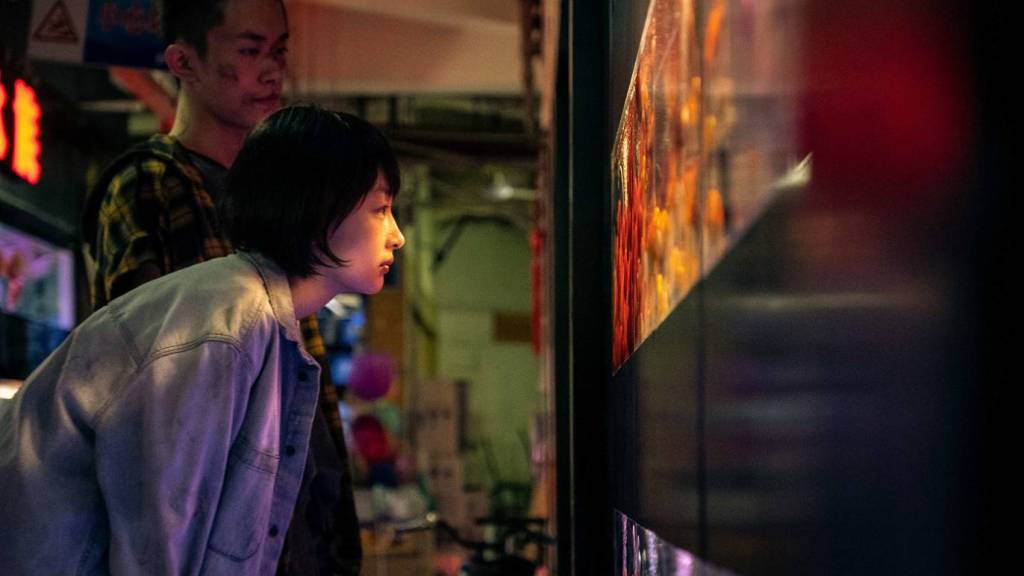 Among them were Zhou Dongyu and Jackson Yee, the stars of the best foreign picture Oscar nominee “Better Days,” “Mulan” star Liu Yifei, and the actor Song Dandan, the stepmother of “Nomadland” director, the Chinese-born Academy Award frontrunner Chloe Zhao.

The controversy has plunged China’s entertainment industry squarely into the firestorm over alleged human rights abuses in Xinjiang. Beijing denies there is abuse, but U.S. officials and leading figures in other democracies have recently described activities in Xinjiang as a “genocide.”

The furor highlights the real and escalating difficulties that companies and artists must face when attempting to straddle the divide between the political requirements of accessing China’s enormous market and the humanitarian expectations of public and media in other jurisdictions.

The jingoistic firestorm broke out Wednesday, just days after the U.S., the E.U., Britain and Canada announced a rare set of coordinated sanctions against Chinese officials over their policies in Xinjiang. Beijing retaliated by imposing even harsher sanctions on the E.U. in return. It added sanctions against U.K. officials on Thursday.

Weibo users dug up an old, since-deleted 2020 statement from H&M in which the Swedish retailer stated that it was “deeply concerned” by reports of forced labor and discrimination against ethnoreligious minorities in Xinjiang. It was working to “reduce exposure” there due to the “risk of labor rights abuses… until conditions for credible due diligence are in place,” according to a cached version.

“On the one hand you spread rumors and boycott Xinjiang cotton, and on the other want to make money in China? Wishful thinking!” the Communist Youth League’s social media account posted, as hashtags and search terms related to the issue began racking up billions of views, dominating the Weibo trending search charts.

Within hours, actor Huang Xuan — who recently appeared in “Wuhai,” which won the FIPRESCI prize at San Sebastian last year, and the new hit TV show “Minning Town” — announced that he would terminate all sponsorship contracts with H&M. He was soon followed by fellow brand ambassador Victoria Song Qian, the singer-actor who debuted as part of the K-pop group f(X).

Huang accused H&M of a “human rights smear campaign,” and stated via his studio that he “resolutely opposes any attempt to discredit the country and its human rights practices in any form.”

By evening, Chinese web users noticed that H&M had been wiped from Alibaba’s e-commerce platform and even literally from the map, with its stores unsearchable on Chinese map apps.

On Thursday, boycott threats had spread to other brands that have previously said they do not source products or yarn from Xinjiang. Most are part of the Better Cotton Initiative, an industry group that promotes sustainable cotton. They include Nike, Adidas, Burberry, Converse, New Balance, and Phillips-Van Heusen, which runs Tommy Hilfiger and Calvin Klein, among others, All were labeled as “malicious backstabbers” by the Communist Party mouthpiece, the People’s Daily.

Beijing denies that forced labor is occurring in Xinjiang and strictly censors information about the “re-education camps” there, which the United Nations has expressed concerned are sites of arbitrary detention, ill-treatment, and sexual violence.

Many Chinese nationals are unaware of the more explosive claims about the forced detainment of more than a million ethnic minorities, or are uncertain whether to trust foreign reports on the topic. China reportedly makes 22% of the world’s cotton, 84% of which comes from Xinjiang. A December BBC investigation cited online Chinese documents as showing that upwards of half a million Uighurs and other minorities a year were corralled into picking cotton in the region. BBC World TV has since been banned from China, in part for its Xinjiang reporting.

Entertainers, with their huge social media followings, have become amplifiers for the party line, which feeds off of grassroots nationalist anger about foreign criticism of China’s Xinjiang policies.

Hundreds of celebrities and 28 million others have retweeted a People’s Daily image stating: “I support Xinjiang cotton”. Social media users have kept close watch on those celebrities who have not done so, and heaped praise on those who have. Although there are no public requirements to do so, there is an underlying fear that staying quiet could bode ill for one’s career, given the Party’s recent exhortations that actors must “ardently love the motherland” and express the “right politics” in order to work.

Some, including actors Zhou and Gong Jun, have gone the extra mile to jump China’s “Great Firewall” censorship and geo-blocking system to post on social media platforms only visible abroad. They posted the “I Support Xinjiang Cotton” image to Instagram, which, along with Facebook, Twitter, and others, is blocked in China.

Zhou, who anchors Derek Tsang’s Oscar-nominated “Better Days,” annulled her contract as Burberry’s China spokeswoman on Thursday. Just a month ago, she and Tsang had teamed up to create a six-minute promotional short for the brand.

Her “Better Days” co-star, the TFBoy idol Yee, terminated his contract with Adidas, stating through his studio that he “resolutely opposes any behavior that sullies China’s reputation.”

Liu already stoked strong criticism abroad last year before the premiere of Disney’s “Mulan” for toeing the Communist Party line with a divisive post in support of the Hong Kong police force, which had been accused of using brutal tactics to subdue pro-democracy protestors.

The Disney poster girl appeared more cautious this time, quietly announcing the termination of her Adidas sponsorship contract via a single sentence on her official fan account, rather than her main social media channels. Although she has not published an officially-stamped document proclaiming her contract termination, as almost every other celeb has done, Chinese social media users have taken it as fact, sending the search term “Liu Yifei suspends partnership” trending.

It’s not just ethnic Han mainlanders, either. The economic pull of the Chinese market has impact on Chinese speakers hailing from outside the People’s Republic.

Hong Kong Cantopop singer Eason Chan backed out of a long-running partnership with Adidas, with his company stating that he would “resolutely boycott any behavior vilifying China.” Other Hong Kongers involved include William Chan, who quit Tommy Hilfiger to defend “the dignity of the motherland,” and rapper Jackson Wang, who quit Adidas.

Meanwhile, Uighur actors, too, have expressed their support for the campaign, including Dilraba Dilmurat, Gulnazar, Hani Kyzy, and Merxat, as well as Beijing-born Kazakh actress Rayzha Alimjan.

Dilmurat, who canceled her contract with Adidas, is one of China’s best-known Uighur celebrities. “I love my hometown — there are beautiful cotton fields and adorable people there. I support the cotton of my hometown,” she wrote to her more than 73 million approving followers, retweeting the People’s Daily image. She ended with a hashtag commonly used by state media on reports of how happy people in Xinjiang are, now viewed more than 200 million times: “#Our Xinjiang is a great place.”