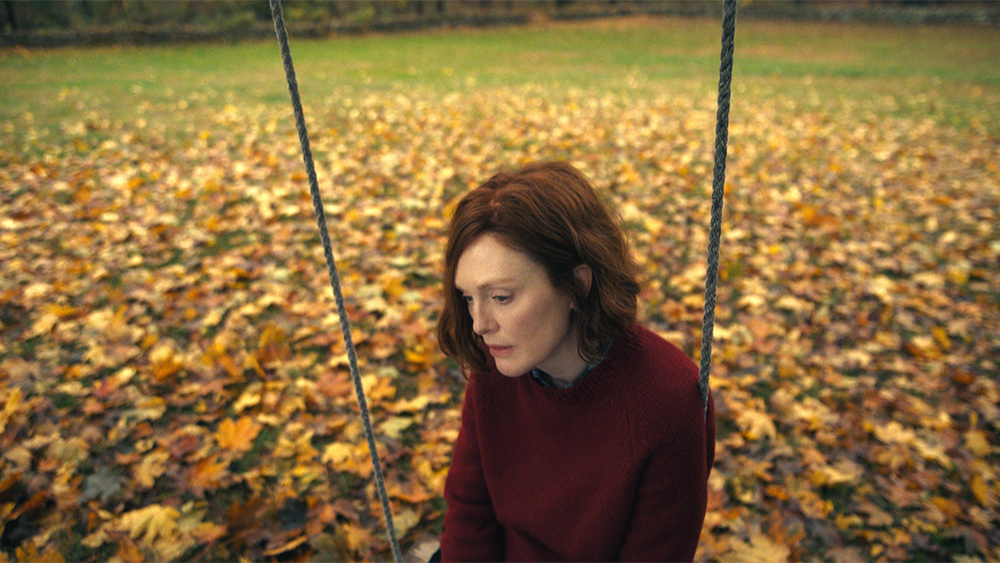 After an almost 50-year career, Stephen King has penned more than 65 books (sometimes publishing three in the same calendar year) and more than 200 short stories, making him arguably the most prolific author of our time. But when it came to adaptations of his work, he mostly wanted to leave those to (as he puts it) “film people” and “TV people” — until just a few years ago, when he caught “The Assassination of Gianni Versace: American Crime Story” on FX.

“Tom Rob Smith wrote every episode [of that limited series],” he recalls. “I watched that show and said, ‘This is absolutely fucking fantastic and maybe I could do that with “Lisey’s [Story].”‘”

“Lisey’s Story” is King’s 2006 novel that centers on the eponymous widow of a prolific author, who has to mine her memories of her love story and her husband’s tragic past, as well as his special sanctuary (Boo’ya Moon) to save her mentally ill sister from a state of catatonia and save herself from an overzealous fan determined to get his hands on her husband’s papers. Deeply personal for both King and his wife, Tabitha King, the story was first written as a what-if after he was hit by a van in 1999. For this reason, King admits he said no several times when others asked if they could adapt the story. But with the right inspiration and partners in executive producer and director Pablo Larraín and streamer Apple TV Plus, “Lisey’s Story” has become an eight-episode series that bows June 4.

For King, who spoke with Variety by phone in advance of the new show, revisiting the story, which explores themes of grief, family trauma, bloodletting and fanatacism, “was a chance to rewrite what I had done — to go back and look at it with not a lover’s eye but more of an editorial eye, colder,” he says.

Plus, “I don’t have to worry about cutting things to fit or end things so they can get to their Priolsec commercials,” he laughs. “This is a long book, but thank God for streaming because you have a chance to tell a story with a little more nuance, a little more texture to it. It’s totally immersive, working on a show, and if you’re going to take the time, you want to put your heart and soul into it.”

In doing so, he did find things he wanted to change. For example, he lowered the number of sisters the title character (played by Julianne Moore, who also executive produces) has and removed some of “the interior language of the marriage.” Other areas, though, he found held up perhaps better than expected a decade-and-a-half later, including the character of Lisey herself and his musings on fan culture.

Of the former, King says: “I wanted to see that she had a little sense of humor about certain things and I also wanted to show her temper — that this is a woman who can stand up for herself without being a scream machine like a woman in jeopardy in a standard horror movie. There’s a moment where she’s talking to Dooley and she says, ‘Go fuck yourself,’ and there’s a moment where the college professor tries to hold her up when she wants to see her sister and instead of just driving around his car, she puts the car in reverse and slams into his car. So, there’s a certain amount of anger there that goes with grief, I think.”

And when it comes to the latter, although social media didn’t exist when King was writing the novel, he had plenty of inspiration for the characters who would take their idolization of Lisey’s author husband Scott (Clive Owen) too far. He cites the man who broke into his house in the early 1990s, “convinced that I had stolen the idea of ‘Misery’ from his aunt’s head and said that he had a bomb” (he didn’t), as well as a woman who sued him in the middle of that decade “because she claimed I flew over her house and stole her thoughts.” Since then, because of the rise of social media and fan sites, he acknowledges, “the more out there you are, the greater the chance is that somebody’s going to decide to shoot you.”

Every King story has an element of otherwordliness and “Lisey’s Story” is no different. In this one, the fantastical location of Boo’ya Moon was another rich area King felt translated easily both visually and for our new time.

Boo’ya Moon is where Scott used to escape to as a child, to provide literal rapid healing from the wounds inflicted upon him and his brother by their father, but also emotional catharsis. Scott takes Lisey there and shows her a few of the special, specific areas, from the healing pool to Sweetheart Hill. Eventually she has to learn how to get back there on her own.

For the adaptation, these settings were built on “huge, huge sets in the Brooklyn Navy Yard,” says King, but Larraín didn’t “want to have an actor floating on a green screen,” the EP and director adds. Instead, for both the forest set and the pool, Larraín felt it was important to use real trees and rocks so that “everything that is near the actors is real.” Both places “are where most painful elements can exist, and at the same time it’s a place for healing and beauty. That friction between those elements somehow gave us the tool to really understand how to do it,” he says.

“It’s a mysterious place: the sun never really goes down on Sweetheart Hill, but it’s always on the verge of going down. The moon is always up on the pool and that is a place where it’s always night,” King adds. “They all read the book. I didn’t ask them to do that because the scripts should be enough. But I went into a pre-production meeting in August, a few months before we started shooting, and I saw right away that they understood what Boo’ya Moon was supposed to be.”

The adaptation also offers a more visual representation for how characters “go” to Boo’ya Moon, using a water motif that King shares was Larraín’s idea. Even in the forest, Larraín notes, he wanted it to look like “they were underwater but without the water.” In order to further flesh this out, Larraín also wanted Lisey to have a pool, so when the real-life location they found for her house didn’t have one, production dug one and “put plants around it to give it a Boo’ya Moon feel,” King recalls. “It was great, but [the owner] said she didn’t want it when we were done, so the pool isn’t there anymore.”

Larraín admits it took him a moment to fully understand, let alone believe in, the fantasy elements of the show, though. “In that respect, I was a little bit like Lisey,” he laughs. But he found unexpected commonality between Lisey’s story and that of Jacqueline Kennedy Onassis, whose tale of grief and widow status he told in the 2016 film “Jackie.”

“When we did ‘Jackie’ I learned if you lead with a structure that’s going to travel through her memory to different places and moments in her life, what’s very resonant is to have a very grounded person — to understand where is she right now and where is she going. If you understand that, then you can play,” he explains.

To make sure the audience of “Lisey’s Story” would be on the journey with his new leading lady, Larraín worked with “wide angles but close to her so you’re breathing and going through the process with her, but at the same time you’re able to experience the environment.”

Adds King: “One of the things that Pablo did that I thought was genius was he had these clapper boards that were marked with Xs — X9, X10, X11 — and they were pretty much MOS close-ups of Julianne as Lisey in various dress. When you see it cut together, what you see is that he’s coming back every time so you touch base in the present. You go back and forth in different time frames, but you always know where you are. That’s the difference between what I do with words and with the eye of a really good director like Pablo.”

King also credits Larraín with have a good eye for how much violence to show in a story that features “brutality” in Scott’s childhood, as well as the cutting behavior in Lisey’s sister Amanda’s (Joan Allen) present day and in a horrific scene when Scott’s fan Jim Dooley (Dane DeHaan) attacks Lisey in her own home.

“You have to tell the story. You have to be brave, and bravery always trumps political correctness or being too careful, but you never really see anything. It’s a little like the shower scene in ‘Psycho’ where your mind sees the knife plunging in but you never actually see it. The thing that you don’t want to do is let effects, sets, all of the wonderful things that can be done with film nowadays overwhelm the story,” ​King says.

When King first published “Lisey’s Story,” he anecdotally mentioned that his wife wasn’t thrilled with it, which he notes was because “it struck a little close to us.” So many years later, he admits he didn’t show her the scripts while he was working on them, though she has seen cuts of the finished episodes now. But Larraín had Tabitha King top of mind for much of the process.

“This show is somehow a testimony of how relevant Tabitha King is in Stephen King’s life,” he says, telegraphed through “how relevant Lisey’s character [is] in Scott Landon’s work. When he’s about to leave this planet, he needs her. That’s what the show is about, as well. And when I understood that [and understood] the meaning of someone who has been doing this for 50 years and shaped our culture, what it means to him, I wanted to honor that.”